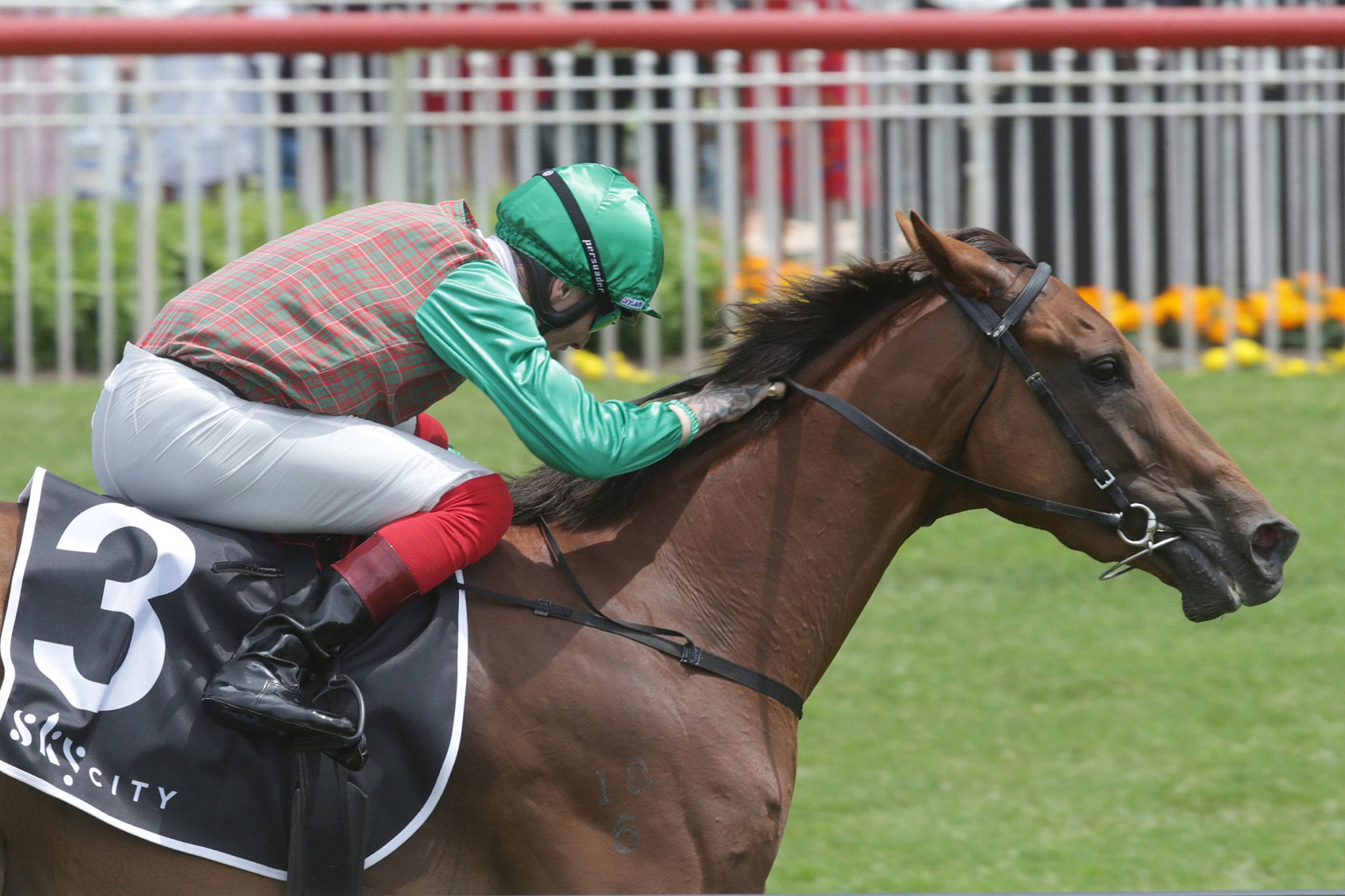 Exciting filly Travelling Light bounced back to winning form when she took out the Listed Shaw’s Wires Ropes Uncle Remus Stakes (1400m) at Ellerslie on Boxing Day. The El Roca three-year-old was having her first run since finishing third in the Group 1 New Zealand 1000 Guineas (1600m) at Riccarton last month. That was the first defeat for Travelling Light at just her fourth career start and she showed she had taken plenty of experience from the race and trip down south with a thoroughly professional performance to defeat promising colt Harlech in a desperate finish to the contest.

Stand-in rider Jason Waddell, who was substituting for the suspended Sam Collett, took a midfield sit off a torrid pace set up by My World before improving into a challenging position approaching the home turn. Waddell asked for a serious effort early in the run home and Travelling Light burst to the lead. However, the five-week break between runs looked to be taking its toll on the filly who was in danger of being run down by the fast-finishing Harlech and Hasstobegood, who both issued stern challenges in the final 100m.

Travelling Light dug deep and found plenty for Waddell as she held out her pursuers to register her fourth career success and second at stakes level having earlier won the Group 3 Soliloquy Stakes (1400m) on the course back in October.

Waddell was quick to mention the work Sam Collett had done with Travelling Light and the assistance she had given him before the race. “My condolences to Sam Collett as she has ridden this horse in every piece of work, every trial and every raceday and an untimely suspension cost her the ride,” he said. “She gave me some insight on the horse, so thanks to Sam. “She (Travelling Light) is a fantastic filly. I thought we might have been a bit closer but we got a good run and when I pulled her out at the corner, she wobbled a bit and we probably got there a bit soon. “She’s as brave as they come though.”

Owner Col MacRury was still trying to catch his breath as he waited in the Ellerslie birdcage for the filly he co-bred and owns with his father Ian. “That’s really special, especially for the breeding looking further down the track,” he said. “The granddam (Bay D’Ore) was a Te Akau Racing horse that we owned in partnership. We bought her and bred the dam Cissy Bowen and now this filly. “People always say to you that you’re mad putting the money into horses but when you love it and you really believe in the family then days like today are just fantastic.”

MacRury advised that another tilt at a Group 1 prize was next on the agenda for the filly. “She needed that run today as she had 14 days in the paddock after the Guineas,” he said. “She did that on sheer ability today and she will definitely go to the Levin Classic (Group 1, 1600m) next.” The Group 1 Levin Classic (1600m) is the feature event at Trentham on January 11.