Fillies out to seal 1000 Guineas claims 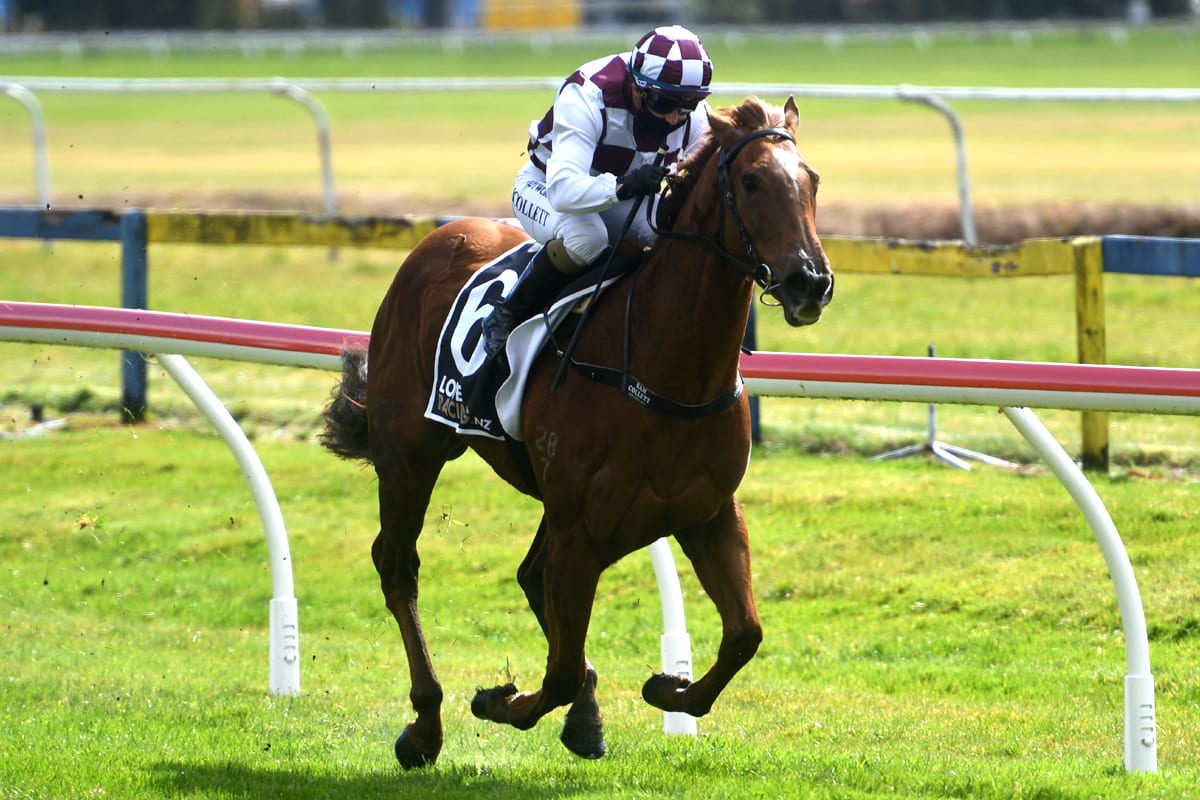 TAB bookmakers have Babylon Berlin at $12 and Vitesse Bo at $31 for the 1000 Guineas on November 14. “Babylon Berlin has shown she’s up to it and the other filly is really progressive. I was looking at the Soliloquy for her too but the mile and the bigger track will suit her better down south. If she ran in the Soliloquy, she would have needed the right draw and everything to go right,” Foote said.

A winner of three trials before racing, All Too Hard filly Babylon Berlin was a 4-1/2 length debut winner at Rotorua in August before two narrow defeats, finishing third in the Group 3 Gold Trail Stakes (1200m) at Hastings by a neck and a head then second to Mega Bourbon by a head over 1200m at Te Rapa last start.

“On her work, she’ll definitely run out a strong 1400m but we’re a bit in the same boat as Travelling Light last year in that we’ll have to get a bit of cover and the problem with that is she’s lightning quick out of the gates,” Foote said.

“We just want to see her take a sit as we work towards the 1600m at Riccarton. We drew the outside the other day at Te Rapa and couldn’t get cover. She sat outside the leader and just got left in front a long way out, which wasn’t ideal. She’s just got to learn to run it right out.”

Foote produced Travelling Light to win last year’s Soliloquy Stakes but she was unable to lead throughout in the 1000 Guineas and was run down to finish third behind Loire and Jennifer Eccles. He expected Babylon Berlin to give the stable a great chance of making it successive wins in the Soliloquy, a three-year-old fillies race normally run at Ellerslie.

“I don’t have any doubts that she’ll be right there. Just the run in the race will determine whether she’s one, two or three,” he said.

Proisir filly Vitesse Bo is a half-sister to Group 1 Levin Classic (1600m) winner Travelling Light. Foote believes she is more a staying type than her El Roca-sired sibling. “She’s big and strong and a really good doer, just not quite as natural as Travelling Light was,” Foote said. “She’s so laidback so she’s taken a bit of work to sharpen her up. We want to make the 1000 Guineas field if she’s up to it so she’s going to have to go super-well on Saturday and run in the first three.

“If she’s not up to it, we’d go home and get her ready for summer and autumn racing but I really think she will measure up and the mile is her go. She’s drawn out a bit but at Riccarton it’s not going to make too much difference over a mile. Hopefully Terry (Moseley, jockey) can position up midfield or better and she gets home well from there.

“We’re hoping she’s an Oaks filly. After Riccarton, we’ll get her back home and look at races like the Eight Carat Classic (Group 2, 1600m) and Royal Stakes (Group 2, 2000m) at Ellerslie after Christmas then build her up from there.”

While the two fillies are Foote’s only runners on Saturday, he has been far from idle, preparing nine youngsters for the New Zealand Bloodstock Ready To Run Sale. “They all breezed up really well and in good times. We had a couple run the quickest times without any real pressure on them,” said Foote, whose horses mainly sell under the Riversley Park banner.