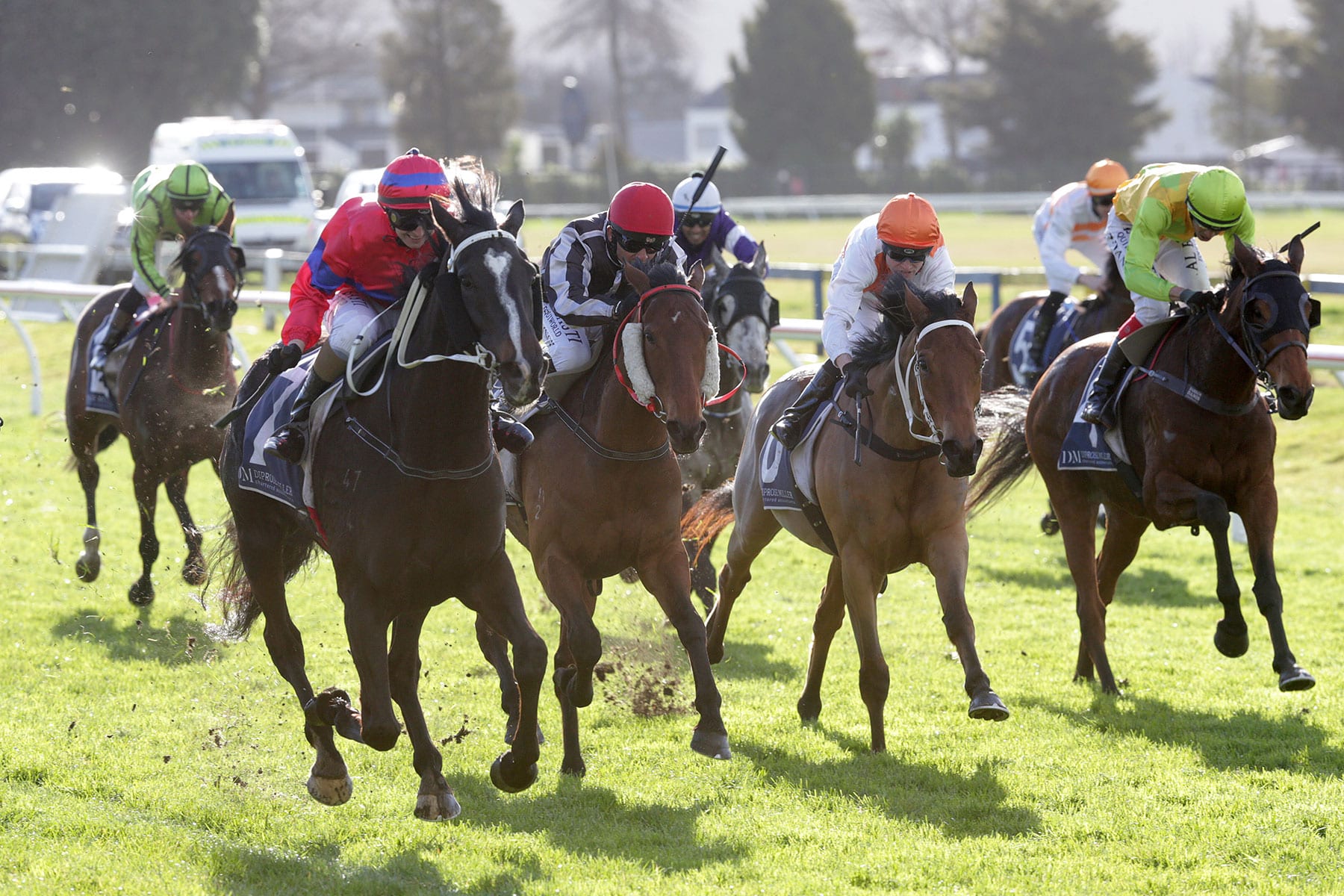 Trainer Nick Bishara capped off a wonderful 2018/19 racing season with a winning double at Rotorua on Saturday including taking out the day’s feature event, the RSA Taumarunui Gold Cup (2200m) with Verry Flash. Fresh from taking out the race prior to the feature with promising four-year-old mare Cherry Lane, Bishara was confident he could make it a winning double with Verry Flash who had finished an unlucky third at Te Rapa in his most recent run.

Bishara retained his faith in apprentice Rebecca Scott who was aboard that day and she repaid Bishara with a heady ride that saw her sit patiently near the rear throughout before improving into a challenging position with 700m to run. Verry Flash loomed into contention early in the run home and proved too strong in the final stages as he defeated Opaki visitor Strolling Vagabond with race favourite Obsessive close up in third.

Bishara, who has more than doubled his previous best tally of wins in a season along with experiencing Group 1 glory as an owner through star three-year-old filly Verry Elleegant, was all smiles after the race. “It’s just terrific to win the Taumarunui Cup as a lot of my relatives started out in the area,” Bishara said. “I’m sure they will all be popping out of the woodwork tonight.”

Considered talented enough to take his place in this season’s Group 1 Auckland Cup (3200m), Verry Flash vindicated Bishara’s high opinion of his staying talent with the victory. “It was probably a year too soon for the Auckland Cup, but he was going so good we thought we had to have a crack,” he said. “He was always going to be a good stayer and he is still on the way up, which is the scary thing. “We will put him aside now for a couple of months and then try and get some black-type with him. “He will probably run fresh-up in the Karaka Classic (Listed 1600m) in September and then come back to Rotorua for the Listed 1950m race in October.”

The victory also provided a pivotal career moment for Scott who is still eligible to claim a three-kilogram apprentice allowance. “I knew he could win the race, I just had to ride him properly and he gave me his all out there,” Scott said. “I wanted to be a little bit handier when we jumped but he managed to creep up on the inside and he just made gaps himself as he was travelling that well. “He is a really good stayer in the making as I could hardly pull him up after the line as he wanted to go around again.”

Verry Flash is the older brother of multiple Group 1 winner, Verry Elleegant, and has now won six of his 22 career starts for owner-breeder Don Goodwin and Bishara.