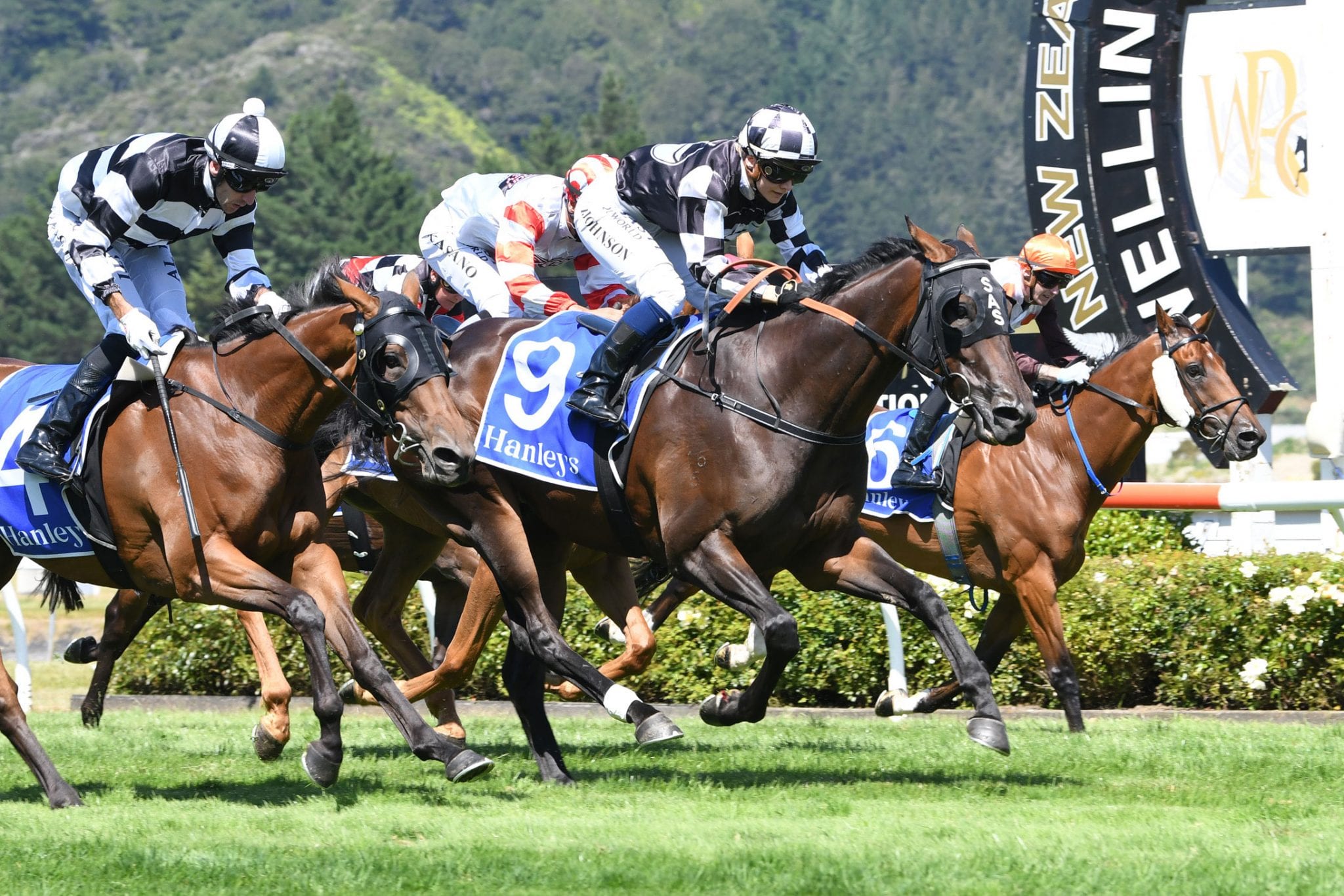 Well-related and talented staying mare Our Hail Mary scored a strong win in Saturday’s Group 3 Dixon & Dunlop Trentham Stakes that counted for much more than its $70,000 stake. Previously placed at Listed level as a three-year-old, the lightly raced mare took the next step and claimed big black type for the first time in her 13-start career.

“I think she’s cemented herself as a future broodmare now,” trainer and part-owner Allan Sharrock said. “She’s by Ocean Park out of a sister to Shez Sinsational (the Ekraar mare Repenting), so she’s got the pedigree behind her and the family is really firing at the moment.”

Back-to-back victories in lead-up races earned $4.20 favouritism for Our Hail Mary on Saturday, despite being disadvantaged under the set weights and penalties conditions of the Trentham Stakes.

The five-year-old also had to overcome a less-than-ideal trip, never given the chance to settle into a smooth rhythm as defending champion Camino Rocoso threw down the gauntlet and opened up a 20-length lead down the back straight. But Our Hail Mary answered every question that was asked of her, and when jockey Danielle Johnson called on her to quicken in the straight, she responded.

The Taranaki mare surged to the front with 150m to run, and when Fiscal Fantasy came at her with a big late challenge, she summoned even more to hold on by a long neck. “I’m proud of the mare, it wasn’t easy for her today,” Sharrock said. “There was a lot of pressure on all the way and she had to work hard, but to her credit, she really kept on giving.”

Johnson was similarly impressed with her mount’s tenacity. “There was never really any let-up in the run, so she was never able to get on the bit and start travelling,” she said. “She had to work all the way, so it was a very good win. She’s got a nice future as a stayer, especially in some of those Cup races next season where she’ll be a lot better off at the weights than she was today.”

Our Hail Mary is now the winner of six of her 13 starts, with the prospect of much more still to come. “Over ground, I believe she’ll get to the top level,” Sharrock said. “But I’m not going to ask too much of her this time. I’ve got things like the Waikato Cup (Group 3, 2400m) in mind for next season. There are a couple of fillies and mares’ races coming up over the next few months, those could be nice options for her.”

Fiscal Fantasy’s second placing was a welcome return to form for the three-time Group 3 winner, who tailed the field home in the Group 1 Zabeel Classic (2000m) at Ellerslie last start. She finished a long neck ahead of Riverton raider Dr Velocious, who ran a bold race for third at big odds.