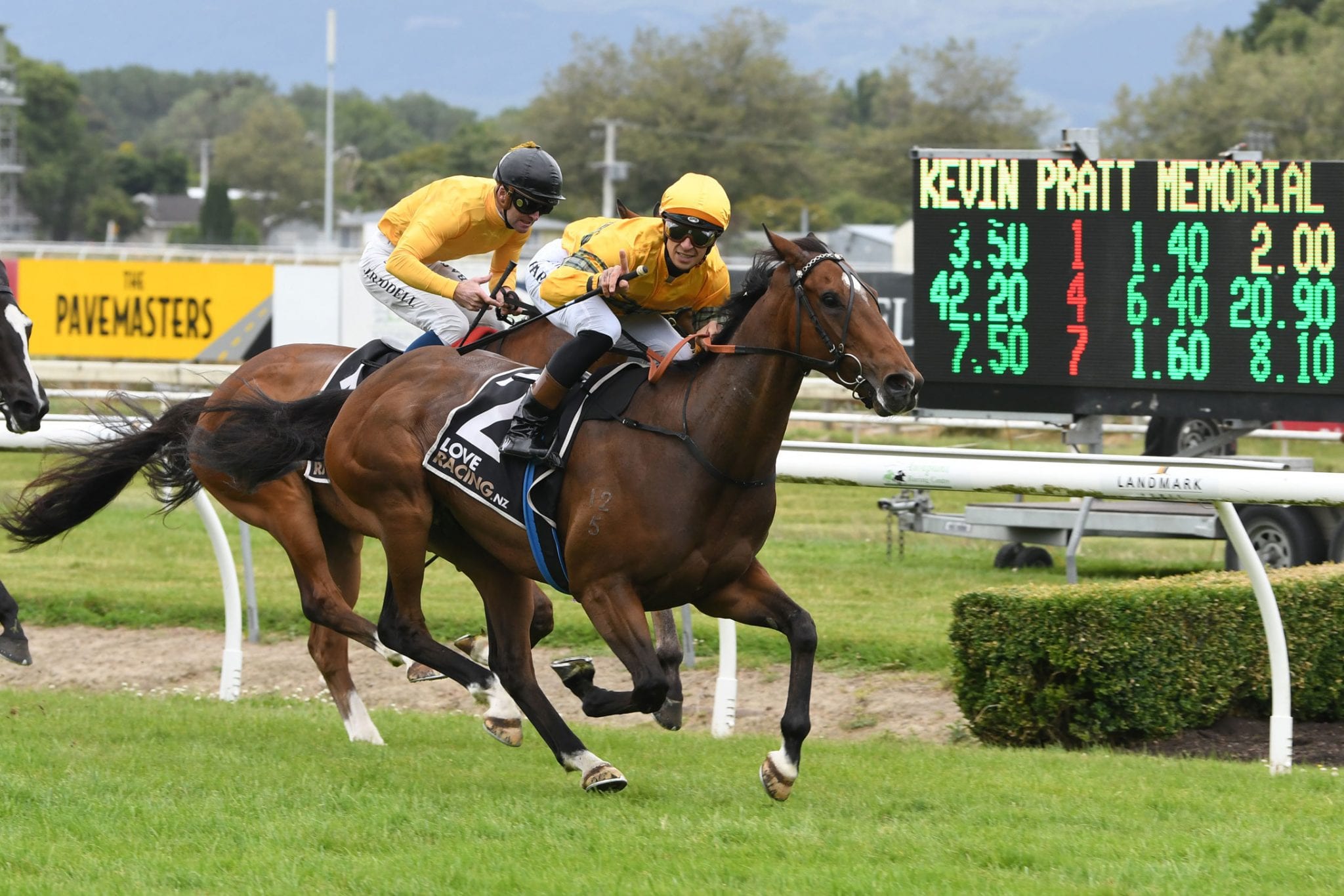 “It’s the old battler’s tale. The little horse from humble beginnings up against the expensive Fastnet Rock mare, and she’ll take some beating too,” Sharrock said assessing Tavi Mac’s clash with four-time Group 1 winner Avantage, the TAB’s $1.65 favourite for the Telegraph.

Seabiscuit was a similarly small, ugly-duckling American galloper who became a national hero during the depression, leading to his match-race win over War Admiral at Pimlico Racecourse in 1938, inspiring several movies.

Tavi Mac has won 10 of his 15 starts but chased Avantage when second in the Group 2 Foxbridge Plate (1200m) at Te Rapa last August and also in his only start at Group 1 level when he finished sixth to her third in the Tarzino Trophy (1400m) at Hastings in September.

“I can’t fault him. He’s glided through his last couple of wins,” Sharrock said. “We’ve increased the intensity but he’s loved it and he’s right on top of his game at the moment. But he’ll need to be to beat the mare (Avantage).

“Look at the Foxbridge Plate. He swished his tail and made her work all the way to the line for her win that day. And he’s improved out of sight since then. He’s a far more polished racehorse now. But as we saw in the Railway, she’s improved a lot since then too.

“But he’s in outstanding condition for this. His coat has come back to me again. He’s peaking again and his work suggests he’s at his best.”

Tavi Mac’s clash with Avantage promises to be the highlight of a premier day of racing at Trentham on Saturday and could embellish Sharrock’s record as a breeder too.

Sharrock co-bred Tavi Mac along with his owners Hector and Ann McCallum and the late Joe Fleming and is hoping the Tavistock five-year-old gelding could emulate his previous Group One co-breeding success with I Do. “I’ve got some lovely mares around me at the moment: Twoznotenough, Madonna Mia, I Do, all mares I’ve developed on the racetrack,” Sharrock said.

“I’m looking out at Bellaroof (Tavi Mac’s dam) in the paddock and she’s in foal to Contributer, has a Time Test filly at foot and a Highly Recommeded yearling gelding. “All of hers have run and won but Tavi Mac has been the best of them. Mind you he was probably the worst on type. But the next time one like him comes along I’ll be grabbing him without second asking.”

Sharrock said he would assess Tavi Mac’s Telegraph run before deciding on his next move but suggested the chances of a start in the Group 1 Harcourts Thorndon Mile (1600m) at Trentham on January 30 were “remote”.

“If he happened to win, we’d look at the (BCD Group) Sprint at Te Rapa (on February 12) but he’s been up a long while and you’d like to think races like the Tarzino Trophy (1400m at Hastings next August) and Windsor Park Plate (1600m at Hastings next September) were his type of races. “Knowing me, I might slip his shoes off on Sunday and give him two months in the paddock too.”

“I’m going to the races with four horses that couldn’t be going any better. Three of them are at their peak and Waisake still has another turn of the screw ahead of the Wellington Cup,” Sharrock said. “Emma (Davies, Sharrock’s partner) was flat holding Sinarahma in her work over 600m in 39 seconds the other morning. She was fair dinkum bolting.

“Our Hail Mary is poorly off at the weights under the set weights and penalties but she’s on an upward trajectory. Her work on Tuesday was enormous. She’s a gorgeous mare and she’ll eat up 2100m.”