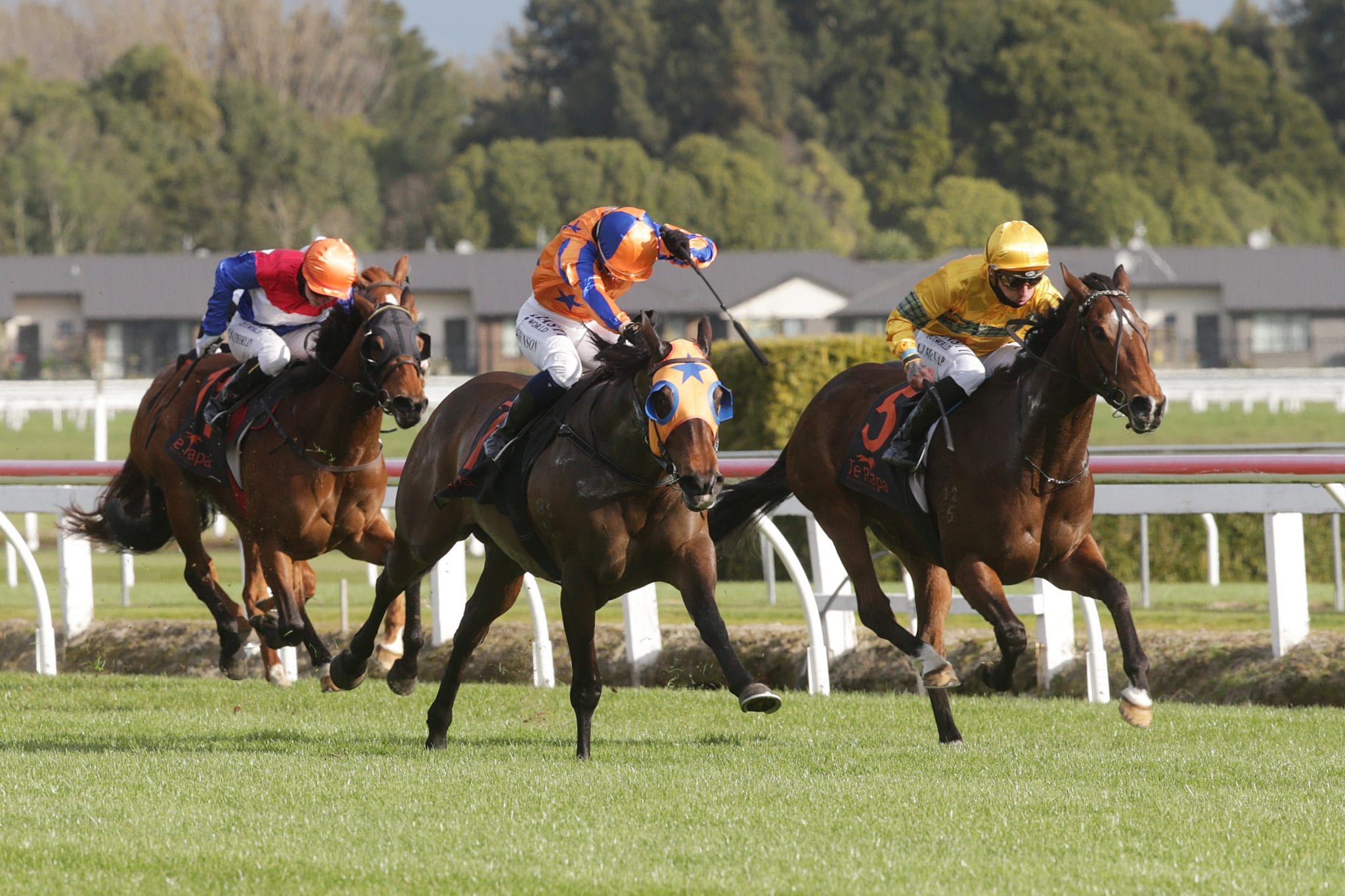 New Plymouth trainer Allan Sharrock had a golden run in the Group 1 Tarzino Trophy (1400m) a few years ago, winning three on-end, and he is hoping he can add a fourth to his mantlepiece after Saturday.

Sharrock’s first victory in the race came in 2014 with I Do and he followed that with victories in the 2015 and 2016 editions with Kawi. He will contest this year’s race with pocket rocket Tavi Mac, who while small in stature has proved to have an iron willpower, evidenced by his brave runner-up performance behind Avantage in the Group 2 Foxbridge Plate (1200m) at Te Rapa earlier this month.

“It exceeded my expectations, but he is that sort of horse,” Sharrock said. “He has got a bit of a following and is one of those genuine little fellas that doesn’t want to give in. “He would make a great halfback for the All Blacks, this fella.”

His diminutive stature is in stark contrast to Sharrock’s dual-race winner Kawi, but Sharrock believes Tavi Mac’s determined character far exceeds his stable predecessor. “Kawi was a beast,” Sharrock said. “He was 16.2 hands and half a tonne. This horse is 14.3 with a sway back and probably only 450kg.

“I don’t think it (track conditions) worries me either way. He has broken 1.22 for 1400m and he is capable on wet ground. “They are meant to get rain on Thursday and Friday, so I think it will hold a genuine dead and that holds no fears for me.”

Tavi Mac’s biggest danger in the race is last start vanquisher Avantage and Sharrock believes it will be a mammoth task to beat the Jamie Richards-trained mare. “Class is permanent and she is all class,” Sharrock said. “I have had those sort of horses myself and I have won that race three times. “She is by far the hardest to beat and probably only bad luck will beat her.”

Tavi Mac will be joined on his trip across the North Island by stablemate Waisake, and Sharrock is expecting a bold showing from the six-year-old gelding. “Waisake is going for the (rating) 65 2000m,” he said. “Troy (Harris) rides him and he will be very competitive. “He has had two runs for two fourths over a mile. By Zed over 2000m, that will be a nice race for him.”