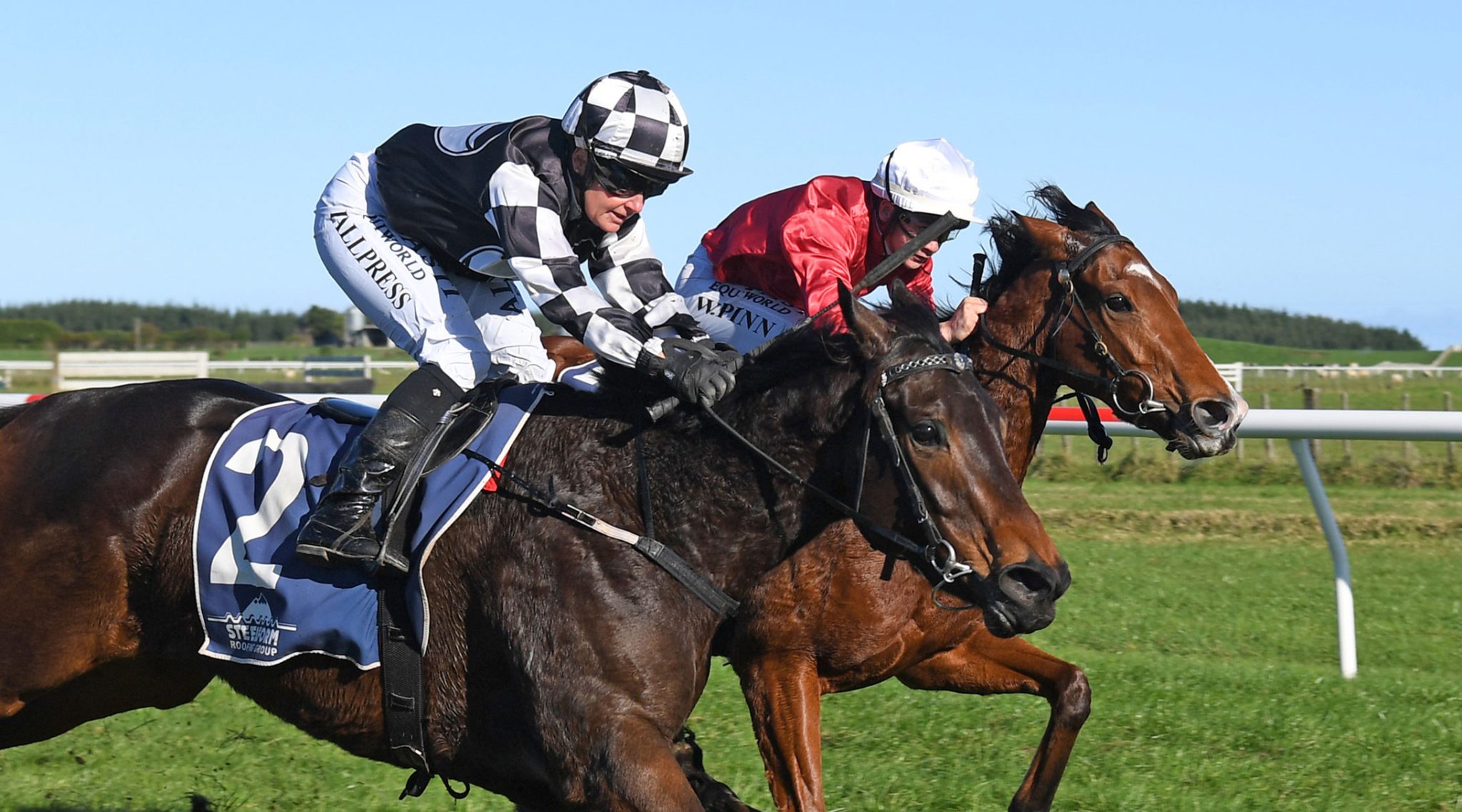 For all of New Zealand trainer Allan Sharrock’s three runners at Hastings on Saturday, potential black-type targets are looming large on the horizon – including a shot at the season-opening Group One feature that holds a special place in Sharrock’s heart.

From 2014 to 2016, the New Plymouth trainer celebrated three consecutive victories in the race now known as the Group 1 Tarzino Trophy (1400m) – firstly with quality mare I Do, followed by back-to-back successes with Kawi.

This year he hopes to tackle the weight-for-age feature with emerging mare Darci La Bella, who has been an impressive winner of six of her 10 starts to date including a bold first-up victory at Waverley on June 4.

“Safely through this race on Saturday, I’d like to freshen this mare up for the Foxbridge (Group 2, 1200m) at Te Rapa in August,” Sharrock said. “From there, we’ll see if we can get her back to Hastings for a crack at that first Group One. She’s really not a bad filly.

“She was a pretty impressive winner first-up, and her sectionals were very good in that race too. She’s come through that run in great order, and she won a jumpout nicely last week.

“She’s putting together a tidy record, winning six out of 10 so far. She doesn’t get beaten often, and I’m expecting her to be hard to beat again.”

Darci La Bella is a younger half-sister to her Group Two-winning stablemate Tavi Mac, and that theme of family familiarity extends through Sharrock’s other two runners on Saturday.

A four-year-old son of Zed, Ladies Man has recorded two wins and four placings from seven starts so far. He resumed at Trentham on May 21 – his first start since September of last year – and flew home for a close second.

“He got home very nicely,” Sharrock said. “I think he’s a very good horse going forward. He’s going to have a light winter, I’m not going to ask too much of him over the next few months, and his main aim could be a Wellington Cup (Group 3, 3200m) in January.”

Justaskme, a three-quarter brother to I Do, is the clear topweight for Saturday’s Taradale Club Mile (1600m). The eight-race winner will be ridden by Jeetesh Mudhoo, whose four-kilogram claim brings his impost down to a more manageable 58 kilograms.

In his most recent appearance, Justaskme was runner-up behind Amusez Moi in the Listed AGC Training Stakes (1650m) at Waverley.

“He was brave for that second placing in the weight-for-age race last time out,” Sharrock said. “I don’t think I’ve quite had him 100 per cent all season, but he’s just starting to look the way I’d like him to now.

“His big weight left me with no choice but to put a four-kilogram claimer on him on Saturday. He’s not the easiest for an apprentice to ride, so it’ll be a matter of seeing whether he can really get him going in the straight.

“We might look at the Opunake Cup (Listed, 1400m) after this, but realistically retirement is probably just around the corner. There’s not a lot else you can do with a horse like him, who always gets such big weights in these handicaps through the winter.”

Sharrock also has a talented team of six entered for New Plymouth on Friday, welcoming racing back to his home track after several months of renovations following multiple abandonments in February.

The well-related Tavi Ann and Fleming are interesting first-starters, while talented filly Catsacharmer – an impressive winner of two races around this time last year – is set to make her first start in more than six months.