Stakes target in the offing for Tavattack 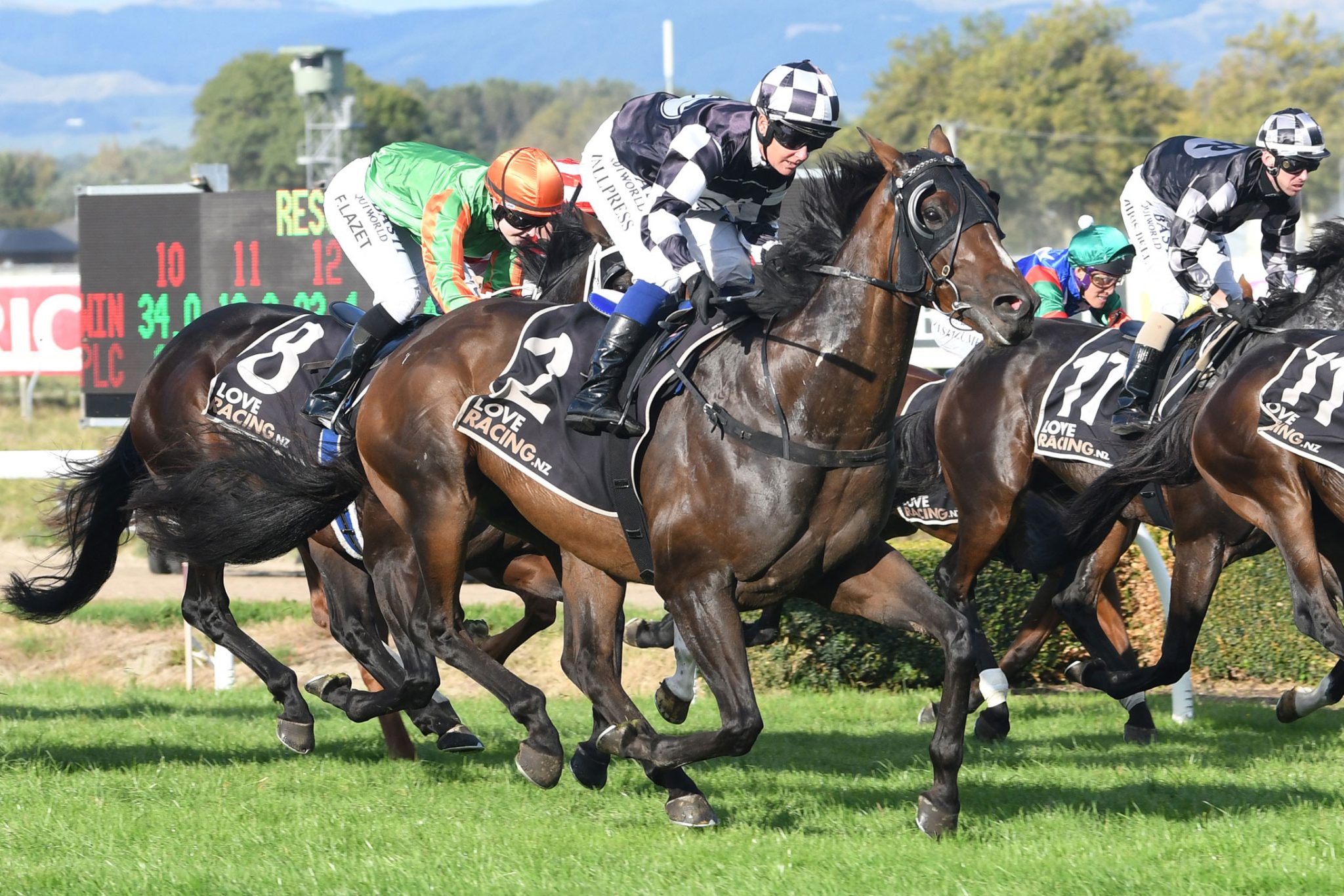 A stakes target is in the offing for Tavattack after he made it back-to-back wins in the Resonant Premier (1600m) at Awapuni on Saturday.

New Zealand trainer Allan Sharrock was pleased with the run and said he is now contemplating a return to the Palmerston North track for the Listed Manawatu ITM ANZAC Mile (1550m) later this month with the gelding.

“I thought his win was solid and his sectionals in his last two races have been very good,” Sharrock said.

“He is a progressive horse. He is now rated 75, whether we have one more crack at a 74 with a claimer on or we go to the ANZAC Mile with him off the minimum, we’ll make that decision in the next couple of weeks.”

Sharrock is looking forward to heading back to Awapuni on Friday where Sinarahma will contest the Group 3 JAPAC Homes Manawatu Breeders’ Stakes (2000m).

The Group One performer heads into the race in good form having won the Listed Wairarapa Thoroughbred Breeders’ Stakes (1600m) three starts back before posting the same result in the Group 3 Cuddle Stakes (1600m) at Trentham last month.

“She has come through the Cuddle Stakes in terrific order,” Sharrock said. “We have been buoyed by Janelle Millar’s horse (Zola Express).

“I thought the boys might be a bit smart for us in that race but as it turned out Janelle’s mare was too good for them.”

Sharrock will also line-up Our Hail Mary in the Open Mile.

The daughter of Ocean Park will be fresh-up on Friday after her unplaced run in the Group 2 Avondale Cup (2400m) in February.

“Our Hail Mary is fresh,” Sharrock said. “I think first time right-handed (in the Avondale Cup) she didn’t cope with it too well. She cross fired and knocked her back leg. I would forget that completely.

“She won a jumpout at Hawera last week. I am not saying she can win the open mile, but she will be competitive.”

A trip north could be on the agenda for both mares later this month if they perform well on Friday.

“Our Hail Mary will probably have a light autumn and then go to stud, so will Sinarahma after this campaign,” Sharrock said.

“Both of those mares will head to the Travis (Group 2, April 30) over 2000m at Te Rapa, providing their form is good enough.

“They are both going to be very valuable broodmares and I look forward to breeding from them.”