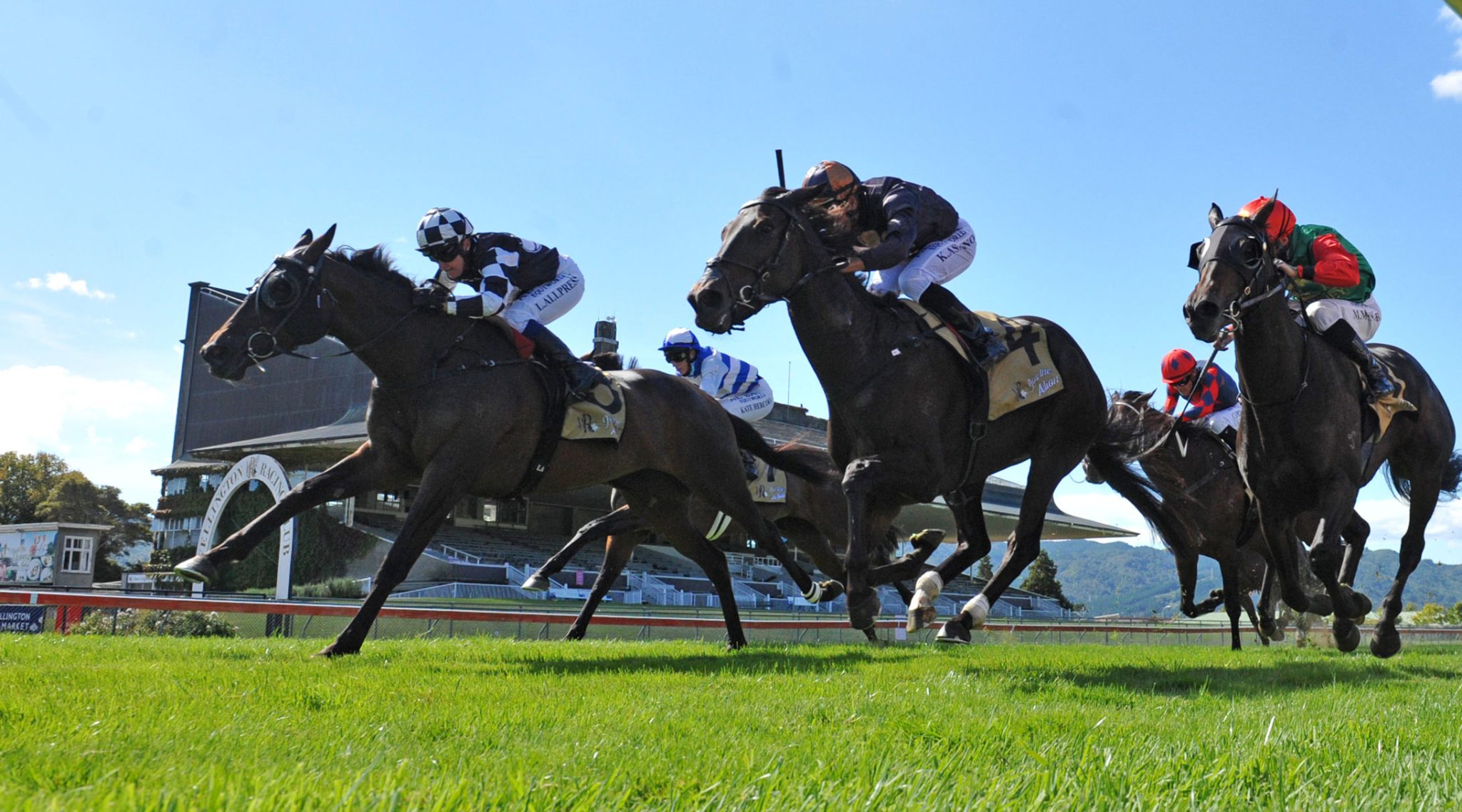 Closely-related mares Sinarahma and Our Hail Mary may be signing off on their racing careers this weekend.

New Zealand trainer Allan Sharrock said both Sinarahma, who contests the Group 2 Travis Stakes (2000m) at Te Rapa, and Our Hail Mary, due to run in an open 2060m handicap at Wanganui, could be headed to the breeding paddock after they race on Saturday.

“It will probably be her last run and she’ll be off to the broodmare paddock next year. She’s done a bonny job for us and she’s out of a champion mare,” the New Plymouth trainer said.

At her last start Sinarahma was a close second to Charms Star in the Group 3 Manawatu Breeders’ Stakes (2000m), and she has trained well since, but Sharrock said she had a tough task at weight-for-age to beat Two Illicit, a Group One winner who finished third in the Group 1 New Zealand Thoroughbred Breeders’ Stakes (1600m) two weeks ago.

“But on paper we can’t beat Two Illicit. She’s got to have bad luck and we’ve got to have good luck. Just on her last run, Two Illicit was outstanding.”

Our Hail Mary has also put together a great resume, winning eight of her 24 starts, including last year’s Group 3 Trentham Stakes (2100m) and this year’s Listed Marton Cup (2200m).

However, since her Marton Cup victory she’s raced four times and finished no closer than fifth, which was where she finished in an open 2100m handicap in the hands of Leith Innes at Te Rapa on April 16.
“If she runs anything like she did at Te Rapa she’ll probably be retired and go to stud as well, and she will be a bonny broodmare,” Sharrock said.

“She doesn’t seem to have the same enthusiasm. Leith (Innes, jockey) said that at the 700m she was going to win by three lengths, and 200m later she was battling for fourth position.”

Sharrock said he hoped Our Hail Mary, whose dam Repenting is a full sister to Shez Sinsational, could return to form at Wanganui but that she didn’t owe her connections anything more.

“It’s a bit disappointing, but that’s horses. She’s a six-year-old mare and she’s probably looking for a boyfriend,” he said.

Sharrock will have a strong team at Wanganui, with Our Hail Mary being joined by Tavattack, Justaskme, and Justfixit Wuldya.

Tavattack has improved a great deal as the 2021-22 season has progressed. He has won his last two races and should have a very good chance of making it three in a Rating 74 event over 1600m.

His rating means he is due to carry 60.5kg at Wanganui, though Sharrock has engaged apprentice Elen Nicholas to ride him to take advantage of her three-kilogram claim.

“He’s a smart horse on the way up who’s turned the corner,” Sharrock said.

“We’re using this race as a lead-up to the James Bull Rangitikei Gold Cup (1600m), the Listed race at Trentham in three weeks.”

Sharrock said Tavattack was likely to be put in the spelling paddock after the Trentham race and would probably return in October or November.

“He’s going to be a smart horse next year,” he said.

Outstanding winter galloper Justaskme resumes in an open 1360m handicap at Wanganui, with Nicholas also aboard, but Sharrock said he isn’t expecting much until tracks get wetter.

“He looks super, but he’s just a runner’s chance,” Sharrock said. “It will probably be too firm for him and he’s carrying a lot of weight.”

Sharrock said Justaskme is likely to have Saturday’s race and one other to get him ready for his first serious target for winter will most likely be the Listed AGC Training Stakes (1600m), run under weight-for-age conditions at Wanganui in June.

His other runner this Saturday will be Justfixit Wuldya, who contests a Rating 65 2060m event at Wanganui, six days after finishing last in a similar event at Awapuni.

“He’s done well since Sunday, but that race was very disappointing,” Sharrock said.

“I don’t think his bloods have been 100 percent so we put him back out in the paddock. I’d forget that run entirely, and in a race like his on Saturday he should be very competitive.”