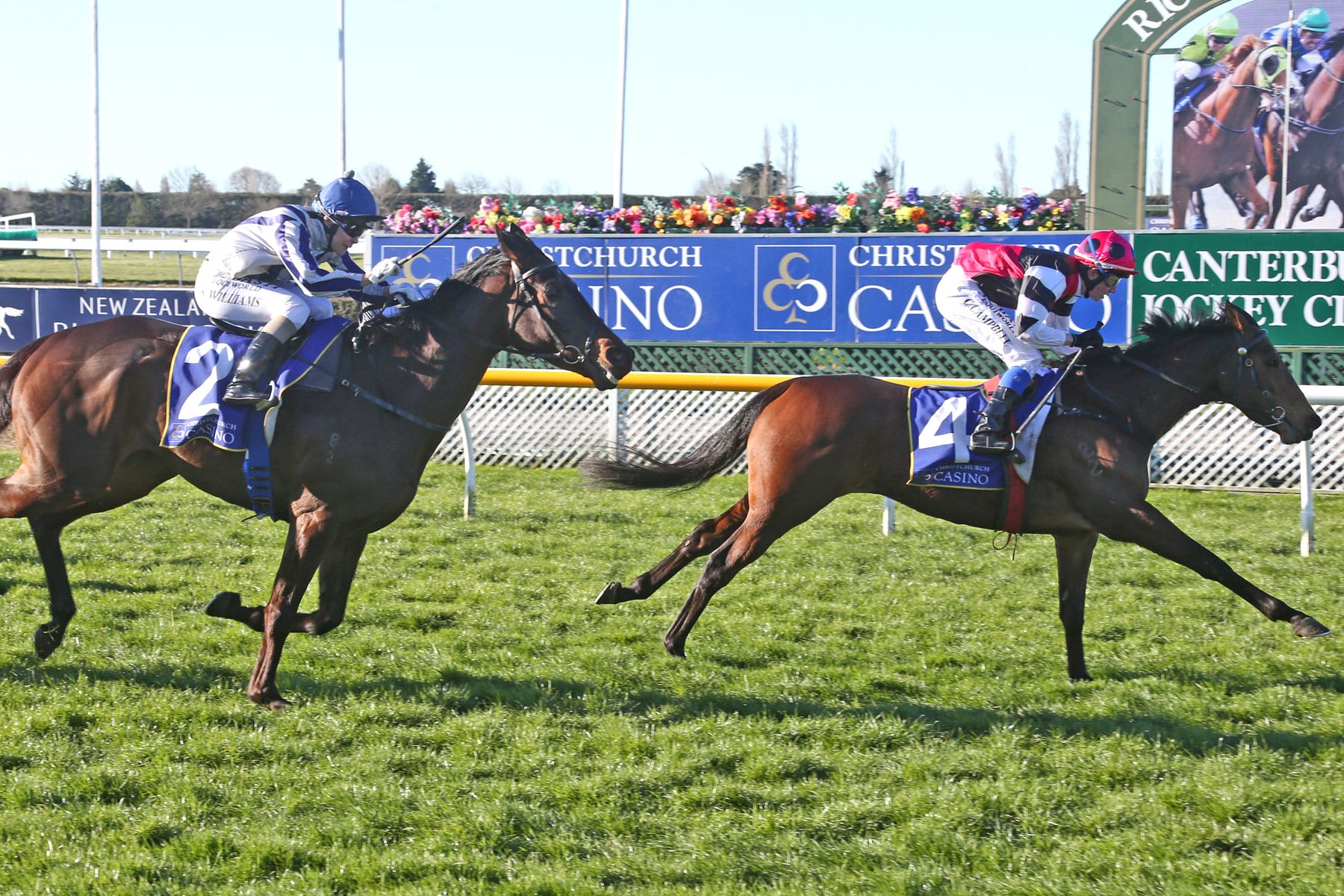 New Zealand trainers Kelvin and Aimee Tyler will once again hold a strong hand at their home meeting at Riverton on Thursday where they will line-up 16 runners.

The father and daughter training partnership will have a three-pronged attack in the meeting’s feature race, the DT King Transport (1600m), with Flying Sardine, Rosie Glow and Transcendent.

Fifteen-win veteran Flying Sardine will be out to add to her tally before she heads to the broodmare paddock next season.

The eight-year-old mare was unplaced in the Group 3 Canterbury Gold Cup (2000m) a fortnight ago, and her trainers believe she will appreciate the drop back in company this week.

“It was just a bit sharp for her up there (Riccarton). That last race at weight-for-age was a pretty hot field,” Kelvin Tyler said.

She will drop back to a mile on Thursday where she will lumber 61kg, and with all bar stablemate Transcendent carrying more than 60kg, Tyler said she will be hard to beat on the rain-affected track.

“The heavy track looks to suit her and she comes in quite good at the weights, so I think she is a good chance,” Tyler said.

“I know she is not a very big horse, it’s still a bit of weight for her, but I think she is weighted to win the race.”

Tyler doesn’t have any plans in-mind for Flying Sardine but said this will be her last season of racing.

“We will just tick her over,” he said. “If she continues to race well we will keep going with her, but this will be her last season.”

Stablemate Transcendent will carry just 54kg, 6.5kg less than her nearest rival, and Tyler said she will thrive on the wet track first-up.

“She comes into it really well at the weights,” Tyler said. “She will improve with the run, but she loves the wet tracks and she has come up really well this year.”

Rosie Glow will complete Tyler’s trio in the race, and she heads into Thursday in good form, with a win and placing in her last two starts.

“She has got a bit of weight (61kg) to lug around, she’s not an overly big horse. I can’t fault her either,” he said.

Tyler is looking forward to supporting his local club and highlighted King Of The Castle in the Bullet Courier And Tony Roy Building (1400m) as his stable’s best chance after placing on debut.

“I think King Of The Castle will go a good race, he will be one of my best chances of the day,” Tyler said.

“It’s always good to line-up a few on your home track and support local racing.”