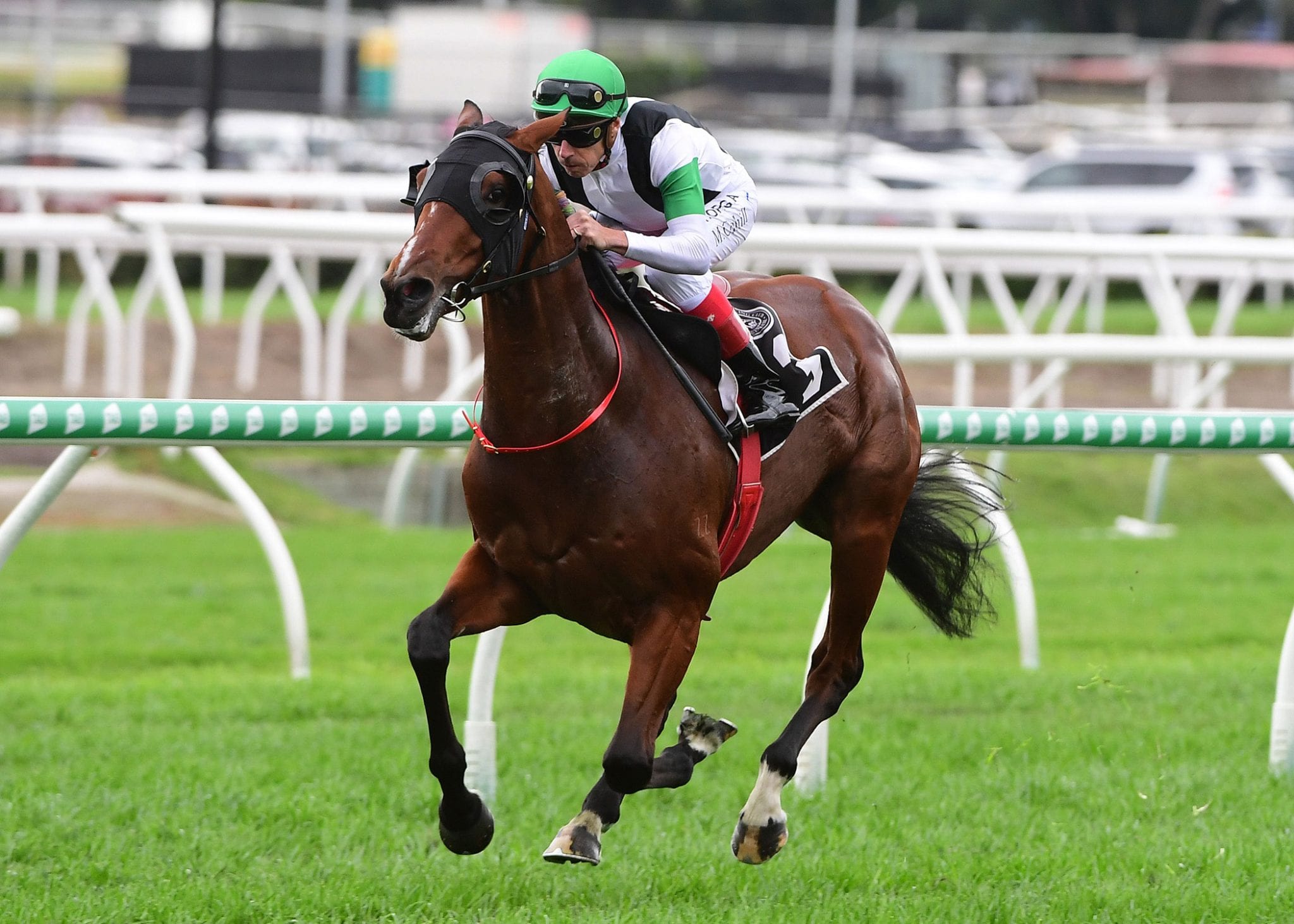 The Tony Pike-trained two-year-old gelding Tutukaka ticked the first box as he makes a long-range bid for the Group 1 VRC Derby (2500m) with a dominant victory in the Listed Tattersall’s Life Member Stakes (1830m) at Eagle Farm on Saturday.

Ridden by Michael Cahill, the half-brother to Melody Belle always looked in control when sitting outside the leader and posted a four-length winning margin over runner-up Balmaurice.

The victory was the first from four starts for Tutukaka, who put the writing on the wall with a third placing in the Listed The Phoenix Stakes (1500m) three weeks earlier.

“He relaxed beautifully. I said to Michael before the race that Tony rang me to say to take bad luck out of the equation and race outside the leader,” McNab said.

“This is the race he came here for, so we couldn’t be happier.

“He’s probably still six months away and the idea was to bring him here to Queensland and get his rating up to get him to the Derby in Melbourne.

“He will fly him back home on Tuesday week.

“Tony doesn’t miss anything. He had this race in mind, then head to Melbourne, so we are on track.”

Like his 14-time Group One winning half-sister Melody Belle, Tutukaka was bred by Marie Leicester and sold through Haunui Farm’s draft at the New Zealand Bloodstock National Yearling Sale, fetching $250,000 to the bid of Pike on behalf of a group of investors.

He becomes the 31st stakes winner for the late Cambridge Stud stallion Tavistock.

Cambridge-based Pike has previously come close to winning the Group 1 VRC Derby, having prepared Sacred Elixir to finish second on the back of a Queensland Winter campaign as a juvenile, where he won the Group 1 JJ Atkins (1600m).