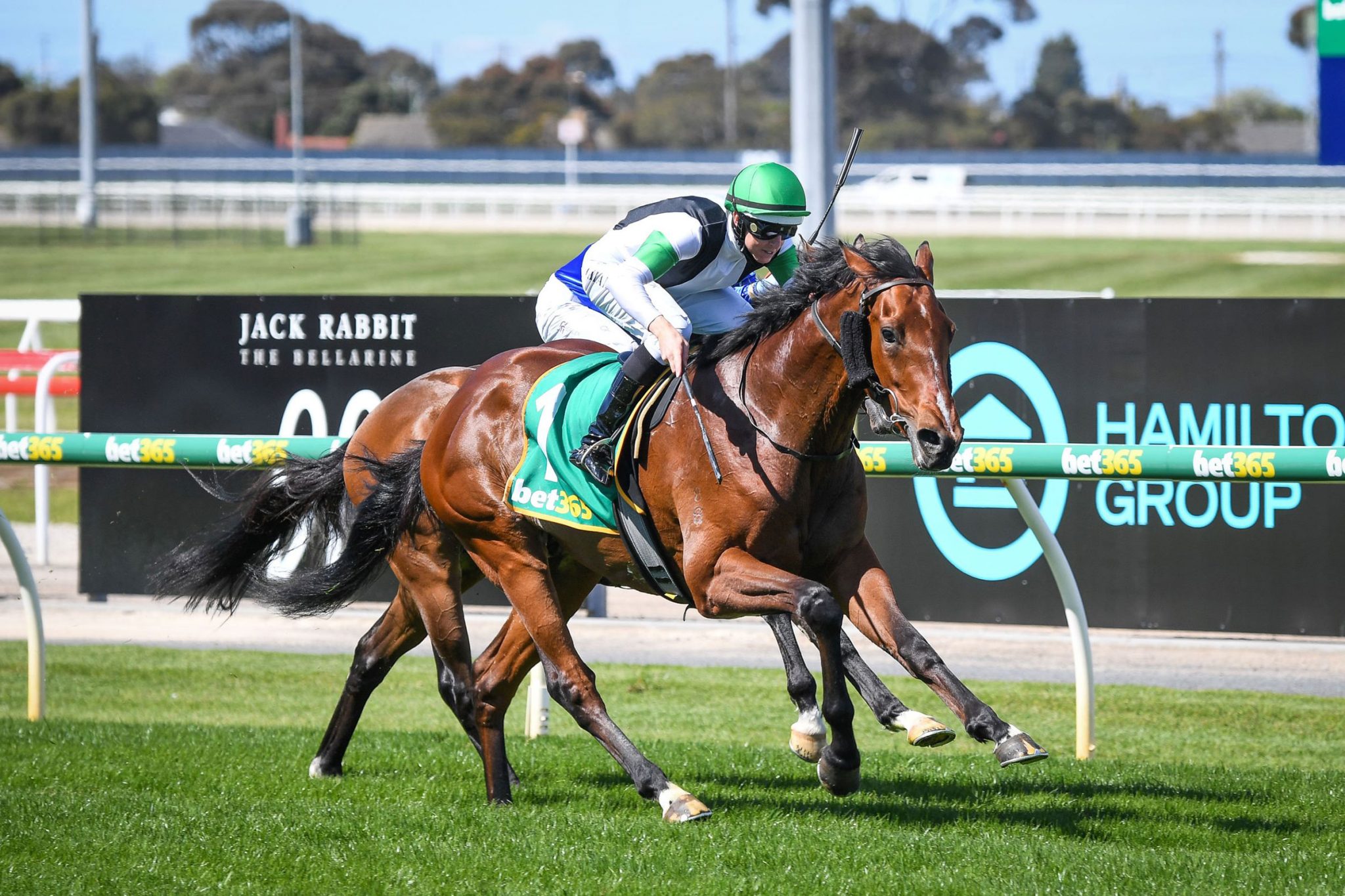 The Tony Pike-trained Tutukaka confirmed his staying prowess when powering home to land the Listed Geelong Classic (2200m) on Wednesday under a patient Damian Lane ride.

The Tavistock gelding raced too fiercely when fifth in the Listed Super Impose Stakes (1800m) earlier in the month, and the decision by Pike to remove the blinkers and replace them with winkers and to ride the horse conservatively proved a masterstroke.

Tutukaka, who is named after the picturesque coastal town located east of Whangarei, will now head to the Group 1 Victoria Derby (2500m) at Flemington on Saturday week and is rated a +1100 chance in a market headed by fellow Kiwi breds Forgot You (+250) and Gunstock (+300).

“He led up at a strong tempo with the blinkers and he was still a bit fresh last start. That run really brought him on,” Lane said.

“Credit to Tony Pike, he’s such a good trainer of these young stayers. Big thanks to Tony Noonan and his staff that are looking after him. He was really good today.

“I didn’t think there’d be much tempo on paper and lucky for us it worked out that there was strong tempo and that was always going to suit this horse – a genuinely run 2200m. He was obviously strongest late.

“He’s a tough horse who has always shown he’ll want a trip so hopefully in ten days’ time he’ll be right there.”

A half-brother to 14-time Group One winner Melody Belle, Tutukaka was bred by Marie Leicester and sold through Haunui Farm’s draft at the New Zealand Bloodstock National Yearling Sale, fetching NZD$250,000 to the bid of Pike on behalf of a group of investors.

Pike has previously come close to winning the Victoria Derby, having prepared Sacred Elixir to finish second to Prized Icon in 2016.