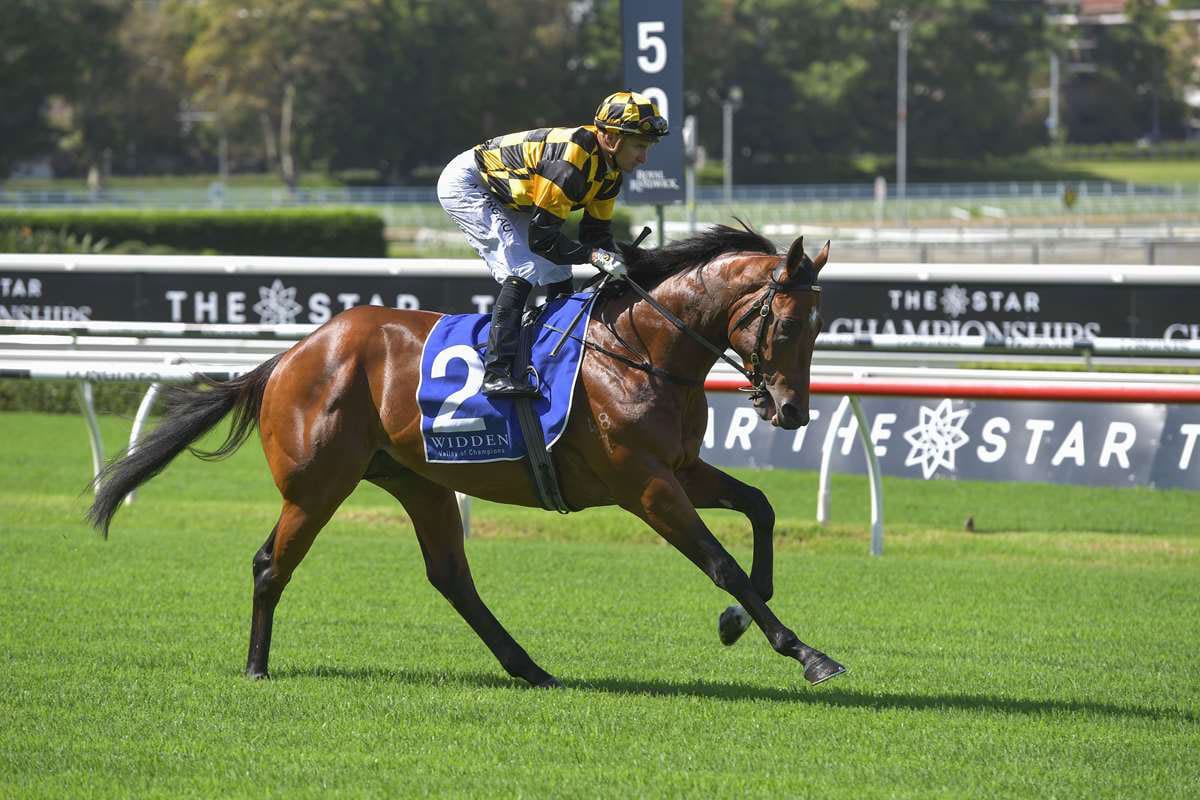 New Zealand trainer Tony Pike is confident he can figure in the thick end of the prizemoney in a Queensland stakes race for the second weekend in succession.

The stable was represented by dominant Listed Tattersall’s Life Member Stakes (1830m) winner Tutukaka at Eagle Farm last Saturday, and Pike is expecting a good showing from talented three-year-old Not An Option in Saturday’s Group 3 Winx Guineas (1600m) at the Sunshine Coast.

The Not A Single Doubt colt disappointed when 11th in the Group 3 Fred Best Classic (1400m) at Eagle Farm in late May and Pike has deliberately given the Eagle Farm track a wide berth with the colt before taking aim again.

“I think he can bounce back to form. I’m just putting that last run down to the Eagle Farm track, he trialled brilliantly at the Gold Coast last Tuesday,” Pike said.

“Michael Cahill galloped him this morning and he felt sensational.

“After a great first-up run we’re just putting it down to the Eagle Farm track, it tripped up a lot of horses this carnival. We can’t fault the way he is going.

“We’re expecting a much-improved performance and it wouldn’t surprise if he is winning on Saturday.”

Not An Option has only run once at 1600m when running a solid sixth in the Group 1 Champagne Stakes as a juvenile but Pike believes the horse will be suited by the step up in distance.

“His pedigree suggests a mile and probably further should be right up his alley. With that trial under his belt at the Gold Coast it should be perfect.”

Pike has enjoyed a good association with Queensland rider Michael Cahill over the years and he is booked to ride Not An Option on Saturday in a race both trainer and rider combined to win previously with The Bostonian in 2018, before returning the following year to land the Group One double of the Doomben Ten Thousand (1200m) and Kingsford-Smith Cup (1300m).

Pike is pleased with the feedback as to how the Group 1 VRC Derby (2500m) aspirant came through his exertions last Saturday.

“He has come through it in great order. He was expected to win that, but he couldn’t have been anymore impressive and was strong through the line,” he said.

“It was nice to set him up for his three-year-old season. He will come home on July 6 and have two or three weeks in the paddock and then I’ll try and get him ready for the VRC Derby in Melbourne.

“We did give some thought to spell him in New South Wales but because of the logistics around COVID, it is a bit tricky with staff.

“We thought the safest option was to get him home, he is only going to have a short break anyway, then we can pick and choose when we want to head to Melbourne.”

Pike supported a theory that fellow trainer Michael Moroney espoused, whereby horses bound for spring targets in the colder climbs of Victoria are better having a break in a jurisdiction like New South Wales, where the Winter temperatures are not as warm as Queensland.

“We have done it a few times, where we have spelled them in Queensland, and it is almost like they have missed a season. If you spell them in Queensland and then take them to Melbourne, they almost get winter coats for three or four weeks before they pick up again.

“We had that experience with Sacred Star and quite a number of horses over the years that we have left there, where surprisingly enough they can go backwards a little bit in the first week or two in the colder climate.”

While an avid fan of the Queensland Winter Carnival, Pike said the unknown of whether horses would handle the much talked about Eagle Farm track was a concern.

“The Brisbane Racing Club have been great to me over the years, we have had a huge amount of success over there, so it is not for me to go bagging the track,” he said.

“Talking to some of the interstate operations that support the carnival quite heavily, the major concern amongst a lot of the trainers and jockeys is the track is not performing up to what it should be.

“On Saturday it was a Good4 and really after Tutukaka’s race they were in the middle of the track and by the end of the day they were on the outside rail.

“I don’t know how they fix it, but to continue to get the support from the interstate trainers they are going to have to look at it going forward.”