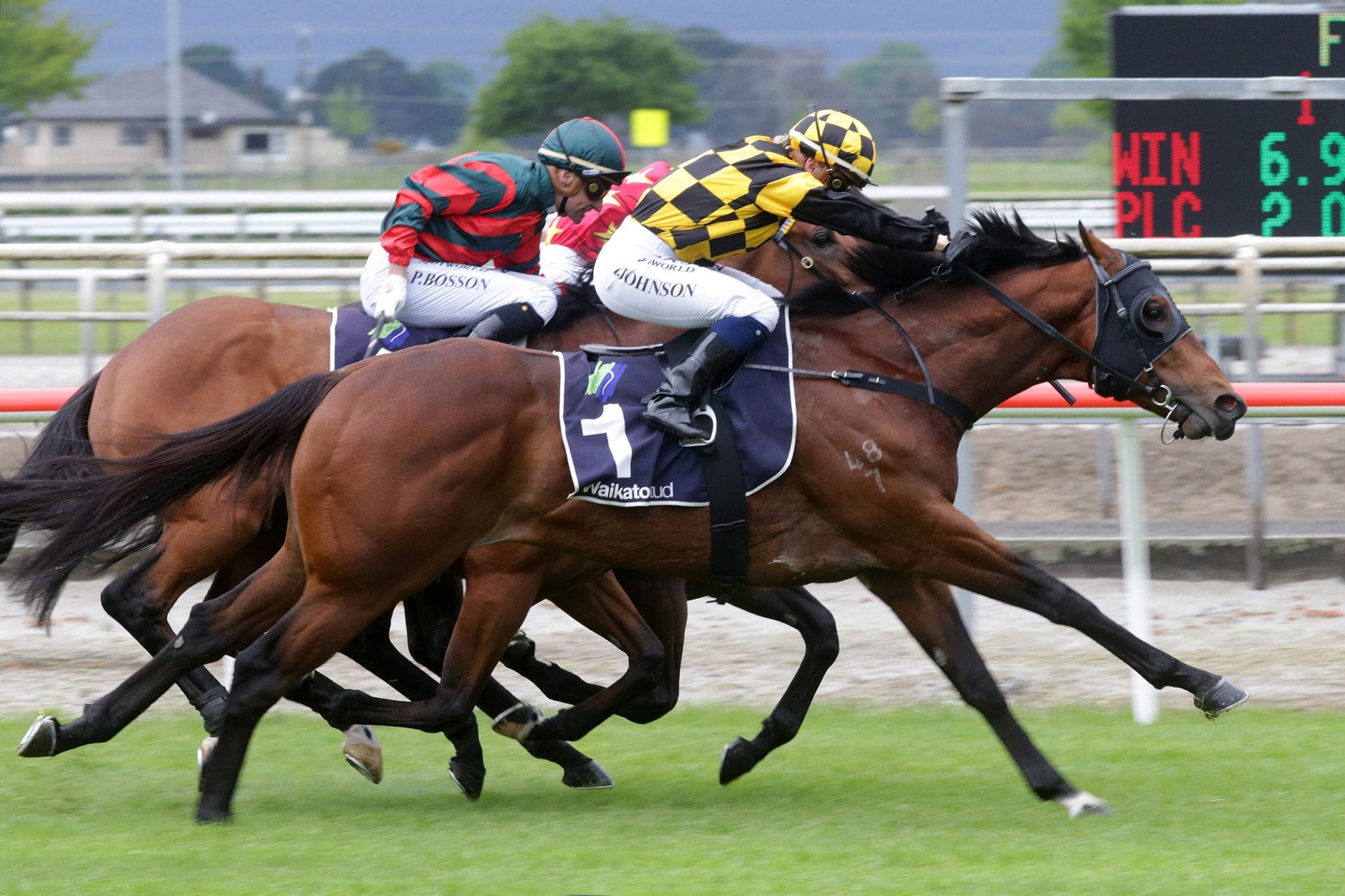 New Zealand trainer Tony Pike got his attack on the Queensland Winter carnival off to a good start with exciting three-year-old Not An Option resuming in fine style from a lengthy layoff with a fast finishing fourth over 1350m at Doomben on Saturday.

A Group Two winner as a juvenile, the Not A Single Doubt colt had been set aside after suffering a cardiac arrhythmia issue when finishing last at Te Rapa back in October.

An eye-catching run for second behind stablemate Kali at the Taupo trials last month had Not An Option fitted for his raceday reappearance on Saturday, with Pike keen to see him perform to expectations as he looks forward to more ambitious targets in the coming weeks.

“We knew he would need the race on Saturday and I wasn’t too sure how he would cop the slow track, but he went a terrific race,” Pike said.

“He got left flat footed early on but his last 600m was super as he made up many lengths in the run home.

“He had a good blow afterwards, so I would think he will take plenty of improvement from the run.

“At this stage we are looking at the Fred Best Classic (Group 3, 1400m) in a fortnight at Eagle Farm where he will definitely appreciate the roomier track.

“It looks like he will be running into a few guns there including Ayrton, who is unbeaten in Melbourne, but I think he will be competitive with the improved fitness on his side.

“There are plenty of options for him before we send him for a break which is likely to be in Brisbane and then we might head to Melbourne in the spring.”

Highly regarded two-year-old Tutukaka tried hard to give his trainer a winning bonus on Sunday when he finished an eye-catching second over 1400m at the Sunshine Coast.

The Tavistock half-brother to champion mare Melody Belle was sent forward by rider Michael Cahill from an outside barrier to sit beside pacemaker and eventual winner, Tiger Heart during the race. Despite being dropped by that runner early in the home straight, he battled back strongly to finish a game second to the Tony Gollan-trained race favourite.

“We’re happy with that as he is still very green,” Pike said.

“Michael was really bullish when he came back in as he said he just got lost a little and flat-footed on the corner but was hitting the line strongly in the end.

“It was a bit of a repeat of his first start when he did something similar and Michael said he looks an ideal type for the JJ Atkins Stakes (Group 1, 1600m) next month.

“That is what we have been thinking as well so we will press on as long as he pulls up well.”

Pike did pick up a win on the local scene on Saturday with progressive three-year-old Dawn Parade storming home out wide in the home straight to capture the last race at Rotorua.

“He’s a talented horse who has been quite immature mentally which has held him back a little,” he said.

“We rode him cold on Saturday and that suits at this stage as he has plenty of ability and he did the job nicely in the end.

“I think he gets through wet ground alright although it might have been more his talent that got him home on Saturday that a real liking for heavy going.

“If the tracks hold up okay for the next couple of weeks there is a race for him at Ellerslie at the end of the month or we might just tip him out and come back for the spring.”