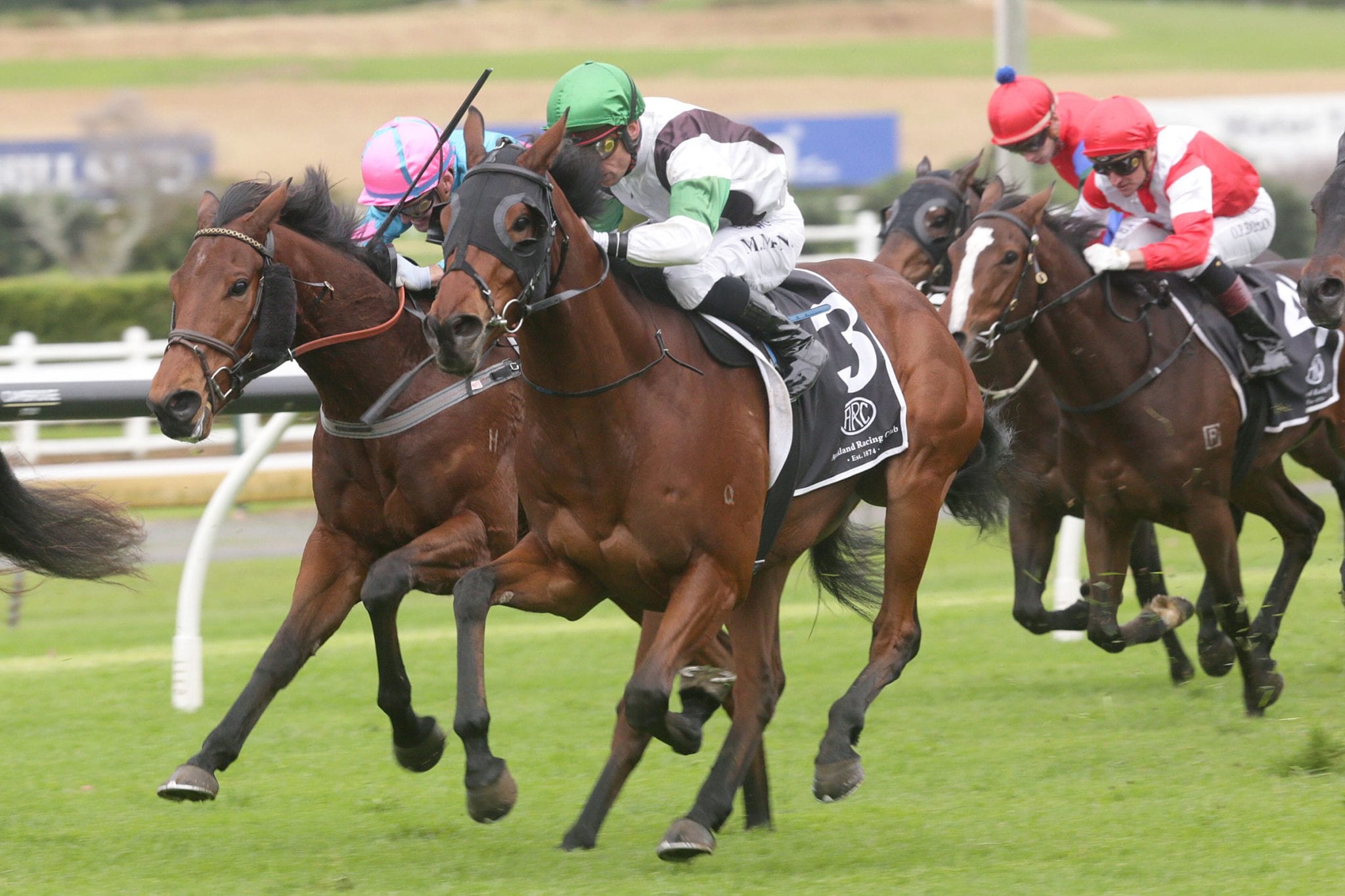 Promising New Zealand galloper Dawn Parade showed he will be a force to be reckoned with next season when he downed a handy field of three-year-olds over 1400m at Ellerslie on Saturday.

The Tony Pike-trained son of Dawn Approach has taken his time to get his head around the racing game but has now put together back-to-back victories that indicate he is starting to get the hang of it all.

Ridden cold at the rear of the nine-horse field by in-form jockey Michael McNab, Dawn Parade was spotting pacemakers Bari and Illumination up to ten lengths as the field made their way around the Ellerslie home bend.

McNab didn’t panic as he guided his mount to the outside of runners to make an irresistible run from the 300m that saw him sweep past Bari in the last few strides to win in impressive fashion.

Pike managed to catch the race on television from his Brisbane lodgings before heading to Eagle Farm where he had talented three-year-old Not An Option contesting the Group 3 Fred Best Classic (1400m) later in the day.

“He (Dawn Parade) has always been talented, but he was mentally immature in his first campaign,” Pike said.

“We put him away for a spell and then resumed at Hastings last month which was a bit of disaster.

“He got caught wide, over-raced and threw his toys out of the cot, so we decided we needed to just ride him quietly and let him do things under his own steam.

“We did that at Rotorua last time and he won well, and he looked even better today.

“It was a lovely ride by Michael and the horse showed what we have always thought he had in him.”

Pike will give his charge a breather now and get him ready for a potential spring campaign in Melbourne.

“There is still plenty of improvement in him and while he handles all track conditions, I think it is a good time to back off and give him a nice break,” he said.

“If he can keep up his development then I know his connections are keen to test him in Melbourne during the spring where he can work his way through the grades while racing for good money.”

Dawn Parade is owned by Nancy Wong under her Thoroughbred Trader banner, Zu Li and Waikato-based Bloodstock agent Bryce Tankard. He was purchased for NZ$180,000 out of the Kilgravin Lodge draft during the 2019 NZB Ready To Run Sale at Karaka.

Pike was also pleased with the run of debutant There You Go, who caught the eye when third in the Listed Mainland Auckland Futurity Stakes (1400m) behind impressive winner Atullibigeal.

“She’s a staying filly who we popped in the race, mainly as a throw at the stumps,” Pike said.

“She had won a trial quite nicely at Avondale and has come on well since then.

“I thought she went a cracker of a race, making good ground late and she looks a very promising type for next season.”

Unfortunately for Pike and the connections of Not An Option, the Not A Single Doubt colt didn’t fire in his assignment, finishing towards the rear in the Group Three feature won by local runner Apache Chase.