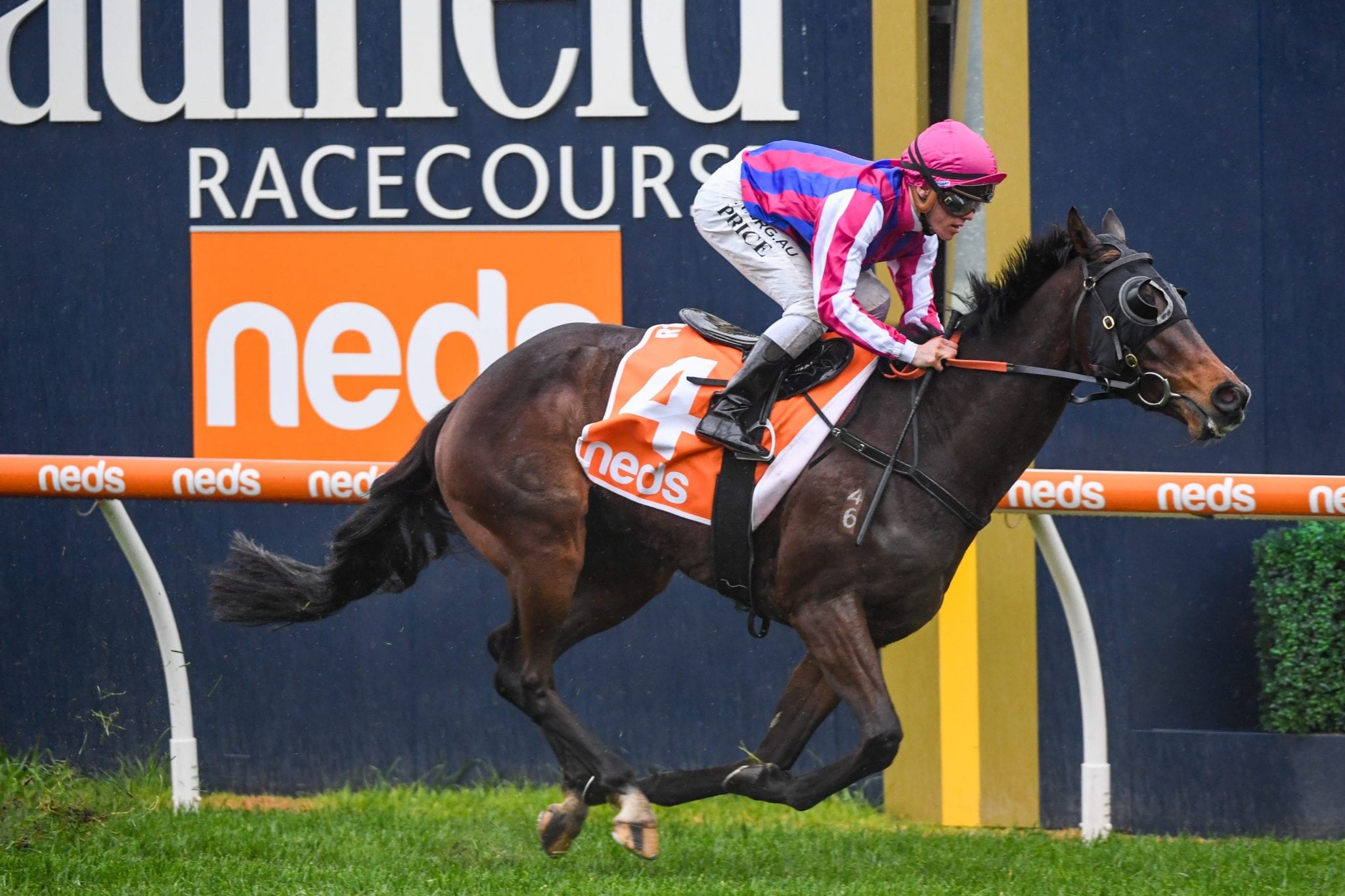 Cranbourne trainer Francis Finnegan is confident Kiwi import Lord Bouzeron can again foot it with some of the better late-season three-year-olds when he returns to Caulfield on Saturday. The son of Burgundy will contest the Mark Needham Handicap (2394m) a fortnight after winning impressively on Australian debut for Finnegan, having transferred from his sister-in-law Chrissy Bambry’s stable in New Zealand, for whom he won trials at Foxton and Otaki in June.

The small but athletic gelding will again be ridden by three kilo-claiming apprentice Will Price, who notched his first metropolitan win aboard Lord Bouzeron with a polished front-running ride. Finnegan said the claim would again be important after Lord Bouzeron went up six rating points for his last-start win. “Will rides very well and getting three kilos off a horse of that stature is very valuable,” Finnegan said. “We will learn a lot more on Saturday. He is an incredibly tough little horse. When Will got off the other day he said he couldn’t believe how tough he was through the line. He has obviously been well schooled in New Zealand. “When you ask him to go he just puts his ears flat back and gallops.”

Rated a $5.50 chance, Lord Bouzeron will take on a field which includes Persan ($3), the winner of four of his last five starts, in addition to impressive Cranbourne winner Grinzinger Allee ($3.70). “Persan has been going well and is consistent but he carries top-weight and I think Grinzinger Allee is the one to beat,” Finnegan said. “He is a very good horse and has a great turn of foot.”

While Lord Bouzeron’s last-start victory was on a deteriorating Soft7 track, Finnegan believes a better surface will not be an issue. “There is a little bit of rain about but it won’t be as wet as last time,” he said. “The track won’t be a concern, it is just if a horse like Grinzinger Allee gets over the top of him. “Lord Bouzeron won on a Good2 in New Zealand and has the most lovely action. He is a really athletic horse.”

Finnegan is hoping the good run of form for the family can continue, with his sister-in-law Chrissy Bambry recording 11 wins and six placings from her last 20 starters in New Zealand. “Chrissy is having a good run and we are having a good run here too with 11 wins for the season and 13 placings from less than 60 runners,” he said. “Between the two of us we seem to be going alright at the moment.”

One of Finnegan’s recent winners include impressive maiden hurdle winner Wolfe Tone. The New Zealand bred son of Mettre En Jeu won at Pakenham last Sunday and will once again be set on a path to the A$300,000 Jericho Cup (4600m) in December, a race he finished ninth in last year. “We thought he would be right in it last year but he got a bit lost when he dropped the bridle coming down the hill. He is a serious jumper and we thought he would win the other day and thankfully he did.

“He is only five, and is 17 hands, so hopefully there is a bright future for him. “We might not do much more jumping with him this year. If the ground stays okay we might run him in a Benchmark 120 hurdle but there would be nothing flash for him. “There is qualifying races at Echuca and Moonee Valley to get back to the Jericho in December. “He picked up a lot of prize money last year so we are quite fond of the horse but you wouldn’t want to play cards with him. I think he would have a few up his sleeve.”

Finnegan and his wife Sam are a hands-on duo who have called Australia home for a bit under a decade, with the Irish native having trained with success in New Zealand, including preparing Eileen Dubh to win the Group 1 Levin Classic (1600m) in 2009. “I’m very hands on, we only have eight boxes and have seven in work,” Finnegan said.

“To get 11 winners this year in a place like Melbourne is quite hard but we have some lovely owners. “We take a few horses for the Moore family of Soliloquy Lodge in New Zealand each year and it is good. “We have plenty of work to do but at least we don’t have to wait on any staff to turn up on a Monday morning either.”