Bambry in search of stakes breakthrough 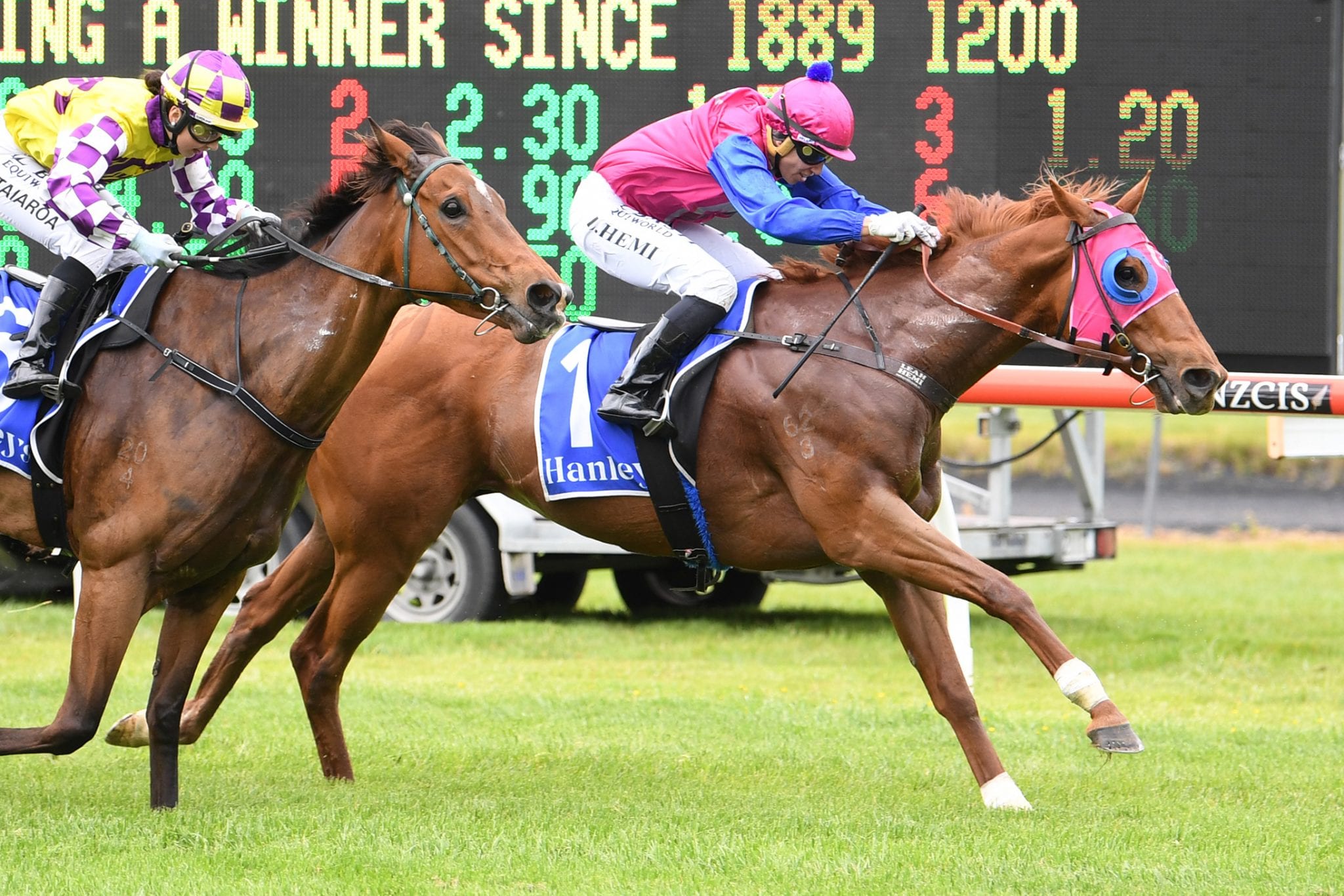 Venerable galloper Deerfield is in search of a first stakes victory when he contests Thursday’s Listed Courtesy Ford Levin Stakes (1200m) on what promises to be a rain-affected Otaki track. The seven-year-old has had a lengthy campaign which has netted five victories from seven starts this term for Foxton trainer Chrissy Bambry, who part-owns the son of Falkirk with her parents Tony and Judith and sister Samantha.

The gelding rarely runs a bad race and Bambry would love nothing more than to see her hardy sprinter record his 10th career victory in stakes company. “I think he is a good chance and the rain will be an assist. The wetter the better for him,” she said. “He just trains on the water treadmill and only goes on the track to gallop, which he does very little of. “That is the way we have been able to keep his legs quite fresh and his mind fresh. He lives in the paddock as he hates being in a box.”

Bambry said the consistent gelding would likely have a short break after his Otaki run and before potentially targeting the Group 1 Telegraph (1200m). “If he went for a break, it would be a bit of a freshen-up, more than a lengthy break as he gets a bit keen in his paddock after a while and runs around,” she said. “The way he has been working, he doesn’t look like a tired horse and he was pretty naughty for the physio today, so he is probably feeling pretty well.”

With the scratchings of Endless Drama, Marscapone and Princess Rihanna on Wednesday, Deerfield’s black-type quest became a little easier, but Bambry has plenty of respect for the opposition, including the Allan Sharrock-trained top-weight Tavi Mac.

“Deerfield won’t know himself with 58.5kgs tomorrow after carrying 62kgs topweight in his past three starts,” Bambry said. “We drew wide (barrier 9) and that might actually help on a rain-affected track. Tavi Mac looks hard to beat, but we have beaten him before and hopefully we can get over the top of him again. “He is a neat horse and he deserves to win a stakes race and it takes a pretty good horse to win ten races. He is happy and sound and is a good advertisement for the water treadmill.”

After winning the newcomer to training award with 17 wins to her credit last season, Bambry is now looking forward to some younger members of her team coming through, but admits she is light on numbers for horses ready to race at present. “I took five two-year-olds to the jumpouts today and they will now go for a break and I have a lot of young ones,” she said. “I only have four horses that are racing ready at present and another two that are up to trialling stage. “The rest are unraced.”

Bambry also reports that Lord Bouzeron, a horse she part-owns and formerly trained before sending to her brother-in-law, Cranbourne trainer Francis Finnegan, will have one more start before returning to New Zealand for a spell. The consistent four-year-old is nominated for Sunday’s Taralgon Cup (1900m).

Meanwhile, handy stayer Platinum Invador is also enjoying some R&R with Bambry after a mixed spring in Melbourne under the care of Peter Moody, where his best effort was a third placing in the Group 2 Herbert Power Stakes (2400m). “He has been here for a couple of weeks to freshen-up and he will go back to Lisa Latta on Monday,” she said. “It sounds like they might aim him at the Auckland Cup (Group 1, 3200m) and he looks great.”