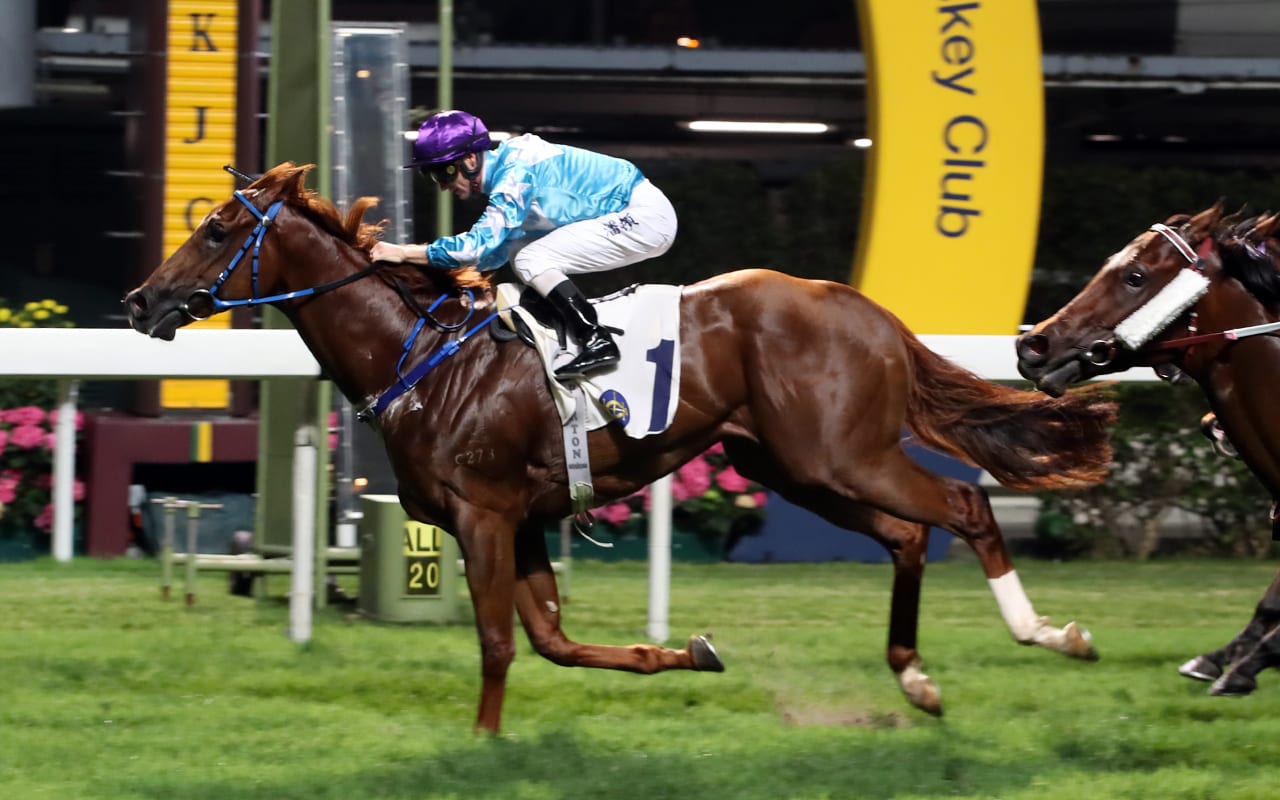 Yee Cheong Baby (124lb) has done nothing but impress trainer Jimmy Ting since arriving in Hong Kong and the son of Sebring will attempt to build on a debut win in Wednesday’s (22 May) Class 2 Suffolk Handicap (1200m).

“He has improved and I think he is better, the form is good and everything is fine,” Ting said at Sha Tin this morning, Tuesday, 21 May.

The Australian import won his Hong Kong debut, the Class 3 Seoul Handicap (1000m), with Zac Purton in the saddle. The champion jockey is sticking with the promising three-year-old for his second start, but Ting is not counting his chickens going into a tough Class 2 assignment.

“It’s his first time over 1200 metres, he’s never run the distance,” Ting said. “I don’t know if he’s going to handle it or not, he handled it in the trial, but in the race you don’t know.”

The Handicapper handed Yee Cheong Baby six points for his maiden effort, lifting him straight into Class 2 on a mark of 86.

“I’ll try to be forward, but I don’t know, there are some horses that are very fast too, so if that one horse wants to lead, maybe we sit a little bit,” Ting added.

Known as Neutrality pre-import, the son of Sebring won on debut at Rosehill in 2017 before finishing fourth at Group 2 level in the Silver Slipper.

The gelding’s career-best performance came in the Group 3 San Domenico Stakes at Rosehill where he finished second to Graff, who then placed at Group 1 level behind The Autumn Sun and was fifth in the $13 million The Everest (1200m) at Randwick.

Ting saddles up six on Wednesday’s card at Happy Valley, including Telecom Puma (133lb) in the Class 3 Norfolk Handicap (1200m), who will also be ridden by Zac Purton.

“The horse keeps improving, so I hope this time he has improved a bit more, this time Zac Purton is on, so I hope that he gets a good chance,” the first-season handler said.

Telecom Puma has been competitive across three outings in Hong Kong. His biggest win to date came pre-import in New Zealand, tallying a Group 2 success in the Hawke’s Bay Guineas (1400m) at Hastings at the tail-end of 2017.

“He did well in New Zealand, so I hope that he can keep the form,” Ting said.

Takingufurther (125lb) flies the flag for Ting in the Class 4 Dorset Handicap (1200m) and Ting is optimistic that the removal of blinkers will help the gelding relax behind the gates.

“Last time I gave him the blinkers he seemed a bit nervous; this time I will try the visor so that he can see more,” the handler said.