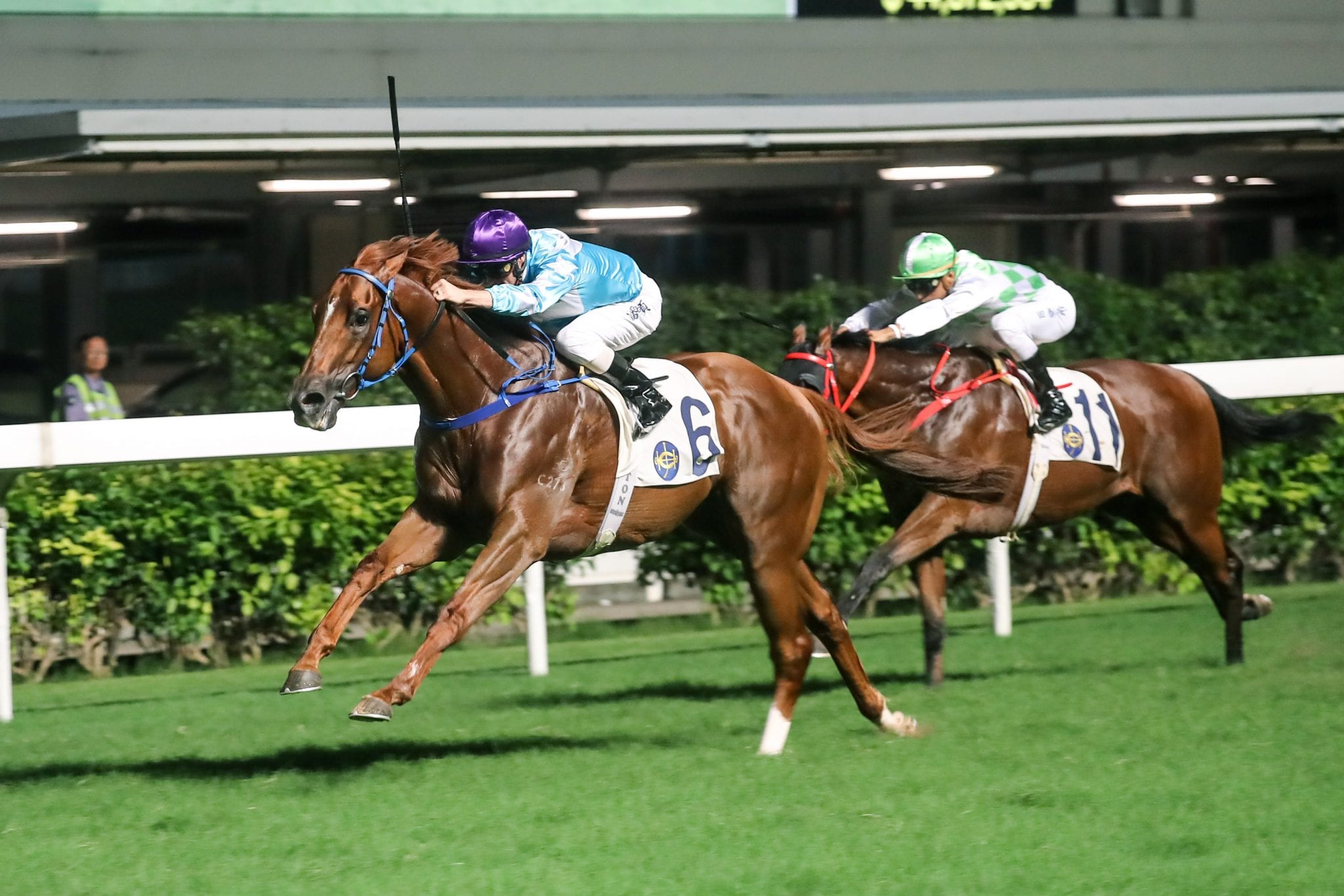 Yee Cheong Baby delivered trainer Jimmy Ting his first Class 2 victory as the hulking chestnut made it look easy in the Suffolk Handicap (1200m), powering to a two-length success under Zac Purton, who landed a treble.

“The horse has improved, I think he is top of Class 2, we’ll see next season if he improves a little bit, maybe he can run in a Group race,” said Ting.

Ting’s taking it easy with Yee Cheong Baby; the youthful chestnut still has plenty of maturing to do according to his handler.

“I didn’t push him because he’s only three years old, I just gave him relaxed work, gallop three times, easy,” the handler said.

“He’s a big horse, still growing; I think next season he’ll be better,” he added.

Group 3 placed in Australia pre-import, Yee Cheong Baby will now look to next season for his third start.

“He is a nice horse, the change of gear made him calmer and the jockey (Keith Yeung) rode a good race,” said Ting.

The son of Exceed And Excel wore blinkers the two starts prior, but the nervous gelding was without them tonight as Ting hoped he would relax pre-race.

“The horse is still very nervous, so after this race I think I will let him have a rest till next season,” the handler added.

Zac Purton’s dominance continued, the Australian made it eight wins from his last three meetings, taking his season tally to an astonishing 126.

Hong Kong’s champion jockey kicked off his treble with Win Win who took the Class 3 Lancashire Handicap (1650m). He then claimed the second of three wins in the Class 3 Norfolk Handicap (1200m) with the Richard Gibson-trained Loving A Boom.

“He’s had a very good season and it’s frustrating he hasn’t won before tonight, but we held him up a little bit more than previous runs and I thought he dominated the race throughout,” said Gibson.