No Beauty blues for Purton with nine rides at the Valley 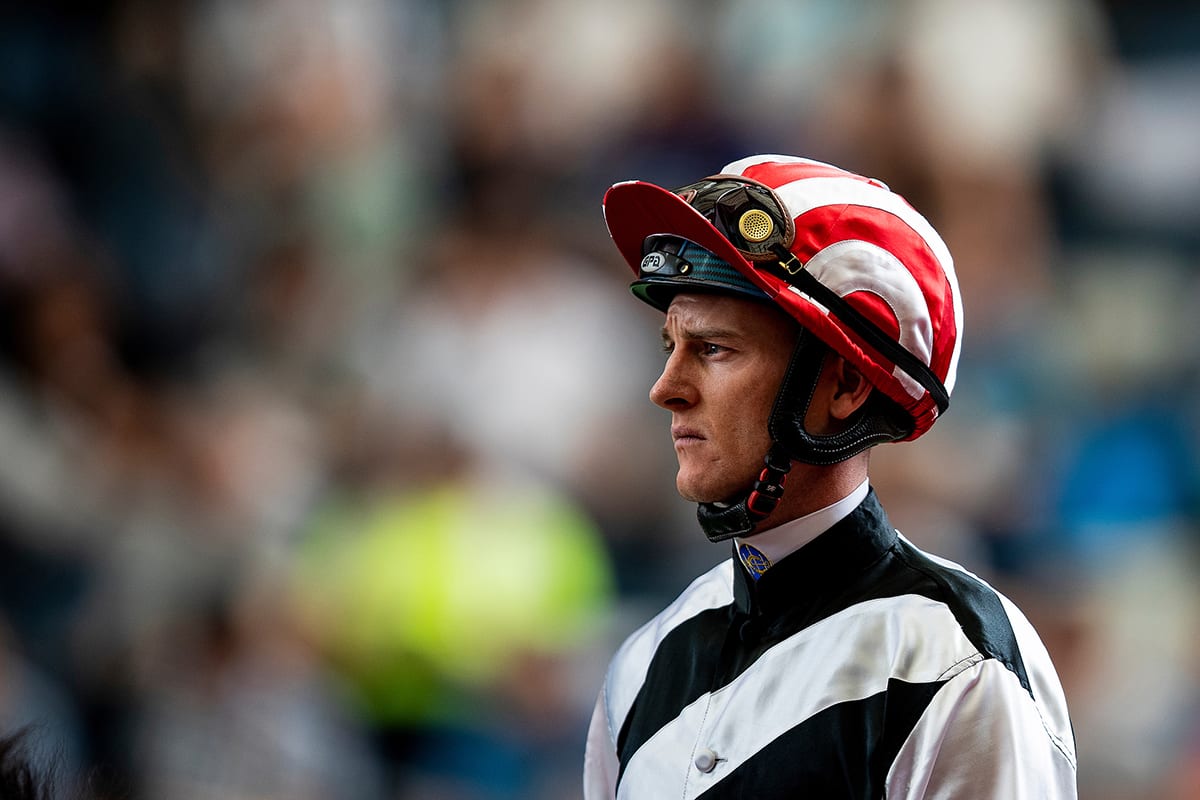 Hong Kong’s Horse of the Year met with his first reversal in 18 months when only third behind 16/1 winner Rise High in Sunday’s Group 2 Oriental Watch Sha Tin Trophy Handicap (1600m) but Purton is looking forward not back.

“It’s the same race as last year, when he nearly got beat – it’s a bogey race for him,” he said. “It’s because they have so long off in the off-season and he runs so well first time out, and then has to back up very quickly after that.

“The edge is just off him and that, I’m sure, contributed to his performance. He has a nice break between now and his next race, and let’s not forget, last season he broke the track record at his third run in so I expect him to bounce back.”

Purton has a full book of nine rides on Wednesday, including the mount on Yee Cheong Baby (133lb) in the Class 2 Ivictory Handicap (1200m). Jimmy Ting’s charge returned with a fifth-place effort first-up for the season on the dirt track but looked impressive when drawing 14-and-a-half-lengths clear in a recent barrier trial.

“We did see Voyage Warrior win a trial by 10 (lengths) and he got whopped. Those trials sometimes can be deceptive and they both trialled on the same morning: there was a very heavy leader’s bias and they’re both similar horses that like to roll along.” Purton said.

“The margin was extremely flattering, especially when you look at the depth of the horses he was up against in that trial. But I thought he went through his work nicely and he’ll be better for his first-up run.”

A two-year-old victor at Rosehill pre-import, the Sebring gelding finished second at Group 3 level behind Graff, who subsequently earnt just over A$1 million and placed at Group 1 level, as well as finishing fifth in The Everest (1200m) at Randwick in 2018.

Yee Cheong Baby won his first two starts in Hong Kong, both at the Valley, before failing to sparkle on dirt last time, after which he was found to have blood in his trachea.
“I just think 1200 (metres) on the dirt was testing for him first time out. He comes back to the grass after he’s already had a run and he’s had another trial since, so I think he’ll probably be better placed this time,” Purton said.

Purton will also partner Not Usual Talent (133lb) in the night’s other Class 2, the Green Luck Handicap (1650m).

Purton hasn’t ridden the Zacinto gelding on race day but has liked what he has seen and got a handle on the three-time winner in a recent gallop.

“He was impressive last season. I’ve ridden him one piece of work this season, he’s quite a keen-going horse in the mornings which is why he’s been more effective in fast-run races,” Purton said.

Benno Yung’s charge heads into Wednesday’s nine-runner contest in search of a third consecutive win, after putting in two fast-finishing victories to round out last season.

“In this race we’ve got a small field and the likelihood of a slow pace, which won’t suit him so that’s my concern,” the rider said.

Against Not Usual Talent is a horse Purton won on twice last season, the John Moore-trained Helene Charisma (133lb). The French Group 1 winner returns to Happy Valley in search of his fourth success at his favourite track, as well as back-to-back scores, and re-associates with recent Group 2 Premier Bowl-winning jockey Grant van Niekerk.

“I’m running him over a distance short of his best because he loves Happy Valley. If we run him in that 1800 (metres) coming up at Sha Tin the ground is too firm for him at the moment, because of the weather and the time of year,” trainer John Moore said.

The handler has two in the race, with Matthew Chadwick seeking back-to-back wins on last-start winner Happy Dragon (125lb).

“The horse has done everything right,” Moore said. “He’s drawn gate two so he’ll be able to sit midfield and his work rider says he’s fitter than last time.”

The Frankie Lor-trained Ruthven (132lb), a Group 1 winner over 2200m in Australia, has failed to win since March 2018 but will break from gate 9 in search of a drought-breaking victory. Regan Bayliss will be in the plate.

“It doesn’t look like there’s a lot of speed on paper; he’s got good natural gate speed so we could find ourselves in the first three and hopefully get a good run in transit and maybe be there at the finish.” Bayliss said.