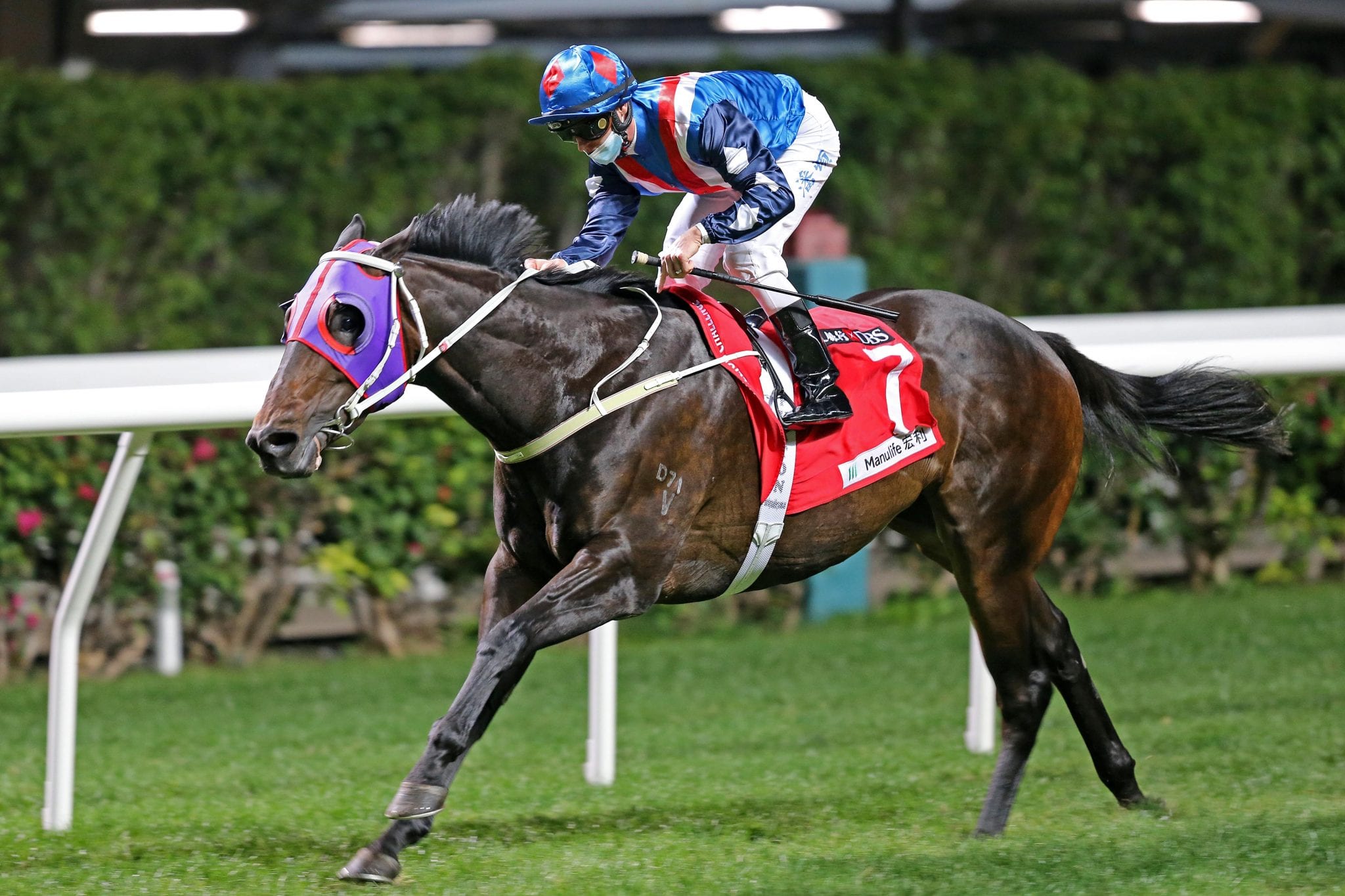 A Zac Purton quartet at Happy Valley on Wednesday (16 December) has breathed fresh life into the Hong Kong jockeys’ championship after the Australian made significant inroads into his great championship rival Joao Moreira’s lead.

Chasing a fifth championship, Purton trailed Moreira by 21 wins on 9 December. The deficit is now 14.

Fuelling hopes of another gripping late-season title shoot-out with Moreira, Purton’s rich vein of form has seen the New South Welshman post a treble during the LONGINES International Jockeys’ Championship meeting at Happy Valley followed by a double at Sha Tin at the glamour LONGINES Hong Kong International Races fixture.

He was typically matter of fact about an understated opening to the season.

“I just had so many wide barriers,” Purton said of a frustrating start to the 2020/21 term.

“Every time I came to the races, I was on the outside. It was making it really hard.

“You ask your horses to take a position, it takes an effort and they’re empty in the end or you go back and give them too much of a start.

“It was the same script over and over.”

“It’s taken a long time to come good,” he said. “It was frustrating.”

Making his intent plain from the outset, Purton made immediate inroads into Moreira’s buffer by riding three of the first four winners aboard Bundle Of Delight, Smart Cousin and Noble Birth.

Bundle Of Delight’s triumph in the Class 4 Shelley Handicap (1800m) reignited Purton’s momentum as the 2019/20 champion jockey continued his pursuit of Moreira on a chilly Wednesday night at the city circuit.

“Give me some good barriers and it makes all the difference. They’ve put me on the outside all season, it’s hard out there,” Purton said.

“He won well. It was a good effort. He was building towards a performance like that. Got to a suitable distance, good gate, good run.”

Purton logged a double with a supremely patient ride – ironically from the widest gate (12) – aboard Smart Cousin in the Class 5 Staunton Handicap (1800m).

The former New Zealander, prepared by Dennis Yip, secured his first win in Hong Kong at his 12th attempt after unleashing a sweeping late sprint.

“We had a bad gate so we needed some luck,” Purton said. “Couldn’t get in early, a few horses were pressing forward, so I had cover.

“There was enough pressure in the race for me to be able to track up and he did the rest.”

“It was a good effort,” Purton said. “He’s a progressive horse. He showed at his last start there was something there. He drew the right gate, had the right run, he did a good job.”

Purton took over on Noble Birth following the suspension of Neil Callan, who suggested to Ting a hood be applied to the son of Per Incanto.

“He (Purton) wanted to ride the horse, (but) unlucky for Neil,” Ting said.

Purton punctuated his dominance with victory on Flying Genius in the Class 3 Cochrane Handicap (1000m) for Tony Cruz, who had earlier successfully combined with Jerry Chau and Delightful Laos to land the Class 3 Gage Handicap (1650m).

Ting took training honours with a treble with Baby claiming the Class 3 Elgin Handicap (1200m) for Vagner Borges, condemning Moreira to the runners-up stall for the third time.