Timberlake on song at Matamata 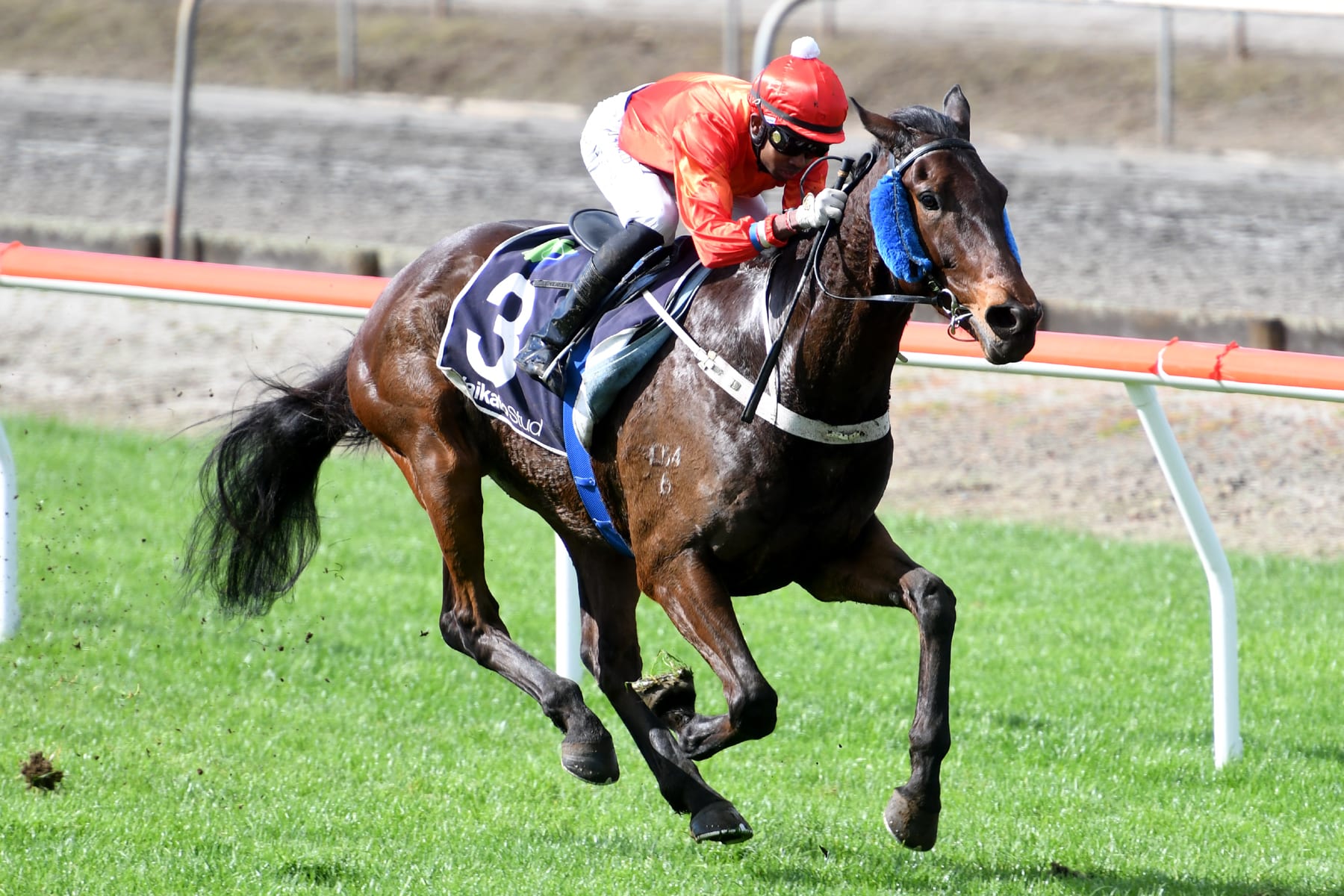 Promising four-year-old Timberlake showed he had taken plenty out of his first-up run at Te Aroha recently when he raced away with a 1400m maiden contest at Matamata on Saturday. The Peter and Dawn Williams-trained four-year-old was sent out favourite at Te Aroha off the back of a tidy 1000m trial victory, where he fought on gamely in the worst part of the track for a meritorious third.

Stepped up to 1400m, the Redwood gelding got well back in the early running for rider Ashvin Goindasamy before making ground strongly along the inner approaching the home bend. Timberlake shot to the front at the 300m and cruised clear to win under a hold by just over four lengths.

Unable to be at the track due to the Auckland regional level 3 COVID-19 lockdown protocols, co-trainer Dawn Williams was nevertheless delighted to watch the winning effort from the comfort of her lounge at home. “It’s a shame we couldn’t be there but it’s funny times we have at the moment isn’t it,” she said.

“He’s always shown us plenty on the track but he is just so laid back. He doesn’t worry about much and just takes it all in his stride. “He’s quite lightly framed and I do think he will be a better horse in his next prep but there does look to be a fair bit to work with.

“I thought Ashvin rode him really well as it would have been pointless going wide as he would have been travelling much too far to get around them. “I think he really took a lot out of his first run, just even learning to run in amongst horses as that can take time with some horses.

“He has done a lot already in his first prep so I don’t know how many more runs we will give him this time in. “He’s very light on his feet but the real hard tracks might get to him so maybe just one or two more and then into the paddock before we bring him back next autumn.”

Williams admitted it was a strange feeling having to send their horses to the races without being able to accompany them due to the travel restrictions that apply at present. “It felt like we were sending them off to school on the bus with a cut lunch this morning when they got on the truck and left without us,” she said.

“We are very lucky that Pam Gerard and her staff were available at the other to end to look after them. “Pam used to work for us many years ago so she said she would take them which was just marvellous and we can’t thank them enough.”

Timberlake, who was purchased by Peter Williams for $32,500 from the Westbury Stud draft at the 2018 NZB Ready To Run Sale, was the third winner on the day at Matamata for Westbury Stud resident stallion Redwood after Claiborne and Cherry Lane had taken out races earlier on the card.