The Irishman pleases at Te Aroha 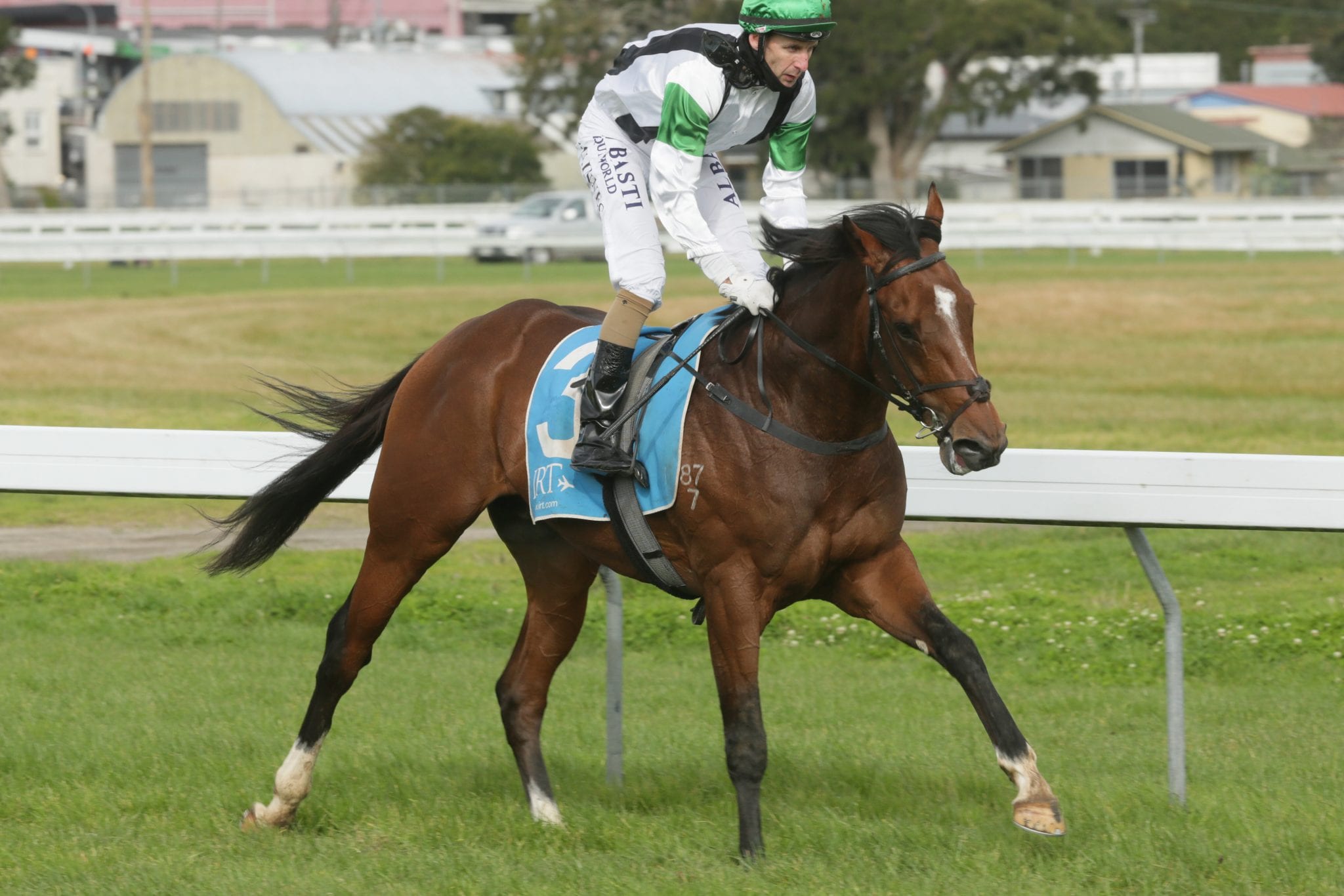 Impressive debut winner The Irishman had a quiet trial at Te Aroha on Monday in readiness for a raceday return over the Ellerslie Christmas Carnival. The Tony Pike-trained son of Tavistock won at first time of asking at Avondale over 1100m before finishing fifth to Shezzacatch in the Listed Sir Colin Meads Trophy (1200m) at Hawke’s Bay in September.

“He trialled up really well, he just went back from a wide gate and he’s rolled up nicely on the bridle,” Pike said. “Leith (Innes, jockey) was really happy with the way he’s trialled, he’s had a good blow afterwards. If he pulls up well, we’ll probably head up to Ellerslie on Boxing Day for the three-year-old 1400m race (Listed Uncle Remus Stakes) or the Benchmark 65 1400m.

“We’ll just decide after that, probably one more run then into the Karaka Million 3YO Classic (1600m).” Pike said the colt was relaxing more in his work and is looking more like a Derby style of horse. “Being out of a Zabeel mare by Tavistock we’ll definitely slowly be getting him up in trip,” he said. “He’s entered for the Derby and if we’re happy with his form, that’s the way we’ll head.”

The Irishman finished alongside the Jamie Richards-trained Cool Aza Beel, who was stepping out publicly for the first-time since winning the Group 1 Sistema Stakes (1200m) back in March. Cool Aza Beel was also given a quiet trial under jockey Opie Bosson.

Meanwhile, Pike’s highly-touted two-year-old Khufu, who is $6.50 third favourite for the Karaka Million (1200m) was withdrawn from his trial at Te Aroha, where the track came up a Good3. The son of American Pharoah was a trial winner at Ruakaka in September and is held in high regard by a stable that knows how to produce a juvenile.

“We’re probably going to gallop him on Friday or Saturday, and he may trial on the synthetic at Cambridge. Then we’ll make a decision whether we run him on Boxing Day in a two-year-old 1100m race, the Eclipse Stakes (Group 2, 1200m) on New Year’s Day or we may even give him just one run two weeks before the Karaka Million,” Pike said.

“He’s had a little hiccup with a hamstring and he’s too good a horse to push too hard but obviously he’s got that natural talent and natural ability so if he can’t win at Ellerslie two weeks before the Karaka Million, then it’s not worth putting him in the race. “If he can do that, he’ll line up in it, he’s going to be a beautiful horse going forward.”