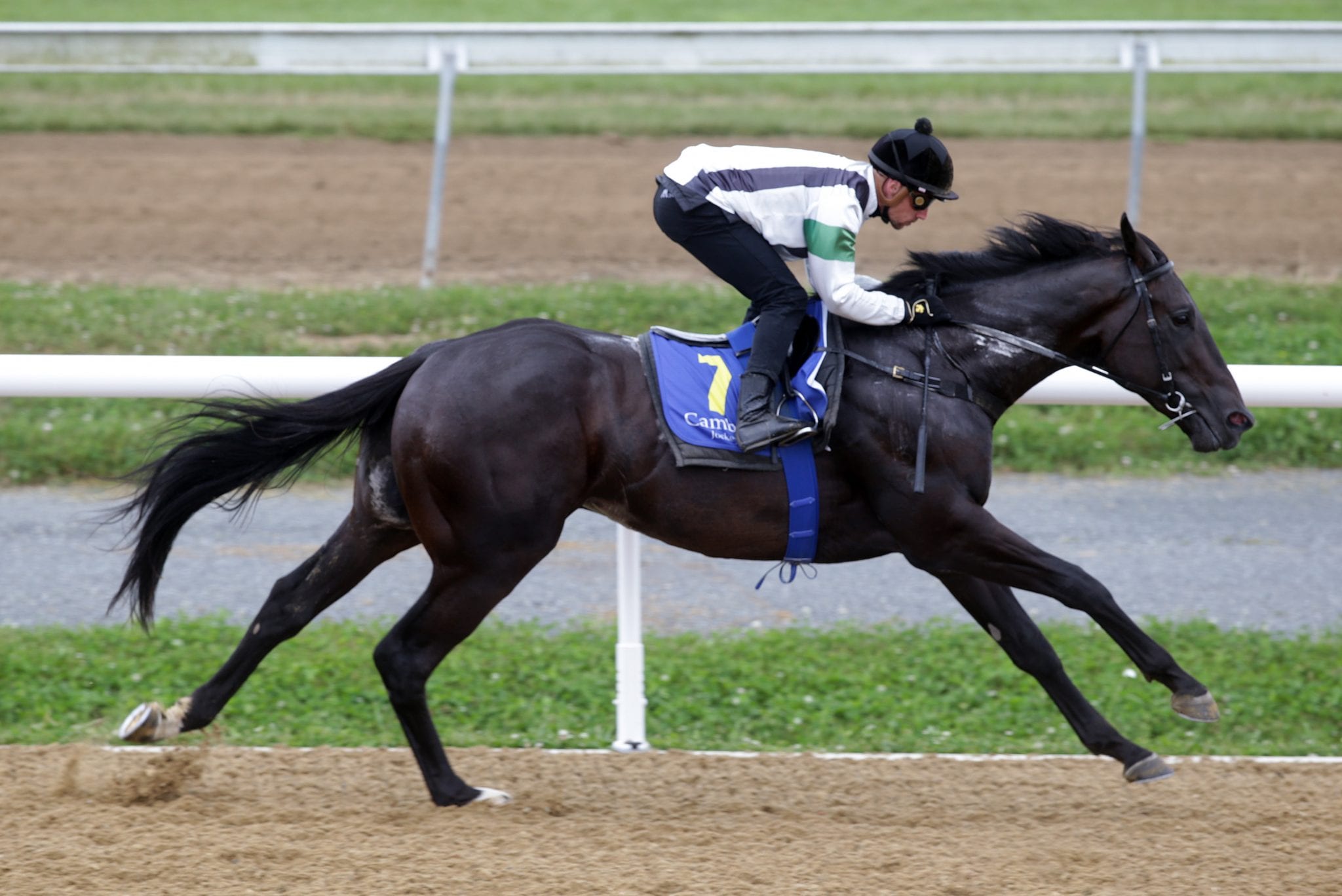 Punters who have taken the +550 about unraced juvenile Khufu in next month’s $1m Doubletree by Hilton Karaka Million 2YO (1200m) can breathe a little easier after the son of American Pharoah looked all class when winning an 800m trial at Cambridge on Tuesday. The Tony Pike-trained colt has long impressed trial-watchers but will make a belated bid for Karaka Million glory after a hamstring tweak has pushed back his raceday debut.

Jumping straight to the front in Tuesday’s trial on the polytrack, Khufu cruised to the line under jockey Michael McNab, eight and three quarter lengths to the good of his nearest rival and clearly the quickest of the half dozen 800m heats. “We will just see how things go over the next couple of days, but there are probably four options with him,” Pike said.

“He could go to the Eclipse Stakes (Group 2, 1200m) or he could kick off at Taranaki, Te Aroha or just have the one run and hope he wins it at Ellerslie a fortnight out from the Karaka Million.

“That little hiccup there for a couple of weeks put us on the backfoot timewise but that trial will clean him up nicely. “He was pretty professional today. He jumped a lot cleaner than he normally has, travelled well and it was encouraging. “The aim is to get him to the Karaka Million, but he is a very talented horse as well and I don’t want to destroy him just to get him there for the sake of one race. He will tell us in the next few days whether or not we’re going to get there.”

The Cambridge horseman had 21 horses trial on their home track and was happy to support the new synthetic surface. “Part of the issue was the Te Aroha track was too firm at last week’s trials,” Pike said. “There were plenty of complaints about that and we didn’t want to jar up a lot of young horses that are going to head to the races over the next few weeks. “I’m happy to support the Cambridge polytrack. It’s a forgiving surface and they have pulled up really well off it.”

Pike will have just one runner on Boxing Day at Ellerslie, with The Irishman to contest the Listed Shaw’s Wire Ropes Uncle Remus Stakes (1400m). Michael McNab will ride The Irishman, with Leith Innes, who has been aboard The Irishman in both his raceday starts and recent trial, to ride rival Suffused. But punters shouldn’t read too much into the jockey change.

“At the end of the day we’re hopeful of getting to the Karaka Million 3YO Classic (1600m) and Leith has an engagement with Aegon,” Pike said. “Leith was the one who said to put Michael on. If he runs well in his next two starts, then that is where we will head.”

While Boxing Day will be relatively quiet for Pike, he is expecting to have a number of runners at Ellerslie on New Year’s Day. “Tellall will go to the Auckland Guineas (Group 2, 1600m), Dawn Parade will go to a Benchmark 65 mile, Sacred Elixir in the Rich Hill Mile (Group 2, 1600m) while we will also have a couple of other runners in the graded races.”

Seven-year-old gelding Sacred Elixir, a winner of the Group 1 JJ Atkins (1600m) as a juvenile and runner up in the Group 1 VRC Derby (2500m) at three, made an encouraging return to the track when a luckless fifth over 1400m at Ellerslie earlier this month.

The son of Pour Moi returned to Pike, who trained him prior to his sale to Hong Kong where he suffered a suspensory injury. “I was really rapt with his fresh-up run. He hadn’t run for three years, so carrying 62kgs he travelled super and still wanted to be there. He didn’t get a hell of a lot of room in the straight but hit the line full of running,” Pike said.

“He has taken a lot of improvement from that and is dropping a significant amount in weight for the Rich Hill Mile. “I am really pleased with the way he is going. He might still be one run away from his peak, but he showed he still wants to be there.”

Pike will have plenty of runners through the Christmas period but suggested a pair of three- year-olds bound for New Plymouth on the 27th were worth following. “I like Bentayga in the maiden 3YO and Honey Honey the same day, so there might be a nice multi there,” he said.