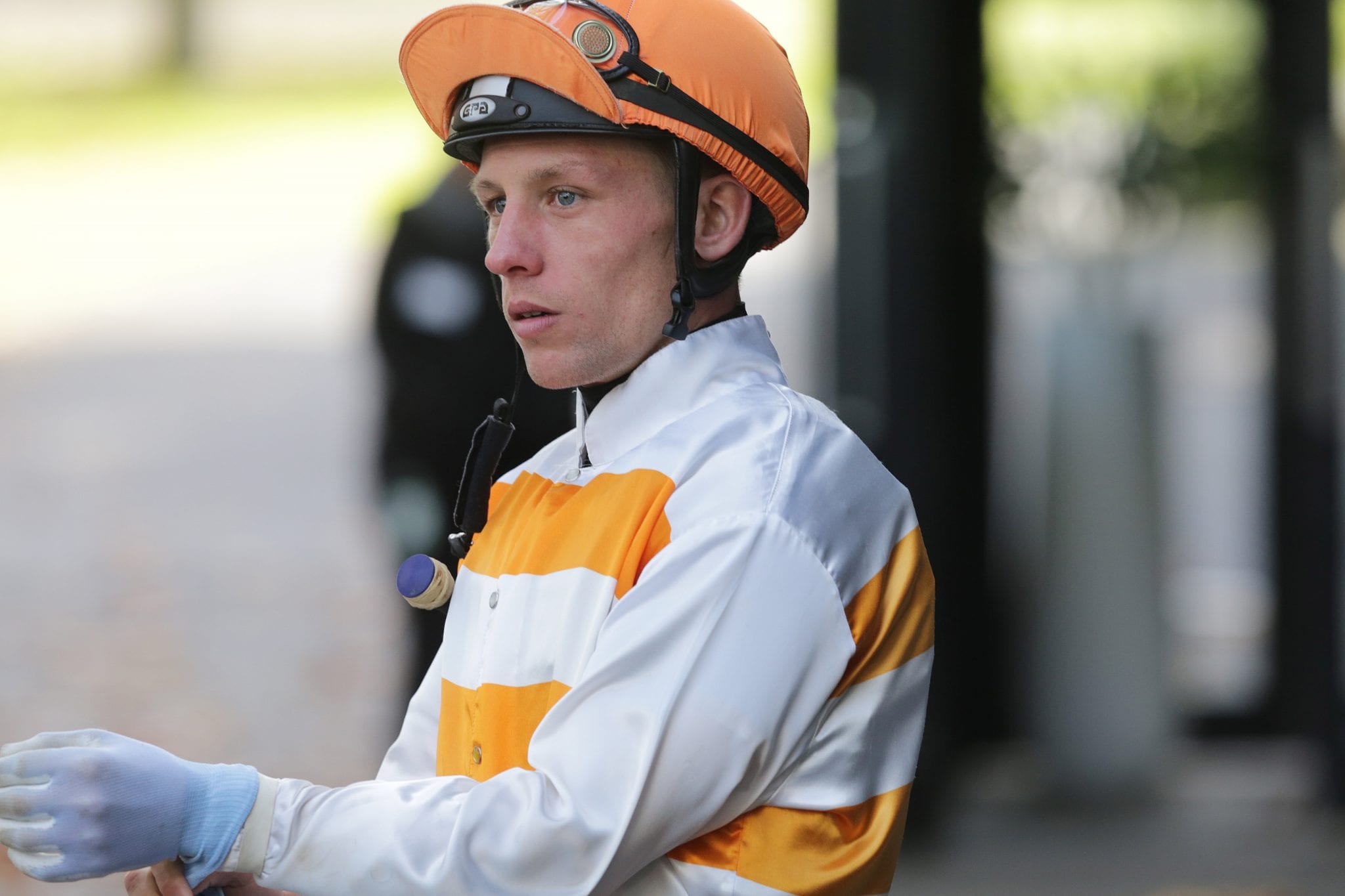 A stint on the sidelines last season appears to have done jockey Michael McNab the world of good. The Waikato-based hoop rode a winning stakes double at Ellerslie on Saturday, bringing his stakes tally for the season to three, equaling his haul from last term.

His winning rides came courtesy of the Tony Pike-trained Tellall in the Listed Trevor Eagle Memorial 3YO (1500m) and the Bruce Wallace and Grant Cooksley-trained Gino Severini in the Group 3 Eagle Technology Stakes (1600m).

McNab said he was confident with each of his mounts heading into the weekend, and those thoughts were justified on Saturday. “I went into Saturday pretty confident with both of the horses, so it was good to get the job done,” he said.

“Tellall was super. Every time he has stepped up in company, he has won the same way. “When he goes up against even better horses, I don’t see why he wouldn’t win the same way again. “He is a really good racehorse. He looks very promising, especially for his three-year-old season.

“Gino Severeni won really well. I have always been a fan of his and have been chasing the ride. “He got the job done well against a really handy field. The Mitigator was always going to be hard to beat, being a Group 1 winner over a mile, but the last 50m of the race was really encouraging.”

McNab’s season tally now sits at 25 wins, one more than last term where he spent a large portion on the sidelines and he said he used that time to reflect and reprioritise his life and riding career. “I have dedicated myself to being a jockey,” he said. “I haven’t been cutting any corners and I haven’t been silly off the racecourse, and the results are really showing now. “I have got the best riders’ agent in the game in Aidan Rodley, and he does a super job. We are tracking very well.”

Mental health has been to the forefront of McNab’s mind, and he has put steps in place to try and help him when he is having an off day. “I have been really working on the mental side of things, like how to deal with things if I don’t have a good day and also what I do in my spare time,” he said. “I am just using my time really wisely now and doing the small things well and enjoying life.

“I have been sticking to my diet and training, and not going away from that, and being really focused. “That was something I struggled with majorly before my break. “I just decided that I have to hold myself accountable for what I do on and off the racecourse, and I have been doing that.”

Looking toward summer racing, McNab said he is looking forward to getting back aboard his two stakes winners from the weekend, as well as a handful of runners from trainers Stephen Marsh and Tony Pike’s barn.

“Tellall and Gino Severini will be good over the carnivals,” he said. “I am really looking forward to riding a three-year-old called Mega Bourbon of Stephen Marsh’s. He was two from two and then he had a small mishap and he is not too far away from running again. “Tony Pike also has a horse called Dawn Parade who is going to run this Saturday, he is a first starter and looks really impressive. Tony has also got a nice two-year-old called Khufu. He was meant to be running on Saturday, and he looks really exciting.”

While he is looking forward to the big summer carnivals approaching, McNab currently has his sights firmly set on Rotorua on Wednesday where he has a handful of rides and has labelled the Tony Pike-trained Four Queens as his best chance of the day. “Four Queens was just run down late on a heavy track the other day,” he said. “A better track will really suit her.”