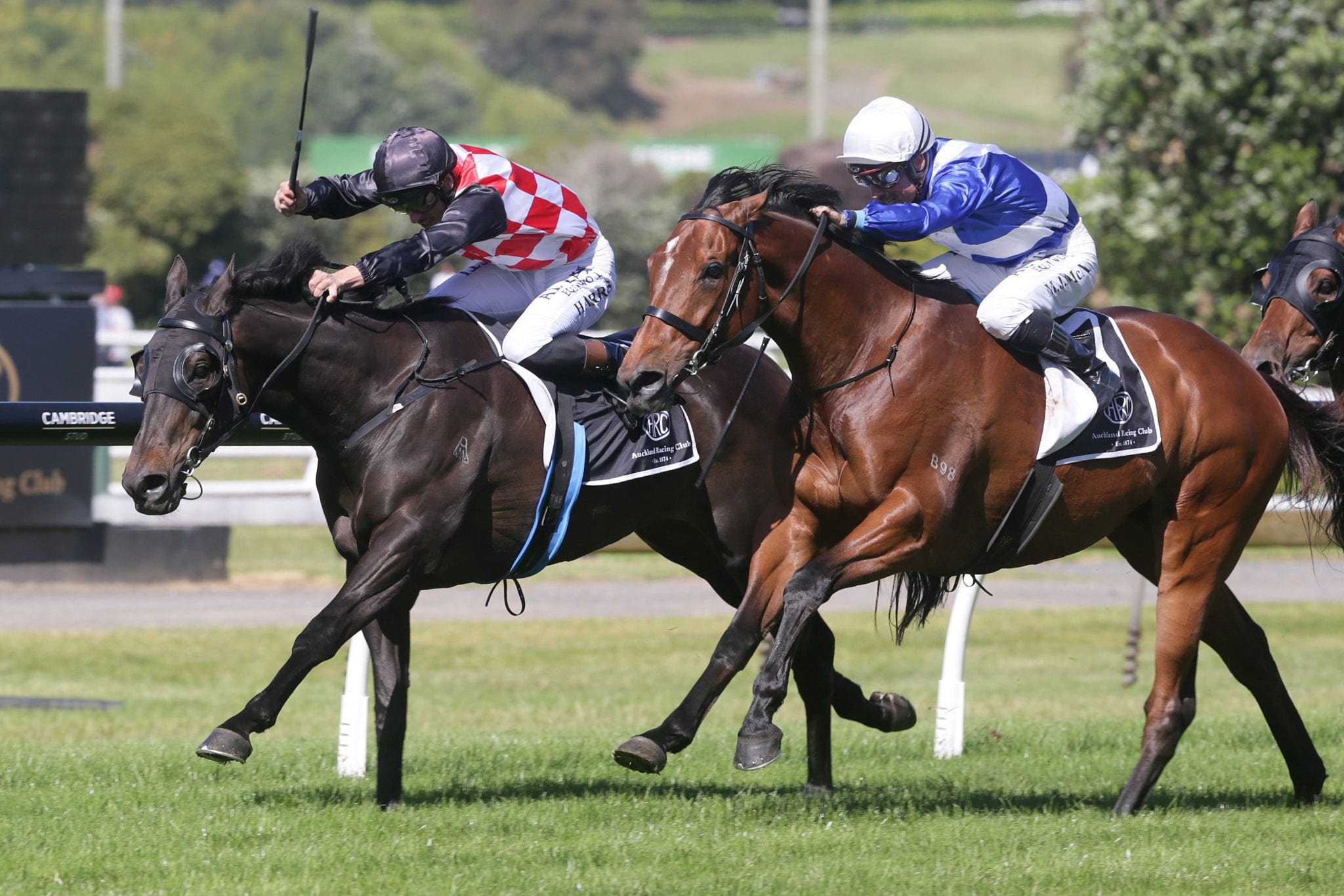 It took every metre of the Ellerslie home straight for consistent galloper Gino Severini to finally gain the upper hand over his rivals as he captured his first stakes victory in the Group 3 Eagle Technology Stakes (1600m).

The Bruce Wallace and Grant Cooksley-trained seven-year-old had finished in the minor placings in each of his three starts in this campaign and that looked likely again on Saturday as he spotted pacemaker The Mitigator a two-length margin with just 150m to run in the Group 3 contest.

Rider Michael McNab asked the Fastnet Rock gelding for one last effort and he surged strongly to get up and beat The Mitigator by a short head with Sultan Of Swing battling on strongly for third just ahead of Demonetization.

Cooksley was delighted to see his charge get the win on what is proving to be his favourite track, having now won or been placed in eight of his 12 starts at the venue. “He always tries really hard and is normally thereabouts,” Cooksley said. “I think he can go on most tracks and over most distances but he does seem to like it at Ellerslie. “It was a good win as the runner-up can be a very hard horse to get past.”

While all of his wins have come at either 1400m or 1600m, Cooksley believes a rise in distance won’t hold any fears for the former European and Hong Kong galloper. “I think he can go over most distances as he relaxes well in his races,” he said.

“He went a super race for fourth in the Herbie Dyke Stakes (Group 1, 2000m) earlier this year so 2000m won’t be a problem for him. “Michael said he was very relaxed today which is what you want in those big races. “He goes well at Ellerslie so we might have a look at the Zabeel Classic (Group 1, 2000m) on Boxing Day although there is also the Rich Hill Mile (Group 2, 1600m) on New Year’s day, so there are plenty of options for him.”

Gino Severini commenced his career in Ireland where he won one of his eight races before being exported to Hong Kong where he performed below expectations in three starts there. Sent to New Zealand in late 2018 he has now won five times while also being placed on seven occasions for career prizemoney of $209,000.

The victory completed a stellar day for McNab who won both of the Ellerslie features having been successful aboard impressive three-year-old Tellall in the Listed Trevor Eagle Memorial 3YO (1500m) just one race earlier.