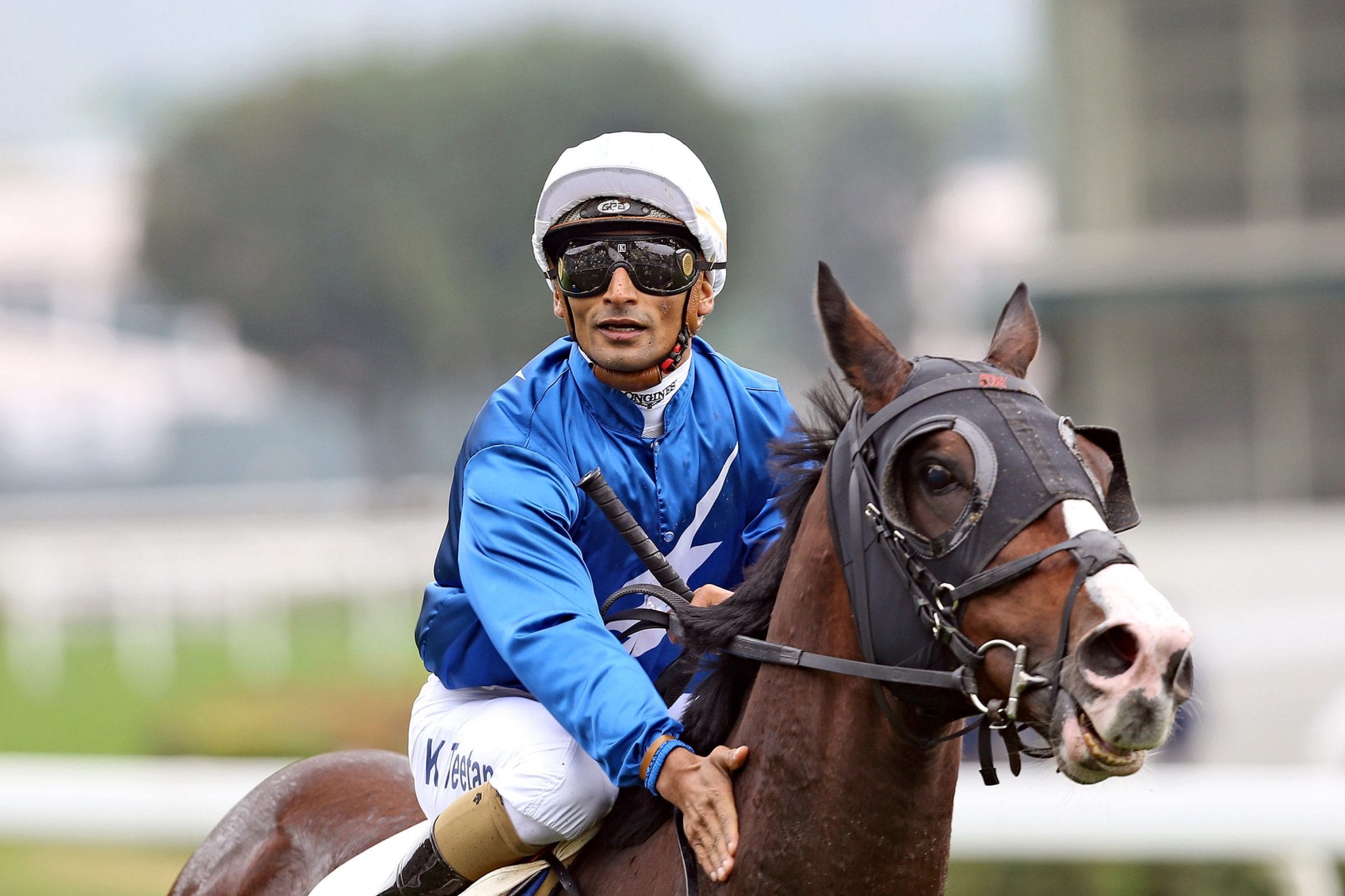 Karis Teetan believes he is ready to reap the rewards from a pair of off-season stints in Japan when he partners Glory Vase in the HK$25 million Group 1 FWD QEII Cup (2000m) this Sunday (25 April) at Sha Tin.

“Since I’ve been in Hong Kong, I’ve had a few stints in Japan throughout the off-seasons and it’s nice because now it’s paying off having made those connections with an opportunity like this,” Teetan said.

Teetan has eight wins from 84 rides in Japan dating back to his first fortnightly spell in July 2016, he returned to the ‘Land of the Rising Sun’ the following year to complete another two weeks, again during Hong Kong’s off-season.

The Mauritian’s third sortie in Japan came when he partnered Blizzard to fifth in the Group 1 Takamatsunomiya Kinen (1200m) before his latest appointment in 2019 to compete in the World All-Star Jockeys at Sapporo Racecourse, finishing joint-third.

“I’ve ridden for Silk Racing in Japan, so the connection goes back but this is just such a great opportunity – it’s one of my dreams to get on a Japanese horse in Hong Kong and it’s worked out perfectly this season,” Teetan said.

Glory Vase, a dark bay son of Deep Impact, returns for his second foray in Hong Kong after being successful at his first try in the 2019 Group 1 LONGINES Hong Kong Vase (2400m).

“When I found out a few of the jockeys weren’t coming I picked up the phone and contacted an agent, so it was a bit of wait and see but finally I wound up securing a quality horse and I’m pretty pleased with that,” Teetan said.

“His win here in Hong Kong was very impressive, the manner in which he quickened up was impressive and I expect he’ll be one of the favourites but he deserves it because he’s got the quality,” the Mauritian added.

The six-year-old is a one-time Group 1 winner across 14 career starts but boasts a pair of wins at Group 2 level back in Japan, both times at Kyoto Racecourse.

“He’s been to Hong Kong and he knows the environment because it can be tricky for horses when they travel for the first time, so I’m sure his experience here is a plus,” Teetan said.

“Daring Tact looks very strong, but this horse has done it here, he knows the track and he knows how things work here, so I hope I can do good aboard him,” he added.

“He’s such an amazing horse, it’s amazing how hard he tries all the time, he just never gives up – last start things didn’t quite go his way because I thought the leader had it his own way out in front.

“I thought things could be different for him but in a small field, tactics can change the complexion of the race and trouble can occur, so I am going to have this at the back of my mind when I sit down with Caspar (Fownes) to discuss the plan,” Teetan said.

“If he draws well and gets a good run then I can see him being very competitive, especially if the track isn’t too firm,” Teetan said.

Before this weekend’s trio of Group 1s, Teetan is looking to guide the Danny Shum-trained H Z Tourbillon to back-to-back wins at Happy Valley tonight (Wednesday, 21 April) when he contests the first section of the Class 3 Queen’s Road Central Handicap (1200m).

“He won pretty impressively, he had a sweet run on the rail and everything went his way but it wasn’t an overly strong race, although the feel he gave me suggests that he’s going to continue improving nicely,” Teetan said.

“The youngster is the first son of Eurozone to race in Hong Kong and he returns tomorrow night for the first time in over a month after scoring at his second outing by two and a half lengths.

“I actually don’t think he was 100 percent ready but a win like that just shows he has a bit of courage and he’s been given a little break now because he is a young horse and that should help him,” Teetan said.

“He still has to learn the racing pattern properly – he had everything go his way last time so it worked out well but when things get a bit tougher, he’s going to have to get a bit stronger but I believe he can do it and become a better horse.

“I think quality-wise he has the quality to win this race, but I think he’s going to have to deal with the draw and that’s going to be a bit tough for him,” Teetan said.

On the nine-race fixture which kicks off at 6.45pm with the Class 3 Pottinger Handicap (2200m), Teetan takes a full book of rides including Ever Force in the finale, the second section of the Class 3 Queen’s Road Central Handicap (1200m).

The Toronado gelding is looking for his third consecutive win but faces Class 3 for the first time. Tomorrow night’s pairing with the Mauritian is the first for the galloper after twice winning under Zac Purton previously.