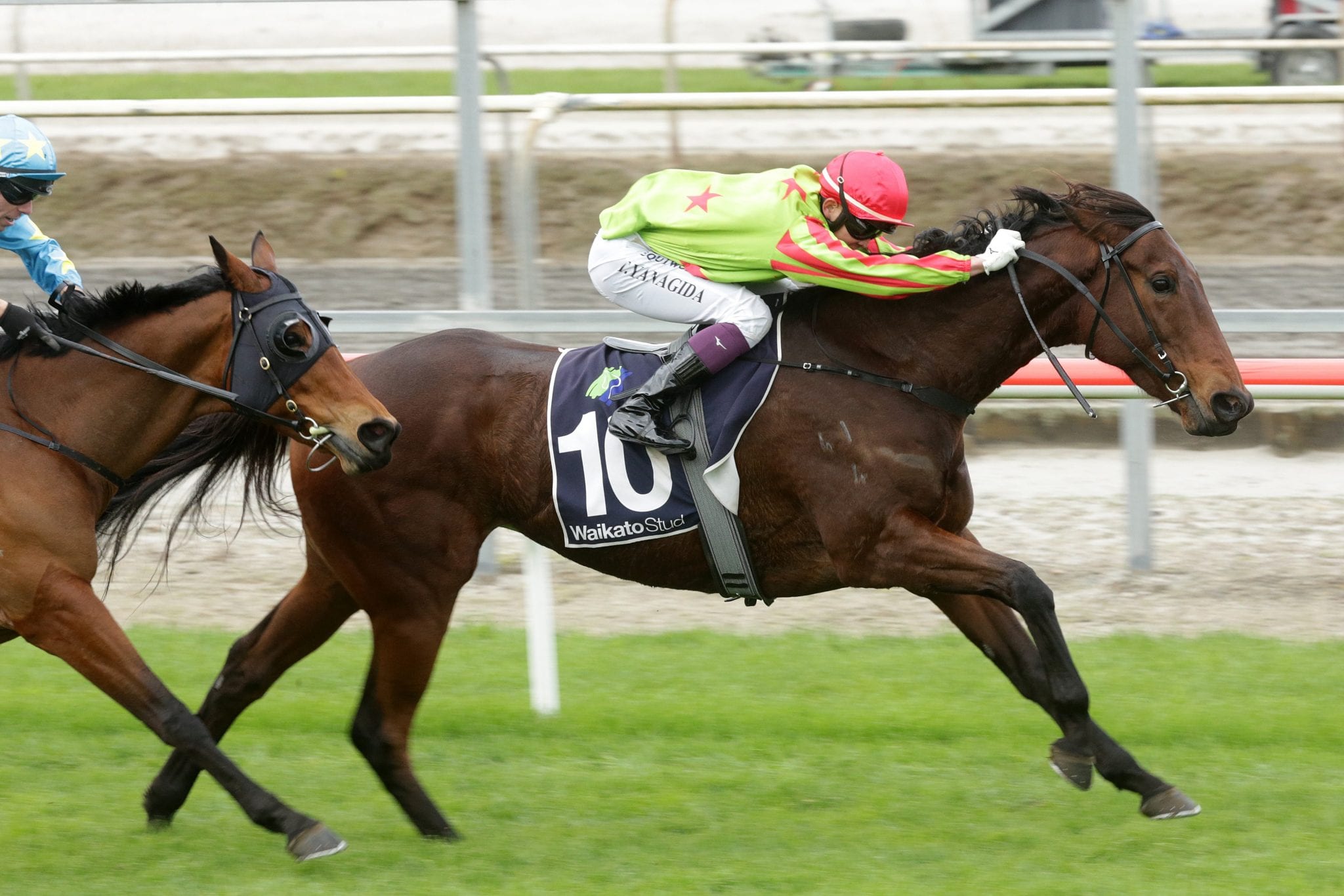 Kim Coxon couldn’t have scripted a better end to her current time as a licensed trainer when Tammie Wynette provided her with the perfect farewell at Matamata on Saturday. Coxon has handed in her trainer’s license as she prepares to move to the Te Puke region with fiancée James Taylor, where the pair will run a combined dry-stock and kiwifruit operation.

Coxon has been training a small team in her own right at Matamata since her father Richard passed away after a battle with cancer five years ago. Included in that team is six-year-old mare Tammie Wynette who had indicated with a last start run for third that she was ready to strike winning form at short notice.

Raced by Coxon and her uncle Wayne, who purchased the mare from Grangewilliam Stud for just $1400 at the 2016 Festival Sale at Karaka, Tammie Wynette put her best foot forward as she staved off all challengers in the run home to score by just on a length in the rating 72, 1400m contest.

“It was my last runner today and it turned out absolutely perfectly,” Coxon said. “I was pretty confident as she had won third-up at her last two campaigns and she was third-up today. “She had improved in her gallops since her last run so I thought she would be hard to beat. She handles her racing really well so I think there is more in store for her. “The day was made even better as Matamata Veterinary Services sponsored the race and I do work for them so things couldn’t have turned out any better.”

Tammie Wynette will now transfer into the care of Mark Brosnan and while Coxon won’t be training horses in the foreseeable future, she will still have plenty of equine company around her at the new venture.

“I’ll be taking three horses with me, one is a stock horse, one is a thoroughbred mare and one is a little weanling half warmblood, half thoroughbred that I hope to showjump one day,” she said. “It’s a little sad to not be training but I’ve got some big opportunities in front of me now. “I’d never say never again to training a few but for now I’m concentrating on the exciting things we have to come.”