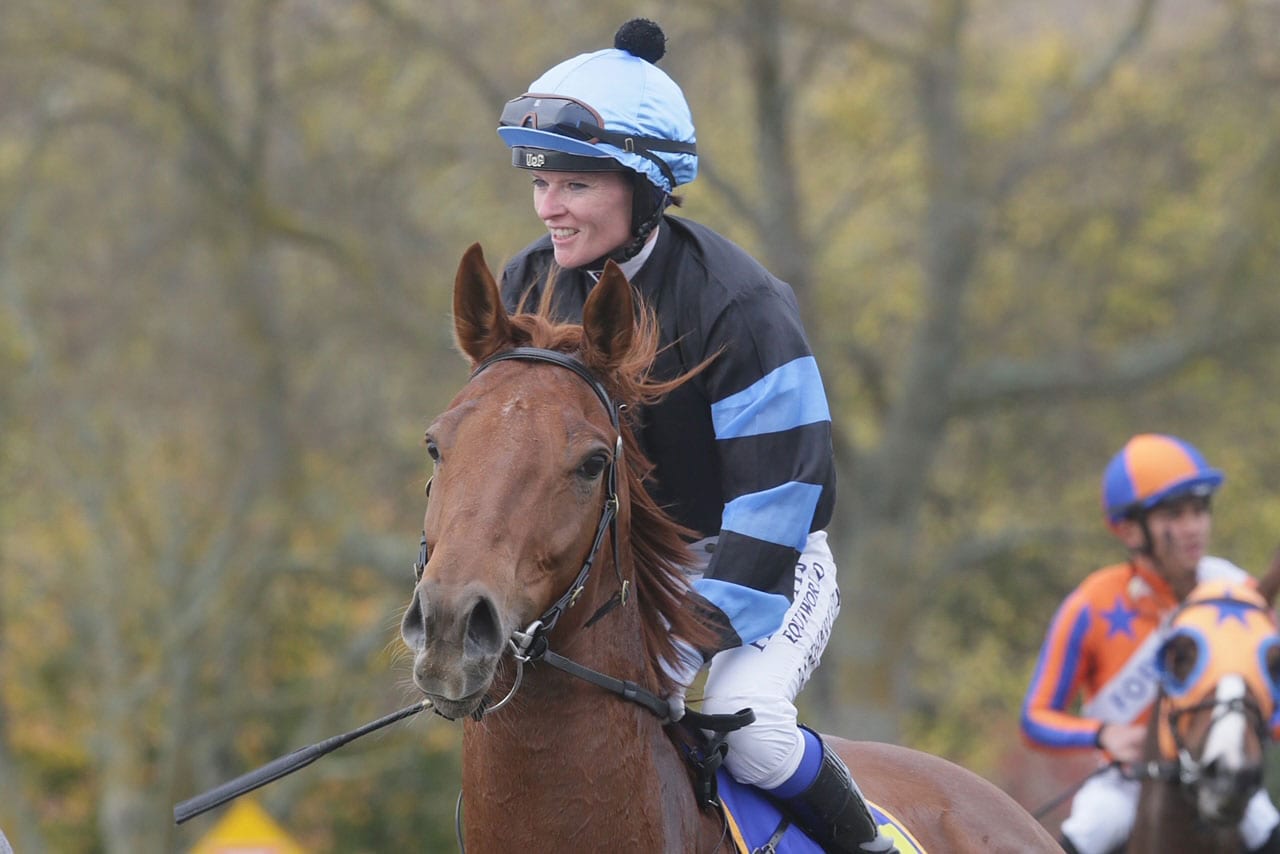 Jockey Lynsey Satherley rode a treble at the Cambridge all-weather meeting on Wednesday, taking her record to five wins from 15 rides on the new polytrack surface, which had its first race meeting a fortnight ago.

“It was a good day. I thought I could win one but to ride three was pretty good and really did exceed my expectations,” Satherley said.

“Clever Ruds was the one I expected to win. She goes pretty well,” Satherley said.

“She trialled up really nicely before racing and won with a bit in hand at the first Cambridge meeting so we had expected another good run from her. Hopefully she can go on with it from here too.”

“Valetti was a bit of a surprise. He was going backwards as the favourite came up inside me and I pulled him out wider to get him out of the kickback and gave him a couple of hits with the whip and he picked up again. It was a pretty gutsy win.”

As well as the treble, Satherley took satisfaction out of the Mark Brosnan-trained Pablo Casals winning a highweight for rider Hamish McNeill after she had won aboard the Niagara gelding at the first Cambridge all-weather meeting a fortnight earlier.

“He was a horse that just wasn’t handling the wet ground and I said to Mark to give him one trial on the poly and it’s gone on from there. It was another gritty win again yesterday and on a good track, he could go through the grades,” Satherley said.

As a frontrunner for wins on the new track, Satherley claimed there was no particular formula for riding winners there.

“If you are on the right horse and they are travelling well and you’re in striking distance, you’re a decent chance. You’ve got to be travelling with 600m to run and getting going around the corner. Because it’s a short straight, if you can be there and the horse is going well enough, then you’re a chance.”

Satherley’s success at the two Cambridge meetings over the past couple of weeks has seen her surge up the jockeys’ premiership and taken her tally for the season to 23 wins, boosting her confidence.

“I ride a lot of outsiders but trainers do notice when you are riding winners and ideally that leads to getting on better horses. Confidence breeds confidence and that helps. It’s good winning races but I’m not taking anything for granted. I’ll just be working hard to find my next winner.”

Satherley heads to Wanganui for three rides on Saturday, including feature mounts aboard the Brosnan-trained Supreme Heights in the Listed AGC Training Stakes (1600m) and Express Yourself for New Plymouth trainer Robbie Patterson in the Listed John Turkington Forestry Castletown Stakes (1200m).

“I’m looking forward to riding down there on Saturday, especially Supreme Heights again. She’ll be even better with that last run under her belt and it doesn’t look an overly strong race.

“She didn’t really handle the track at Rotorua last time. She was dipping and diving until I got out onto the better ground and that’s when she really got stuck into her best work.

“The two-year-old of Robbie Patterson’s looks a good chance in an even race too. And Mark’s other horse (Leicalot) ran really well for second last start and she looks a winning chance too.”