Shining light came through for Brosnan 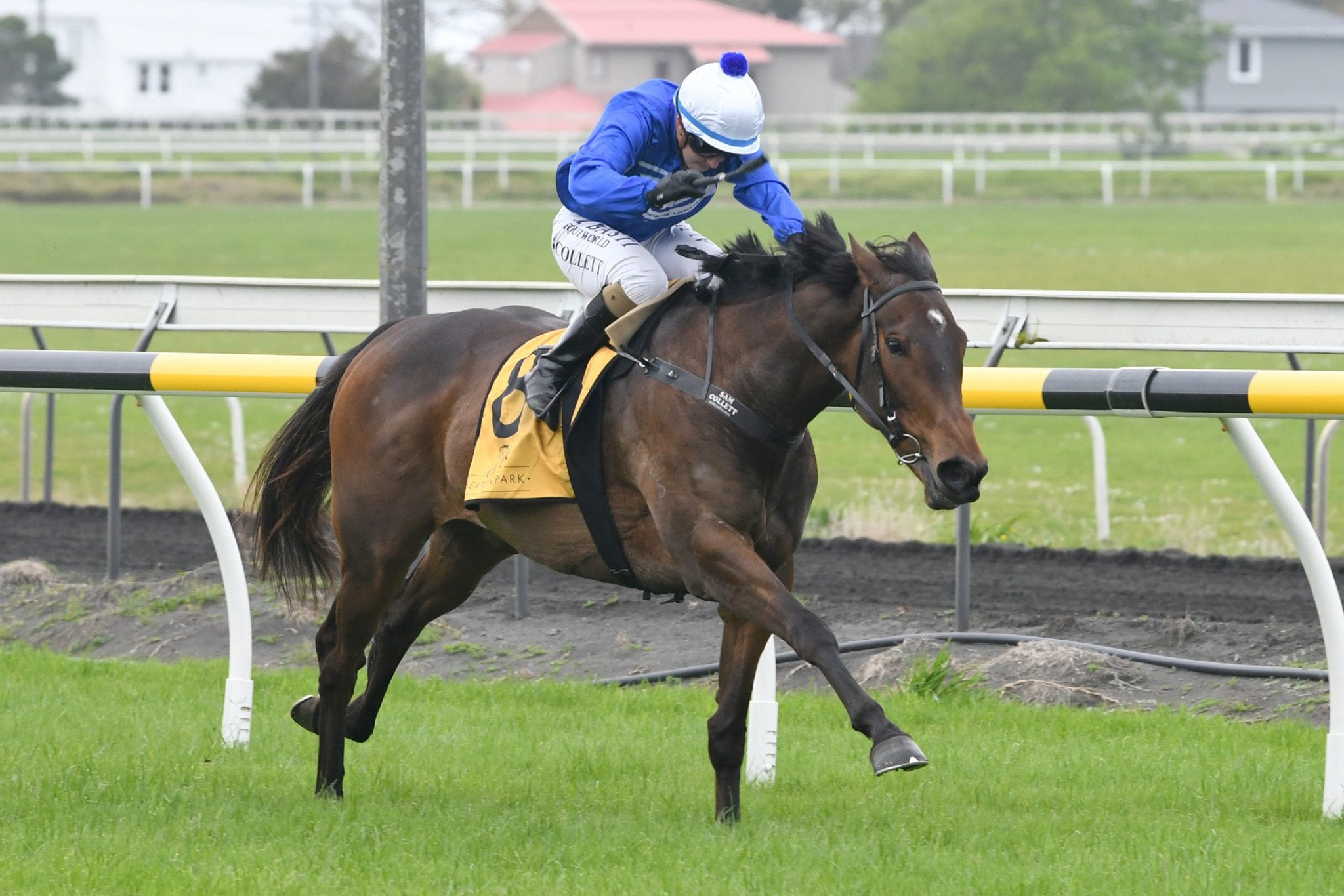 Last Saturday’s stakes win at New Plymouth was a fitting outcome from a mare who held the shining light at the end of New Zealand’s COVID-19 racing lockdown tunnel for Matamata trainer Mark Brosnan. When winning the Group 3 New Zealand Bloodstock Ready To Run Sale Trainers Series (1400m), Supreme Heights took her record to six wins and four placings from 15 starts and added significantly to her value as a broodmare with a prized stakes victory.

For Brosnan, the black type success is one to thoroughly enjoy, coming more than nine years after his last stakes triumph with his top mare Veloce Bella in the Group 3 Trentham Stakes (2100m) in January 2011. “It’s been a long time between them,” Brosnan said. “She’s a good mare and I knew she had the ability, but I was worried about her handling the track.”

A positive ride by Sam Collett from a wide draw put Supreme Heights on the pace and the Jimmy Choux five-year-old provided her connections with such a big thrill, one which moved Brosnan’s wife, Yo, to give her a special mention on her Facebook page. “This little girl is the only reason we are still training during and since Covid,” wrote Yo Brosnan. “Summer you’re a little bit special.”

Brosnan confirmed Supreme Heights’ potential was the encouragement he needed to carry on training through the period when New Zealand racing had halted and most of the big stables had turned out their entire teams. And coming out the other side of the racing lockdown, Supreme Heights has delivered with a fresh-up second to Tavi Mac and two consecutive wins from five starts.

“We decided to press on during lockdown and keep training them,” Brosnan said. “We never have more than 12 in work and Yo and I do it ourselves. “It’s helped us have her fit enough for this race, even though she paid a hefty penalty for her (lead-up) win at Te Rapa. She got nine points for that win (in a Rating 103 event), going from a Rating 80, but it was the only race we could run her in.”

Brosnan appreciates that other trainers were affected by the racing lockdown, but he knows it may have cost his stable and some of its owners a timely opportunity for financial return. “The sort of horses I’m dealing with are suited by the racing and tracks at the time we had the lockdown,” he said. “That’s often the time of year I get a few winners, while the good horses are out with the bigger stables easing off and resting most of their teams. “I’ve got wet trackers and a few jumpers who could have raced and made a few dollars for the owners during that time. “Now with the better tracks coming there won’t be the same opportunities for those horses. The competition is tougher.”

Included in the group are Magic Cannon, who finished fourth in last year’s Great Northern Hurdle (4190m), and Banks Road. “Magic Cannon needs wet tracks and now we’re striking the better tracks for our jumps races so there’s not much for him,” Brosnan said. “He could be tossed out or turn to steeplechasing. “We got a win out of Banks Road (over hurdles at Te Aroha in late August) and he ran a good race on the flat last start, but we lost some opportunities for him during lockdown.”

The four-race winner Tammie Wynette has had a third in three starts since joining Brosnan’s stable and, though she failed on a good track at Ellerslie last weekend, there is hope in the camp she can bounce back at Matamata on Saturday week in a Rating 74 1600m.

Through it all Brosnan has pinned his hopes on Supreme Heights providing a new-season boost for his low-key stable and he appreciates having a horse of her potential in his care. “It’s good to have one like her in the stable,” he said. “I’m not dealing with the fashionably-bred horses like the big stables so getting any winners is hard to come by. “Back when Veloce Bella was going I also had Valley Chief racing and they did so well I was starting to think the game was easy. But I soon came back down to earth. “We’ve been struggling and at times I’ve thought about maybe doing something else, but I’ve been in racing all my life. You just keep going and hope a good horse comes along.”

Brosnan (56) was bred into racing with his father, Sam, being a successful owner-trainer and Studmaster. He was brought up helping on his parents’ stud and tried his hand as an amateur rider with one win in 1983-84 before turning to training almost 30 years ago.

The boutique stable consistently sent out winners, however, without doubt, the biggest boost for Brosnan came when he trained Veloce Bella (12 wins) and Valley Chief (13 wins). That was the start of a run of stakes victories over five seasons for him. He picked up four stakes wins in 2006-07, the Group 2 Avondale Guineas (1600m), Group 2 Eight Carat Classic (1600m) and Group 2 Sir Tristram Fillies Classic (2000m) with Veloce Bella and the Group 2 Hawke’s Bay Gold Cup (2200m) with Valley Chief, then Valley Chief followed up winning the Listed Stanley Group TRAC Stakes (2000m) in 2007-08.

Veloce Bella chimed back in with a black type win in each of the next three seasons, taking the Group 2 Travis Stakes (2000m) at Te Rapa then providing Brosnan with his career highlight on the same course in the 2010 Group 1 Darci Brahma International Stakes (2000m) before her final win in the 2011 Group 3 Trentham Stakes.

Brosnan knows he may never find another Group 1 winner like Veloce Bella, but now with 12 Group or Listed wins on his CV he is keen to chase more black type with Supreme Heights. “It looks likely she will go to Hawera for the Breeders’ Stakes (Group 3 1400m on October 10),” Brosnan said. “There’s also the Matamata Cup (Listed, 1400m) here at home the same day and being back to 1400m it’s now an option. But it’s a handicap and she’s better placed at Hawera.”

You never know. If Supreme Heights continues top form, Brosnan may even realise that pipedream of another Group 1 attempt with the New Zealand Thoroughbred Breeders’ Stakes (1600m) at Te Aroha next April on the horizon.