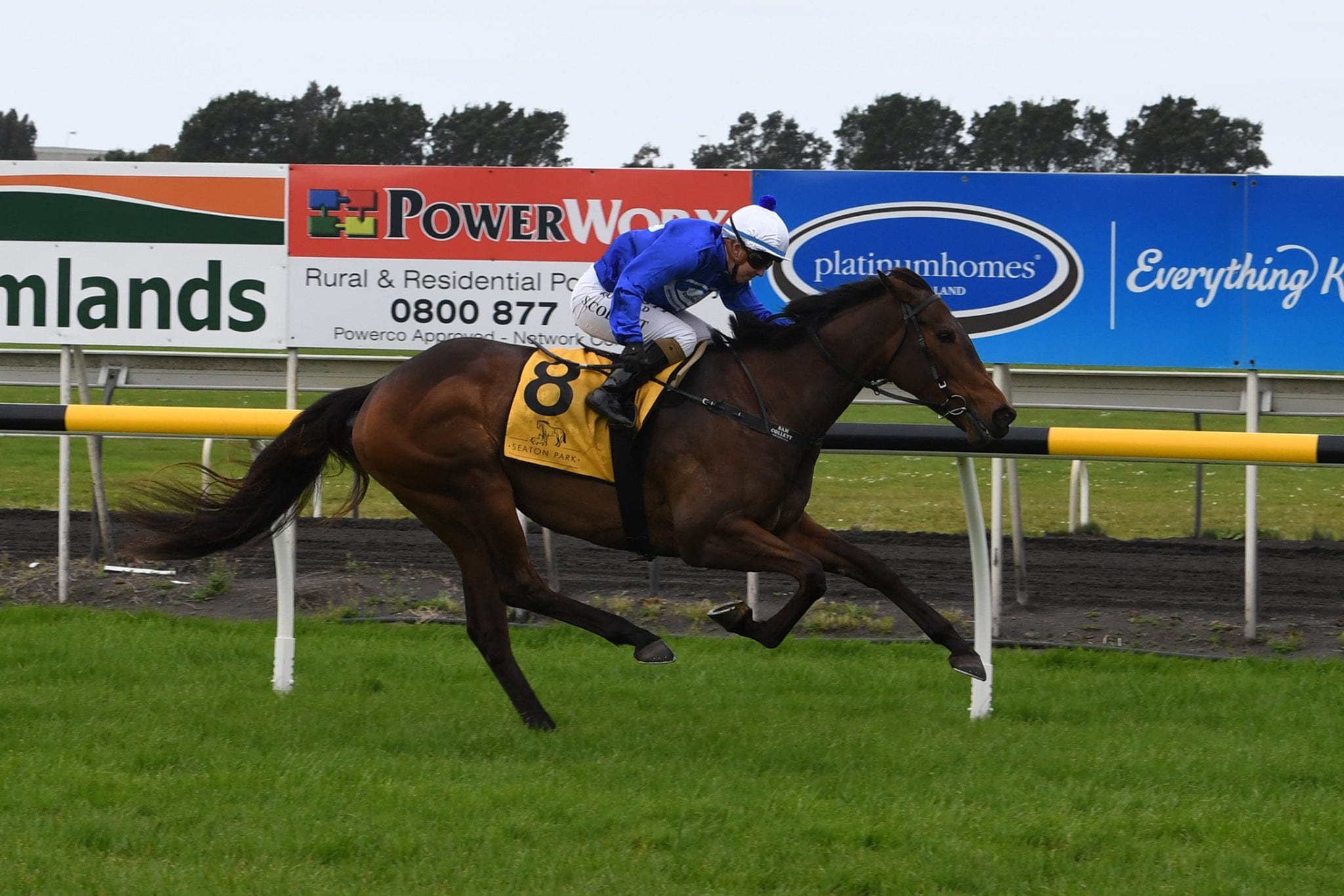 Underrated galloper Supreme Heights produced a gritty performance to lead all the way when taking out Saturday’s Group 3 NZB Ready To Run Sale Trainers Series (1400m) at New Plymouth. The lightly raced Jimmy Choux five-year-old relished the testing Heavy10 underfoot conditions as she repelled the challenges of local mares London Express and Ladies First to register her sixth career victory and first at stakes level at just her 15th start.

Rider Sam Collett bounced her away quickly from an outside barrier to set up a steady pace before putting the pressure on with 600m to run. Collett asked for a final effort in the run home and the answer was immediate as Supreme Heights drove clear to win by a length and a half at the line.

Trainer Mark Brosnan had been worried about the testing track conditions before the race but was relieved to see how well his charge handled the going during the race. “From that wide draw it was a very tough effort,” he said. “We knew we were going to have to use her from the draw as it wasn’t an advantage to get back. “I wasn’t that confident that she was going to cope with the ground but she handled it better than I thought she would. She won on a Dead6 at Te Rapa last time and I think that’s her favoured surface but she does go pretty well on the heavy stuff as well.”

Raced by a large group that includes her co-breeder, well known Matamata veterinarian Bill Ewen, Supreme Heights will now attempt to add a second black type success to her record before heading to the spelling paddock. “She might have one or two more starts before we pop her out for a break,” Brosnan said. “The logical target would be the Breeders’ Stakes (Group 3, 1400m) at Hawera in a fortnight but we will just have to see how she pulls up. “The way she keeps improving we might even have to have a look at the Group 1 at Te Aroha in the autumn as I’m pretty sure she will get a mile as she continues to strengthen up.”

Brosnan was referring to the Group 1 New Zealand Thoroughbred Breeders’ Stakes (1600m) that is normally raced at Te Aroha each season however this year the race wasn’t held due to the COVID-19 pandemic lockdown that halted all racing in New Zealand at the time.

The win brought up a special milestone for Collett who registered her 800th victory in the saddle after commencing her apprenticeship back in the 2006/007 season. It was the first stakes victory for the season for Collett and the 37th overall in a career that saw her take out the 2017/18 National Jockey’s premiership with 131 victories.