Swords Drawn ready to go to the next level 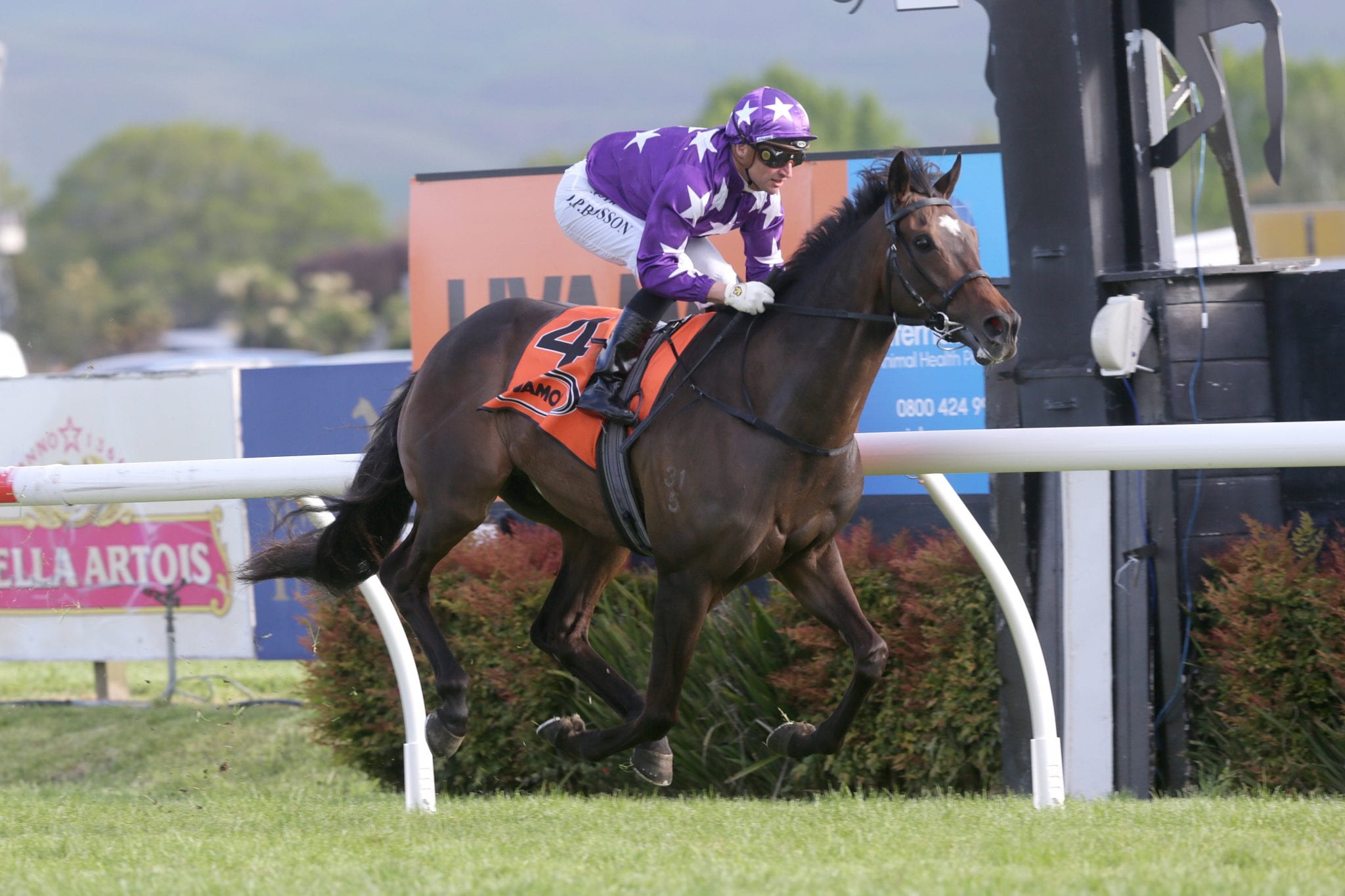 Progressive galloper Swords Drawn threw his hat into the ring for some of the upcoming summer staying features when he stormed home from near last to score impressively over 1600m to close out this year’s Hawke’s Bay Spring carnival.

Placed twice in stakes company as a three-year-old, the now five-year-old Camelot gelding has always looked to have the makings of a quality stayer with more experience and maturity on his side. Second up on Saturday, the Shaune Ritchie and Colm Murray-trained galloper looked a forlorn winning prospect at the 600m mark when last on the inner for rider Opie Bosson.

The champion jockey didn’t panic as he hugged the rail in the home straight with Swords Drawn, who burst to the front at the 200m before easing down to win by just under two lengths at the line. Murray was delighted with the run as he looks ahead to bigger targets in the coming months.

“That was an awesome run,” Murray said. “His turn of foot was very good and he relaxes so well in his races now. “It was a super ride from Opie as well as he just picked a path up the fence and when he gave him his head, he really let down nicely. “He’s a far stronger and more mature horse for this campaign where we would like to get him into those good cup races on a light weight.

“He will most likely have a run over 2100m at Te Rapa in three weeks then we can look at the Counties Cup (Group 3, 2100m) or the Waikato Cup (Group 3, 2400m) after that. “He came home last night and ate up and is enjoying some sun on his back in his paddock today. His attitude at home has changed and he’s more relaxed now, doing everything right so we’ve got plenty to look forward to.”

Murray was also looking forward to quality mare Jennifer Eccles returning to the stable after a two-week break following a disappointing run in the Group 1 Windsor Park Plate (1600m) at her last start. “She’s coming back in off her wee break tomorrow (Monday),” he said. “We are just going to play it by ear with her and see how she is before we make any decisions on where she will go next.

“It is a big ask for a four-year-old taking on horses like Melody Belle as they need to find their feet at the elite level against those really good ones. “We know how good she is so when she has more experience under her belt, I think you will see her back to her best.”