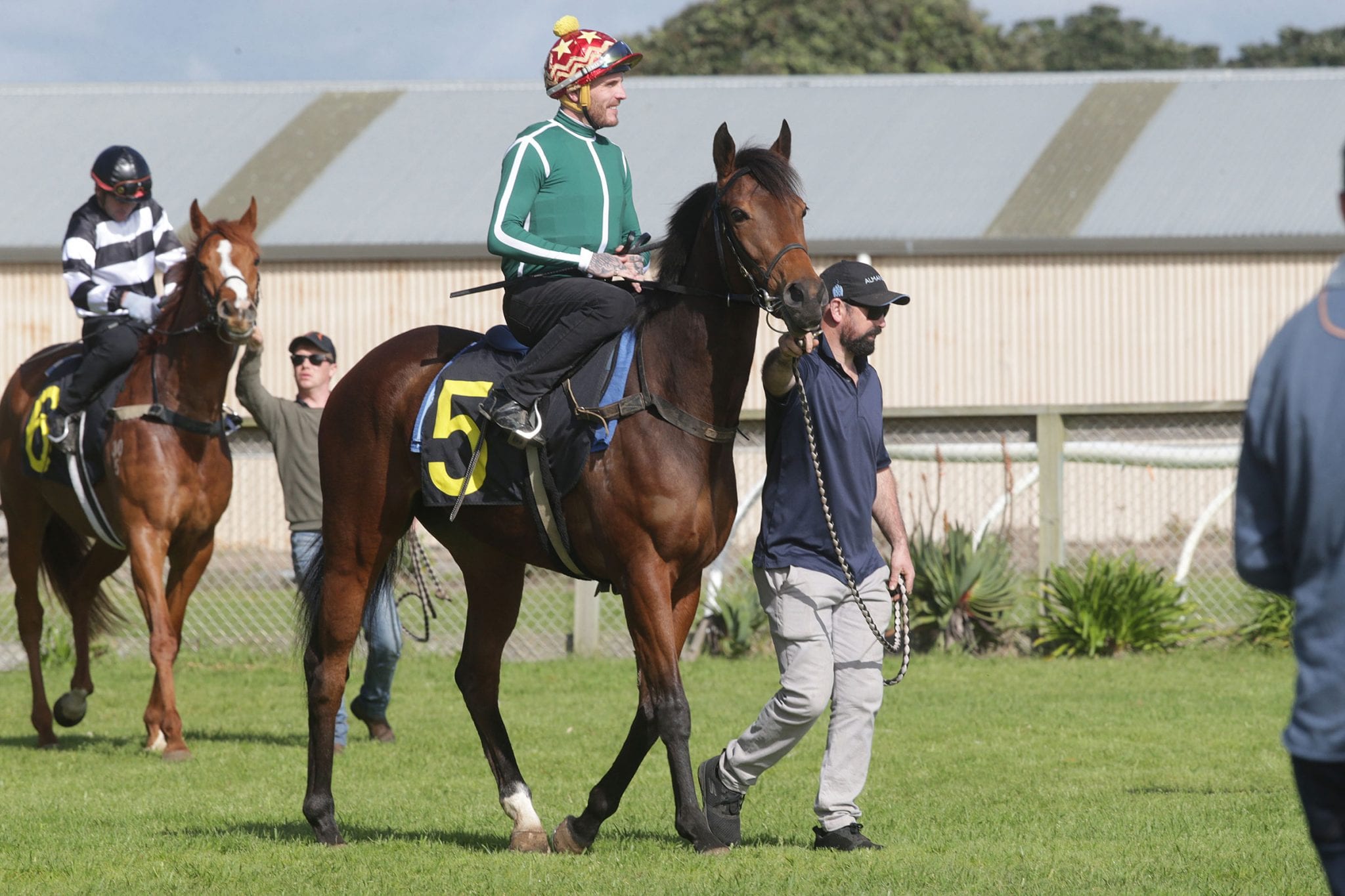 Shaune Ritchie was beaming after Jennifer Eccles’ 1050m trial at Ruakaka on Tuesday. He was delighted to see last season’s Group 1 New Zealand Oaks (2400m) winner relax in her heat and run on well to finish fourth against a quality line-up. “We are delighted with her,” said Ritchie, who trains in partnership with Colm Murray.

“Jason (Waddell, jockey) is at his getting ready weight, so the mare was probably giving a little weight away to some key horses. “The Bostonian is a genuine Group 1 sprinter in Australia and Dawn Patrol is probably one of the quickest horses at Cambridge, so for her to trial as nicely as she did in that quality of field was very good to see. “Jason’s comments right after the trial were that ‘she is right back where we need her to be’.”

Ritchie said his mare has matured a lot since her three-year-old term and it has been showing in her work at home. “Last prep we were flat getting her to run slower than 37 because of her over competitive nature,” he said. “We felt she ran the Oaks trip out because she was perhaps classier than them. “We were anticipating that she might be perhaps around the mile to a mile and a quarter mare this year. But in her track work this time around we haven’t been able to get her to go quicker than 41, which just goes to show how much she has mellowed as a mare and relaxed this time around.

“She has still got that willingness, but she is not as eager to get on with it on the training track. “I felt that showed in the trial. She bounced out keen, because she is fresh, and she sat in the one-one lovely. She just came off the bridle a little bit on the corner and then was right up under Jason again on the line, which suggests to me that 2000m might be a go this prep as a four-year-old, which is pleasing as that is where the money is.”

There are plenty of options available to Jennifer Eccles this spring and Ritchie said he has been working closely with Challenge No.10 Syndicate Manager Adrian Clark to try and map a plan. “The frustrating part for trainers is that we like to strongly micromanage,” Ritchie said. “With Adrian (Clark) and I, we sit down on a weekly basis with the changing of races and trials and the unknown of what is happening in Melbourne, and all the different options in front of us with a high quality horse.

“The secondary factor is we don’t know how good she really is and what level we are going to get to. But it is exciting having a horse with that unknown quality and she certainly looks like she is right back to her very best from last season. “At this stage we are nominating her for everywhere. We are in all three legs at Hastings, although with the fact they are two weeks apart now she would be unlikely to run in all three. “She would probably take her place in the Tarzino (Group 1, 1400m) and then we will decide from there where we sit and how we are looking.”

Ritchie hasn’t ruled out a hit-and-run mission to Australia later in the spring. “She holds a nomination for the Cox Plate (Group 1, 2040m) and that would become attractive if the internationals didn’t come,” he said. “The advantage that I have got is that if we don’t get exemptions to get to Melbourne I have my brother over there, who I am sure will be able to get a week off work from Chris Waller to be able to go and attend to the filly.

“She could fly in herself on the Monday and out on the Monday and Craig could attend to her in that week. “So we have lots of options on the table. We are just going through all of those at the moment, but the horse is playing her part and appears to be right where we want her to be. “We are still seven weeks off her first run, so with that little trial into her was just lovely.”

Ritchie was also pleased with the performances of a couple of his other triallists. “Swords Drawn had a lovely, quiet trial,” he said. “He just got back and ran on in a very strong heat. We weren’t asking too much of him. “He will look to kick-off in three weeks over 1400m somewhere. He has been successful at Hastings over the carnival before so we will probably trek back down there with him.

“I am very happy with Swisswatch, he is ultra-competitive. He is probably a bit better left-handed than he is right-handed, but it was just a barrier trial. “He is still quite long in the coat, but he will most certainly appear at either Te Rapa or Hastings. We are also toying with the owners over whether he would be better placed in Australia. “We are just waiting to analyse where he is at in the handicaps and what sort of races are available on both sides of the Tasman for him.

“I thought The Good Fight went super. He sat back in a 1200m heat and he got right up behind them. He didn’t get a lot of room early in the straight and when he did he was quite keen under his own steam to hit the line strongly. “He will take his place in the Whangarei Cup next week and that should be a nice race for him. “It’s just a matter of making some decisions after that as to whether he is better placed in Melbourne or back here for another run.

“He is a high-class stayer. Even if he isn’t good enough for a Melbourne Cup, with the internationals not coming, there are races like the Bendigo Cup worth $400,000. “If there are 12 more spots in a Melbourne Cup then it weakens those races. Those undercard races become attractive for a horse like him.”