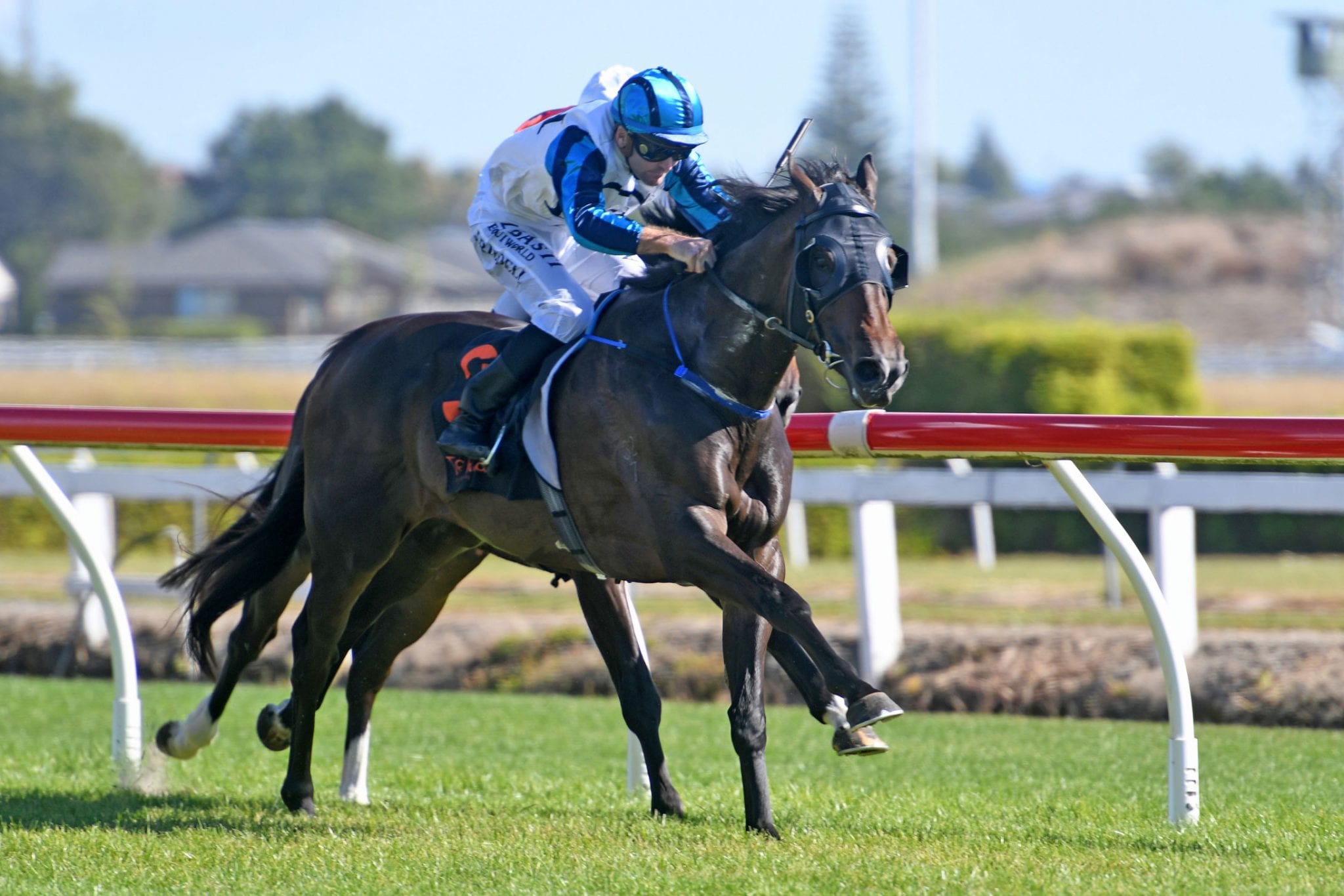 Progressive three-year-old Shockallia will not contest the Group 1 Vodafone New Zealand Derby (2400m) but could be seen in Classic races later in the season according to trainer Shaune Ritchie, who prepares the son of Shocking in partnership with Colm Murray.

“He got a very deep-seated stone bruise basically the day after his Te Rapa win and we have just got him right the last couple of days,” Ritchie said. “It just cost us, it is not possible to get him to the Avondale Guineas (Group 2, 2100m) based on the work he has missed which is obviously a hell of a shame for us.

“We think a lot of him and we aren’t going to push a horse that has had an issue and if we get him right there is perhaps Queensland or something on the programme for him.

“He is a spectacular moving horse. He has a great action. He does want good ground though and he has it all ahead of him. He is lightly raced and we don’t want to push on with a horse that has had a minor issue and flatten him.”

While Shockallia won’t make the New Zealand Derby, Contributer gelding Tribute King will put his credentials to the test at Ellerslie this weekend, with the Cambridge trainers to decide whether the lightly-tried galloper contests the Avondale Guineas or a Rating 65 event over 2100m on the undercard.

“Obviously the Guineas would give us the best bearing and the 65 would be the softer option but we will have a close look at what draws we get tomorrow morning,” Ritchie said.

“I’m going to take the blinkers off him. He suffered from heat exhaustion last time. I felt he may have got his tongue over the bit so we have got a bit lifter, not a Norton style per se but something to get the bit lifted and that is added to his gear this weekend.

“I think he is a very talented horse but whether the Derby is coming up to quick for him is probably likely.”

Ritchie was happy enough with the run of Samina Bibi for seventh in the Group 2 David & Karyn Ellis Fillies Classic (2000m), which was won in dominant fashion by Amarelinha.

“Obviously those setting horses for the New Zealand Oaks (Group 1, 2400m) are hoping that filly (Amarelinha) is heading for the Derby or goes to Australia and stays well away from Trentham,” Ritchie said.

“Amarelinha is the Jennifer Eccles of last season, she is running away and hiding and looks unbeatable in the Oaks.

“If she doesn’t go that way, then we all have a shot at the title and if she does then we are all running for second or third.”

Five-year-old stayer Swords Drawn will step out in Saturday’s Group 2 Wallen Concreting Avondale Cup (2400m) as he builds up to the Group 1 Barfoot & Thompson Auckland Cup (3200m) a fortnight later, with the son of Camelot showing his staying prowess when finishing fourth in the Group 3 Wellington Cup (3200m) last month.

“He will be ridden by Billy Pinn and he will go back, ridden cold and we will see if we can use it as a preparatory run for the Auckland Cup,” Ritchie said. “We were very buoyed by the fact that he looked like he ran the Wellington Cup two miles right out. He was caught three or four wide, but the ground was probably better out there, he kept fighting to the line and was the last to pull up.”

Meanwhile, quality mare Jennifer Eccles had her first day back at the track on Monday.

“We have got a few options on the table which includes a possible trip to Queensland but we want to be sure she is returning to her very best,” Ritchie said.

“The indications are good, she had a good break and a couple of weeks on the water walker so she could be back to her best and if she is then there are a couple of options for her.”