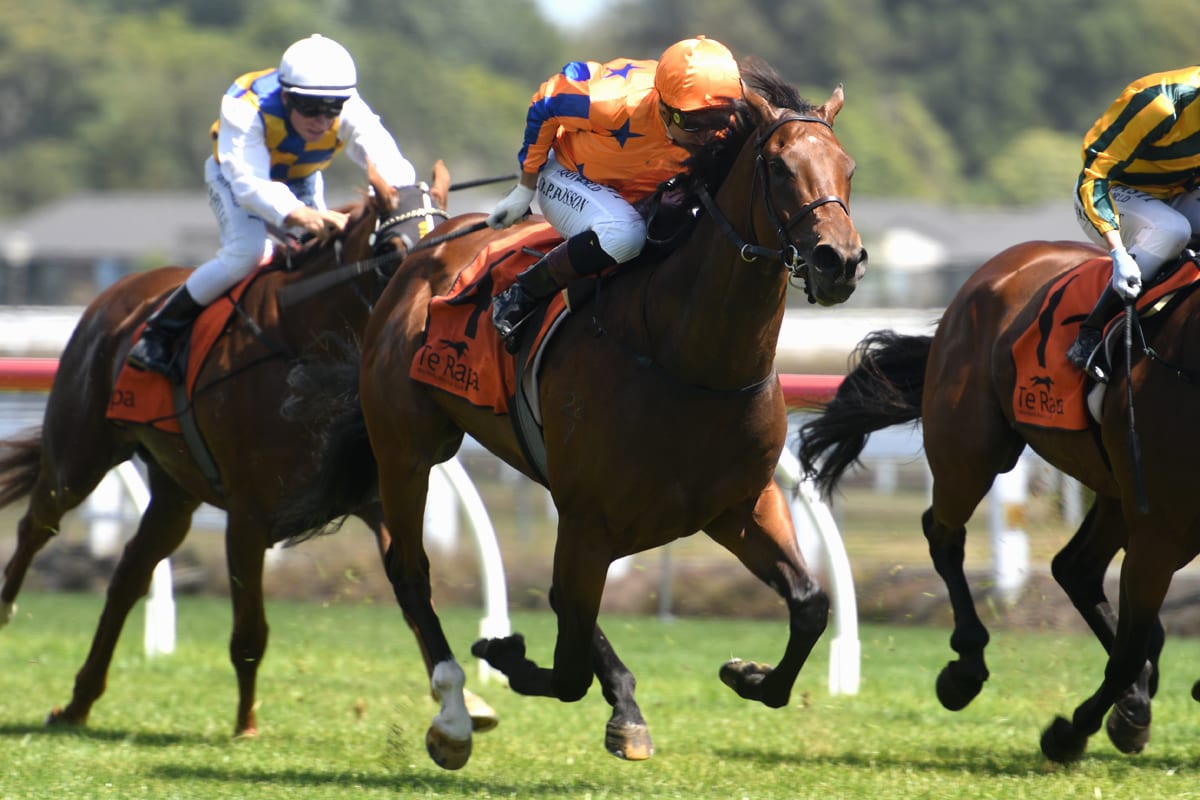 A number of contenders for the Group 1 Vodafone New Zealand Derby (2400m) at Ellerslie on March 6 were in action at Te Rapa on Wednesday, where +250 Derby favourite Rocket Spade pleased connections when running second over 2100m, lumping eight kilograms more than victorious older rival Vedo Rosso.

The son of Fastnet Rock will now head to the Group 2 Avondale Guineas (2100m) on February 20 where he is likely to clash with Maasir, who emerged as a Derby contender when winning over 2100m a race later.

Prepared by Jamie Richards, Maasir, a son of Proisir, is now an +1700 chance for the Derby and looks to be on an upward trajectory, settling beautifully under Opie Bosson to make it back to back wins.

“I’ve been pleased with him all the way through and it was a nice win,” Richards said. “He won his maiden well here a couple of weeks ago on soft ground, and has some European blood in his family and can handle easing in the ground.

“I was really pleased with the way he handled the step up in trip today, even though he’s still quite an immature sort of horse. “He did it with a fair bit of class there today. He got back, came between them, quickened and showed professionalism and it was a lovely ride by Opie.”

Out of a Swain mare, Maasir was purchased by David Ellis CNZM for $72,500 at the 2019 New Zealand Bloodstock Ready to Run Sale from the draft of Leanach Lodge.

Also successful on the card was Shockallia, who broke maiden ranks over 1600m for trainers Shaune Ritchie and Colm Murray and also looks a promising stayer in the making, firming from +6000 to +4000 for the Derby.

The son of Shocking, who is raced by Rich Hill Stud, relished the firmer conditions on Wednesday and is likely to be seen back at Te Rapa in a week and a half.

“We will see how he comes through it and how he eats up, but we had a plan in place that we can hopefully back him up in ten days’ time in the Waikato Guineas (Group 2, 2000m),” Murray said.

“He has improved and he is doing everything right. We will take it one step at a time. “Jonathan Riddell (jockey) said he got through the line very well and he is a really nice staying type.

“He is a horse that we always thought a bit of and he needs a good track. “We ran him on what ended up being a Heavy11 at Te Aroha at the beginning of January and he couldn’t go a yard in it and even last start at Te Rapa it rained on the day, but today things worked out nicely.

“It was great to get a win for John Thompson (of Rich Hill Stud), who is a good supporter and very easy to deal with.”