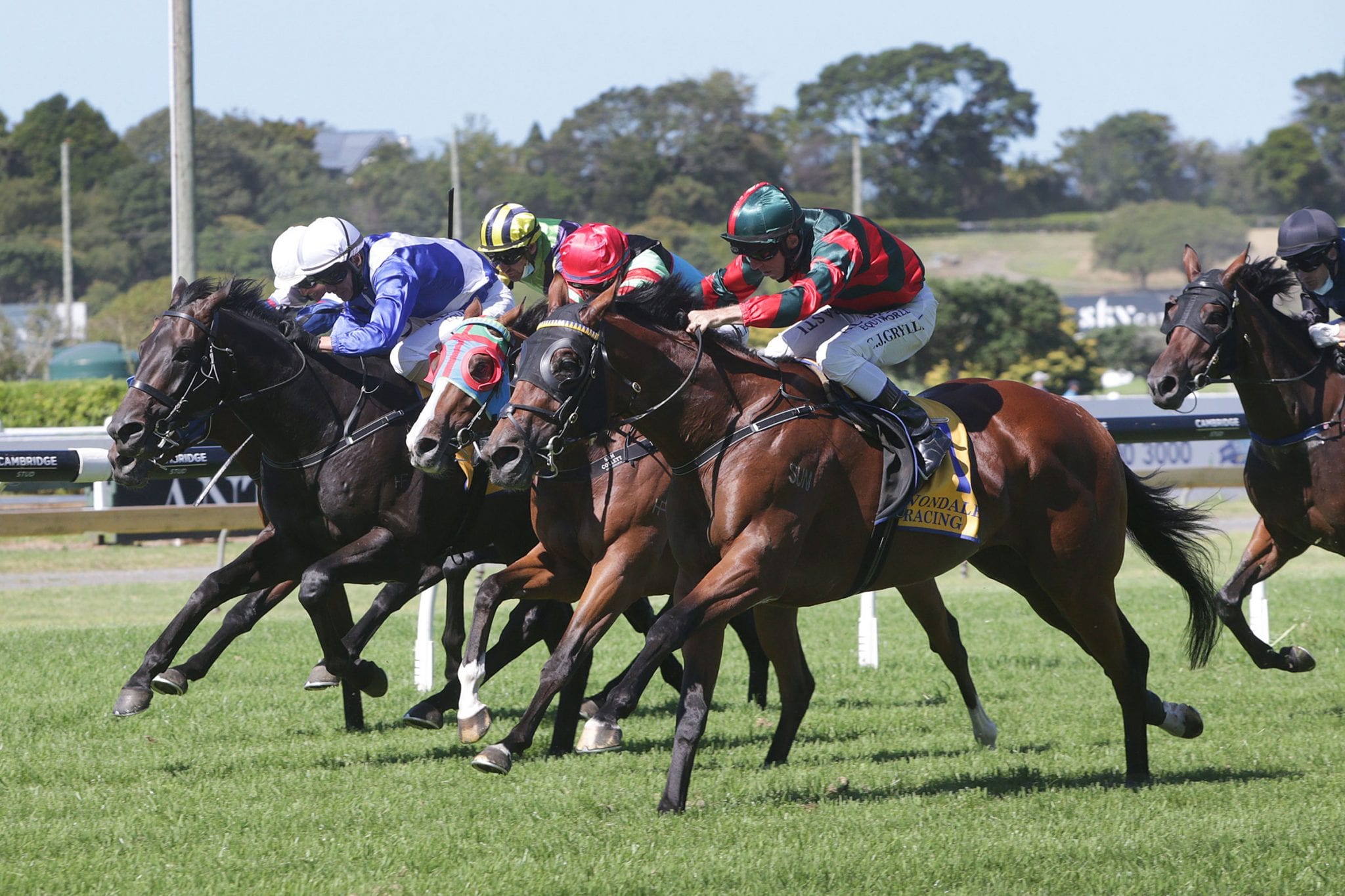 The Lance O’Sullivan and Andrew Scott-trained colt had entered Saturday’s vital Derby lead-up as the +350 second favourite for the blue riband event in a fortnight and strengthened his claims as he overcame a rocky run in midfield to storm home out wide and claim the major spoils from a number of his potential Derby rivals.

Punters installed the son of Fastnet Rock as a warm favourite to take out the Avondale Guineas off the back of a gritty effort for second against the older horses in an open handicap over 2100m at Te Rapa earlier in the month.

A sensational start to the race, which saw rider Sam Weatherley dislodged from Ulaanbaatar after 100m, threw the event into some chaos with riders taking a hold of a number of runners as the riderless horse made his way to the head of the field.

Rider Craig Grylls had Rocket Spade lobbing along nicely in midfield but spotted leaders Jason Belltree and On Display five lengths turning for home. Grylls launched his attack at the 200m and slowly wore down the pair to win by a long neck from Jason Belltree with On Display clinging gamely to third ahead of Lord Ardmore and Milford.

O’Sullivan and Scott took out the 2020 edition of the Avondale Guineas with Dragon Leap, who raced in the same Hermitage Thoroughbreds ownership as Rocket Spade, with O’Sullivan believing Rocket Spade has better credentials for the Derby than his former stablemate.

“I think we learnt last year that this year we have a horse who is a little more dour and more likely to run out the distance as opposed to Dragon Leap who was essentially a miler,” O’Sullivan said. “You just never know until they go the mile and half of the Derby whether they will stay, but on that performance today, I would like to think our guy certainly has the credentials to do that.”

O’Sullivan was particularly pleased with the ride by Grylls who provided a cool, calm and collected effort to secure the victory.

“It was a top ride by Craig as we asked him to ride him in fifth or sixth and just let him find his way into the race,” he said.

“When we arrived on course the horse was a little bit hot, but Craig got him relaxed and in the end, it was a pretty cool ride.

“Overall, it was just a good solid run as he kept on coming and really held them nicely over the final stages.

“The race today should help him as he looked as though there was still a little improvement in him, so come the Derby in a fortnight he will be spot on.

“We’ll take him home and just tick him over and we’re looking forward to coming back for the Derby.”

Bookmakers reacted by tightening Rocket Spade into a +250 Fixed Odds quote for the Derby, behind Te Akau Racing runner Amarelinha at +150, although the Savabeel filly is yet to be confirmed as a starter in the race.