Derby winner makes the most of Tauranga outing 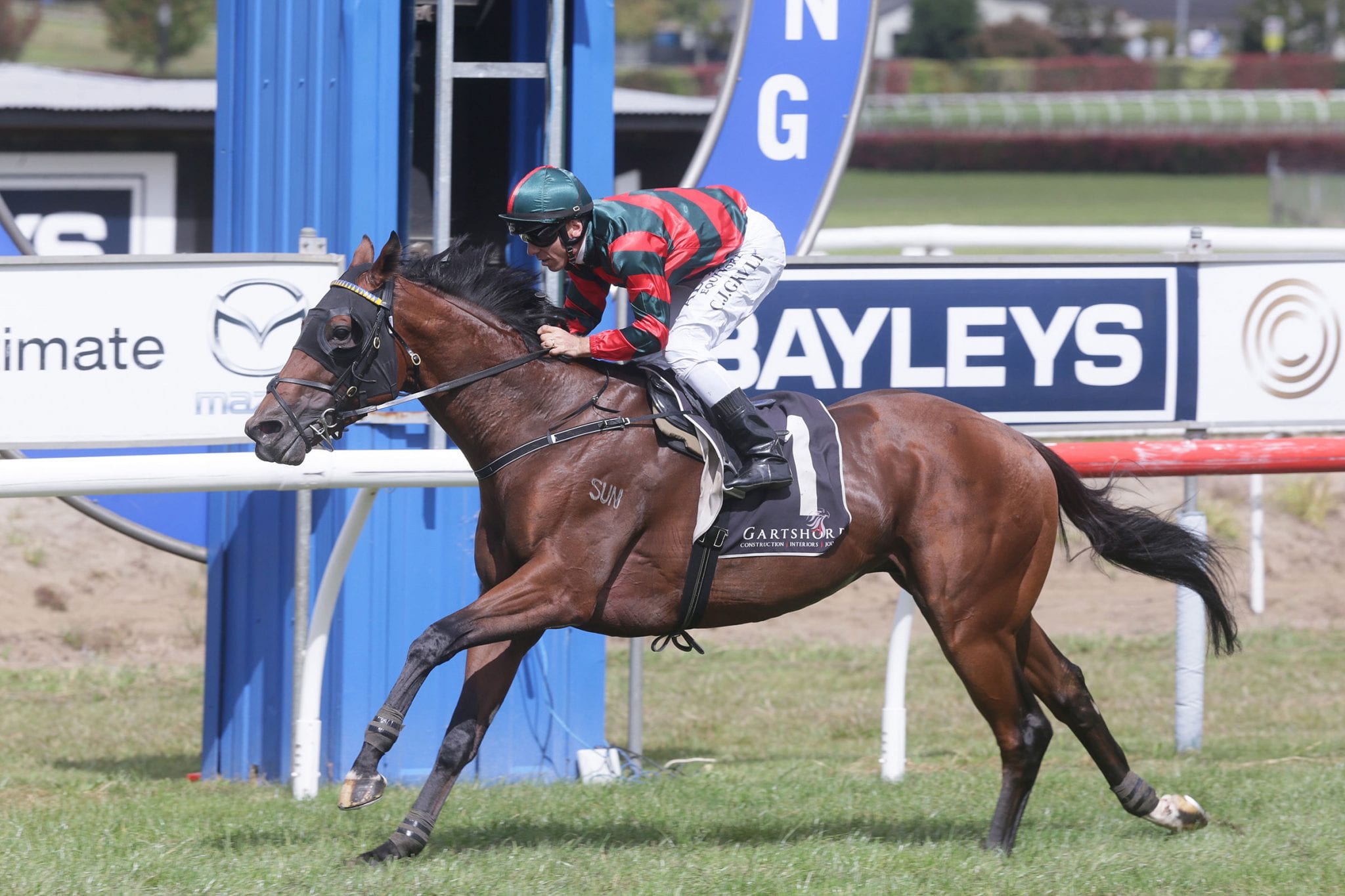 Exciting three-year-old Rocket Spade provided his connections with the perfect dress rehearsal for his Group 1 Australian Derby (2400m) challenge next month when he gave his age-group rivals a start and a beating over 1600m at Tauranga on Saturday.

The last start Group 1 New Zealand Derby (2400m) winner looked a picture of health as he paraded before the start and raced accordingly as he proved too classy in the closing stages of the contest.

Rider Craig Grylls allowed the Fastnet Rock colt to amble along at the rear of the six-horse field before commencing a sweeping run at the 600m.

Grylls had Rocket Spade fully wound up shortly after straightening and he dashed clear to win untouched by two lengths from the chasing pack, headed by Marchioness.

Co-trainer Lance O’Sullivan, who prepares Rocket Spade in partnership with Andrew Scott, was delighted with the performance and how the colt had pulled up after the race.

“He travelled nicely throughout and when Craig asked him to go he put them away pretty easily,” O’Sullivan said.

“We weren’t too sure what to expect as we have concentrated on getting him ready for the 2400m of the Australian Derby, so he could have been vulnerable over the mile today.

“I think his class shone through in the end and he has had a really good hit out which will help bring him along for his Sydney mission.”

O’Sullivan confirmed the horse would travel to Sydney on Monday April 5 with the Australian Derby set to be run at Randwick on April 10.

“This was a nice race for him today as he needed a run after freshening up following the New Zealand Derby,” he said.

“He was back in his box at home an hour or so after the race and looked to have taken no harm from it.

“He can have a couple of easy days and then travel over on the Monday before the race.

“We have booked Kerrin McEvoy to ride him in the Derby, so it is all go from here.”

Raced by Hermitage Thoroughbreds, a racing and breeding operation headed by Hong Kong businessman Eugene Chuan, Rocket Spade has now won five of his 9 starts and over $758,000 in prizemoney.