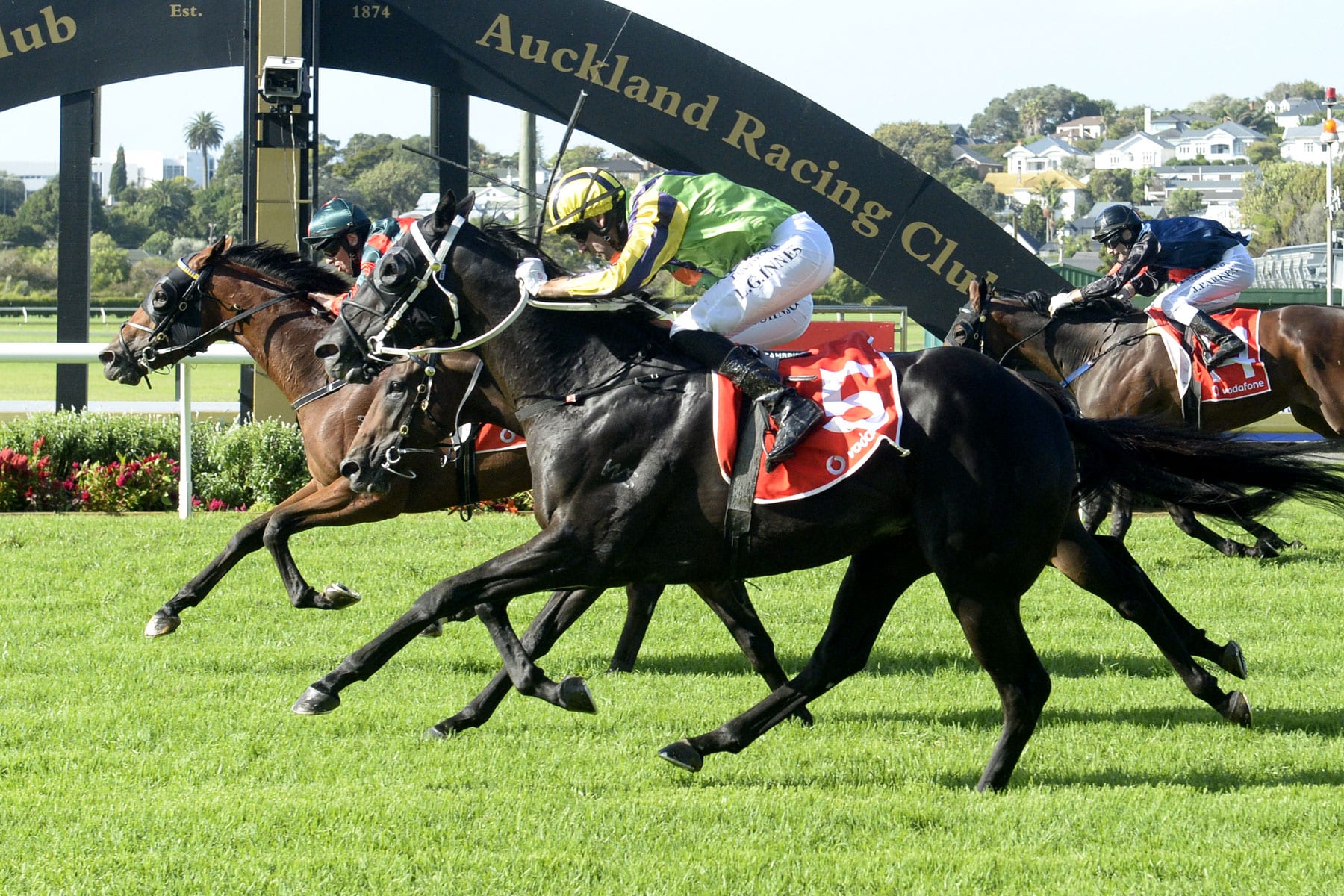 After winning the Group 1 New Zealand Derby (2400m) with Rocket Spade on Sunday, trainers Lance O’Sullivan and Andrew Scott were basking in the glory of a job well done.

The training duo quite rightly celebrated the blue riband victory with close friends and family in Matamata on Sunday night after leaving a strangely quiet Ellerslie, which conducted the feature meeting a day later than planned under COVID-19 alert level 2 conditions.

“It was a really satisfying win and great for the whole team at Wexford,” O’Sullivan said. “Scotty and I both woke up with sore heads on Monday.”

Raced by Hermitage Thoroughbreds, a racing and breeding operation headed by Hong Kong businessman Eugene Chuang, Rocket Spade’s connections were keen to win a Derby and O’Sullivan said it was very satisfying to accomplish the mission.

“Five years ago, the owner gave us the opportunity to buy a horse for them, and that was the brief, to try and win a Derby,” he said.

“That was the third runner for the owner in the New Zealand Derby. Dragon Leap ran fourth last year and we also had Cha Siu Bao contest the Derby won by Gingernuts.

“The saddle slipped and he bucked coming out of the gates and finished 40 lengths last. That was their introduction to having a Derby runner so it was a little bit demoralising, and it is very satisfying to get a result on Sunday.”

A trip across the Tasman is now in the offing for the Group One-winning son of Fastnet Rock.

“We will be going to Sydney but just what we are going to run in, we’re not 100 percent sure yet,” O’Sullivan said.

“The owners are keen to go. I know the Australian Derby (Group 1, 2400m) looks the obvious race but we have nominated him for a few races and we will make that call in conjunction with the owners.”

As a well-bred Group One winning colt, O’Sullivan admitted the potential stud value of Rocket Spade could have a bearing as to which races he contests in Australia and he is also mindful that it is challenging to peak on multiple occasions.

“That was his grand final for us yesterday, that’s what we were thinking,” O’Sullivan said.

“After his Avondale Guineas (Group 2, 2100m) win he pulled up and had a decent heave. We didn’t have to step up his work as that race fit him for the Derby and he was just in the zone yesterday.”

While It was a third Derby triumph for Scott, who previously saddled Cut the Cake and Xcellent in partnership with Mike Moroney in the early 2000s, for O’Sullivan it was his first in a training capacity, and 28 years on since he saluted in the Classic aboard Popsy, trained by his father Dave and brother Paul.

“It doesn’t seem that long ago. I can vividly remember things that happened that day,” O’Sullivan said.

All four of O’Sullivan and Scott’s runners at Ellerslie on Sunday sported the familiar dark green with red chevrons of Hermitage Thoroughbreds, including Group One-performed mare Spring Heat, who might have run her last race in New Zealand and didn’t appreciate the rain-softened conditions at Ellerslie on Sunday when third to emerging talent Entriviere in the Group 3 King’s Plate (1200m).

“After yesterday, there is really not a lot left for her in New Zealand unless we take her to Australia and look at somewhere like Brisbane,” O’Sullivan said.

“She is a very fast, top-of-the-ground mare.

“She has been a wonderful mare for the stable and I can’t see too many more races on the program here that will enhance her CV further.”

Summer Passage was a well-held seventh in the same race, with the six-year-old, who is stakes placed this preparation heading to the paddock and will return next season.

O’Sullivan was pleased with the run of Cha Siu Bao in an open 1500m race and hope to prepare the seven-year-old for a Group target back at Ellerslie next month, with fingers crossed for firmer conditions.

“He finished a creditable third and the ground was probably a little bit too testing for him but there is a race like the Easter Handicap (Group 2, 1600m) that Andrew and I are hoping to prepare him for,” O’Sullivan said.

Meanwhile, the stable is hoping to have another Sydney-bound runner, with Group Three winner Force Of Will to step out over 1600m at Ellerslie on Saturday in what will be her fifth raceday appearance.

“The plan is to run in the Vinery Stakes (Group 1, 2000m) and we are going to run her this Saturday in a special conditions maiden over a mile,” O’Sullivan said.

“She is owned by Sir Owen Glenn and I think she is still pretty untapped and certainly deserves her chance.

“The plan was to run in the New Zealand Oaks (Group 1, 2400m) but she had a little setback with a bad blood and missed a race, so we elected to get her right and if she performs well on Saturday she will get her ticket to Sydney.”