First runners back for Ritchie stable 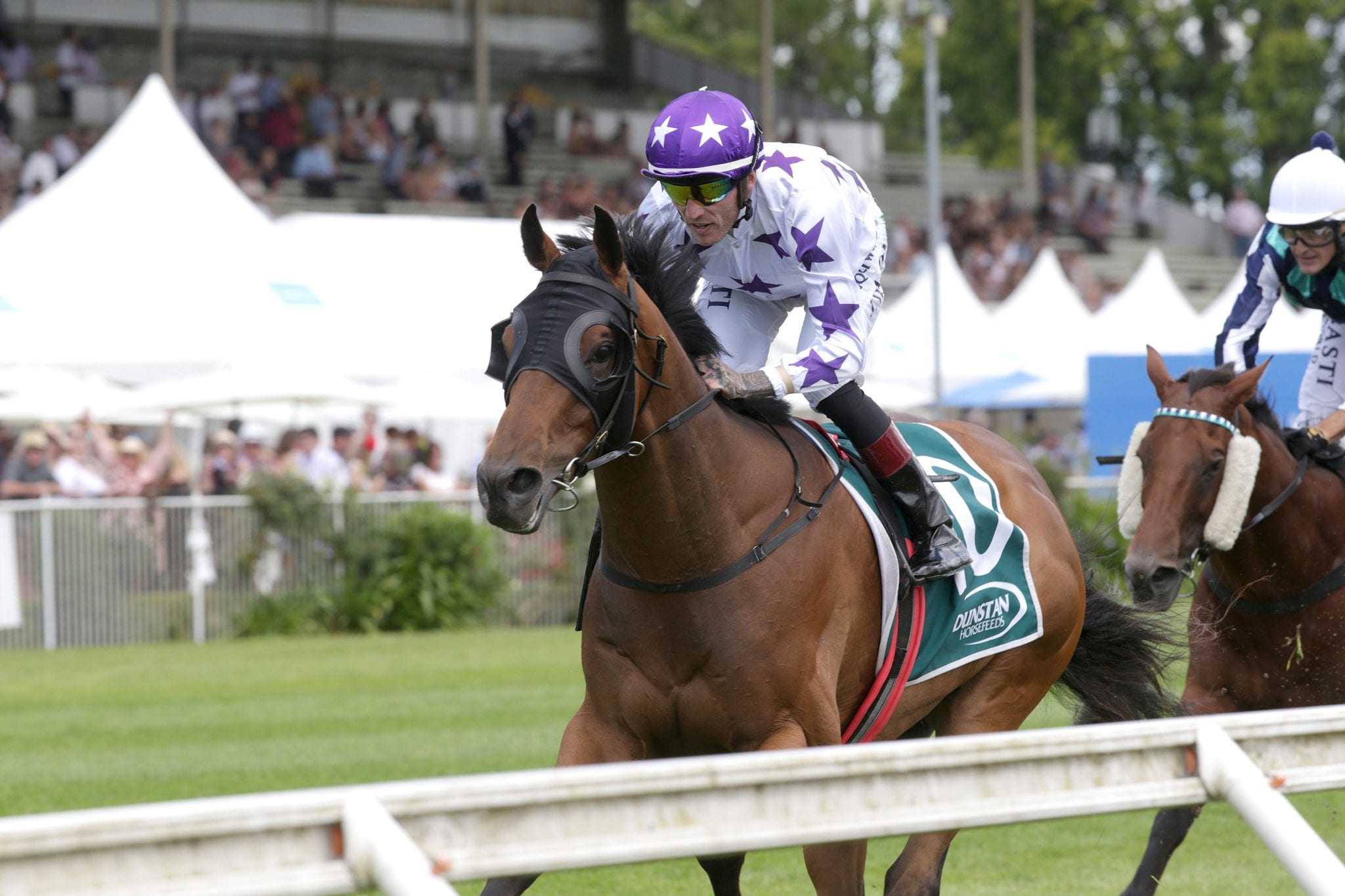 Cambridge trainer Shaune Ritchie is back in the game this weekend. Having watched from the sidelines for the first month as racing resumed after the enforced COVID-19 pandemic break, Ritchie will produce his first runners since March at Te Rapa on Saturday.

Noted stayers The Good Fight and Excalibur will tackle the Pathways – The Immigration Specialists 1400, while She’s A Smash Hit will tackle the Happy Birthday Matt Stent 1100 earlier in the day. “It’s nice for our team to be back in action,” Ritchie said. “We’ve taken a lot longer than other stables. The way we train our horses is to leave a bit of speed in their legs and that’s not really conducive to wet tracks. “We nearly always trial them, mainly so in their first start back they are not letting down punters, owners and ourselves but the most suitable trials for us were on bog tracks so we haven’t had the luxury of doing that.”

The Good Fight and Excalibur are among the first wave of Ritchie runners back as they build towards staying targets later in the year. “The Good Fight was effective over 1400m fresh last preparation but he is a year older this time around,” Ritchie said. “Excalibur is getting ready for the Taranaki 3210m race (Road To The Jericho) and hopefully he can win some money there to get to Warrnambool for the Jericho. It’s a nice race for $300,000.

“Horses of that class don’t often get to race for that sort of prizemoney and it looks a nice race for him. Where Are You ran well for third last year and, with respect to her, at his best Excalibur would have several lengths on her. “As for Saturday, I don’t think either are strong winning chances. Excalibur should get back and run past a few. The Good Fight you can’t write off and I won’t be surprised if he’s picking them off at the end.”

Ritchie expected a bold run from Showcasing four-year-old She’s A Smash Hit but was wary of the depth of her opposition. “She’s a nice horse with form at Te Rapa. She won her maiden there at her only start on the course. But it’s a really competitive race,” he said. “I’ve been surprised by the quality and numbers of horses stepping out so early, I guess as a result of the COVID-19 break. She’s probably our best chance but she’s up against strong opposition.”

Meanwhile, Ritchie is preparing for his usual winter sojourn to Ruakaka with a team of a dozen heading to the warmer weather for beach training and trials at the track on August 11. “I’ll take them up there for two weeks in two weeks’ time, horses like Jennifer Eccles, Swords Drawn, Swisswatch and Rum and I’ll take Dawn Patrol and Fiscal Fantasy up with me for Dad (fellow Cambridge trainer Frank Ritchie).

“There’s trials there on the 11th (of August) which just tops the trip off. Jennifer Eccles will have a trial which will really propel her forward to wherever we are racing in the spring.” Ritchie has Group 1 New Zealand Oaks (2400m) winner Jennifer Eccles earmarked for a Melbourne spring campaign but with the borders still closed to non-citizens or residents and rising numbers of Covid-19 cases in Australia, it’s unclear what measures will be in place for visiting New Zealand horses and stablehands.

Ritchie along with several leading trainers have, with the backing of the New Zealand Trainers’ Association and New Zealand Thoroughbred Racing, been lobbying Racing Australia to provide support to allow staff to travel with New Zealand contenders for spring racing in Sydney and Melbourne.