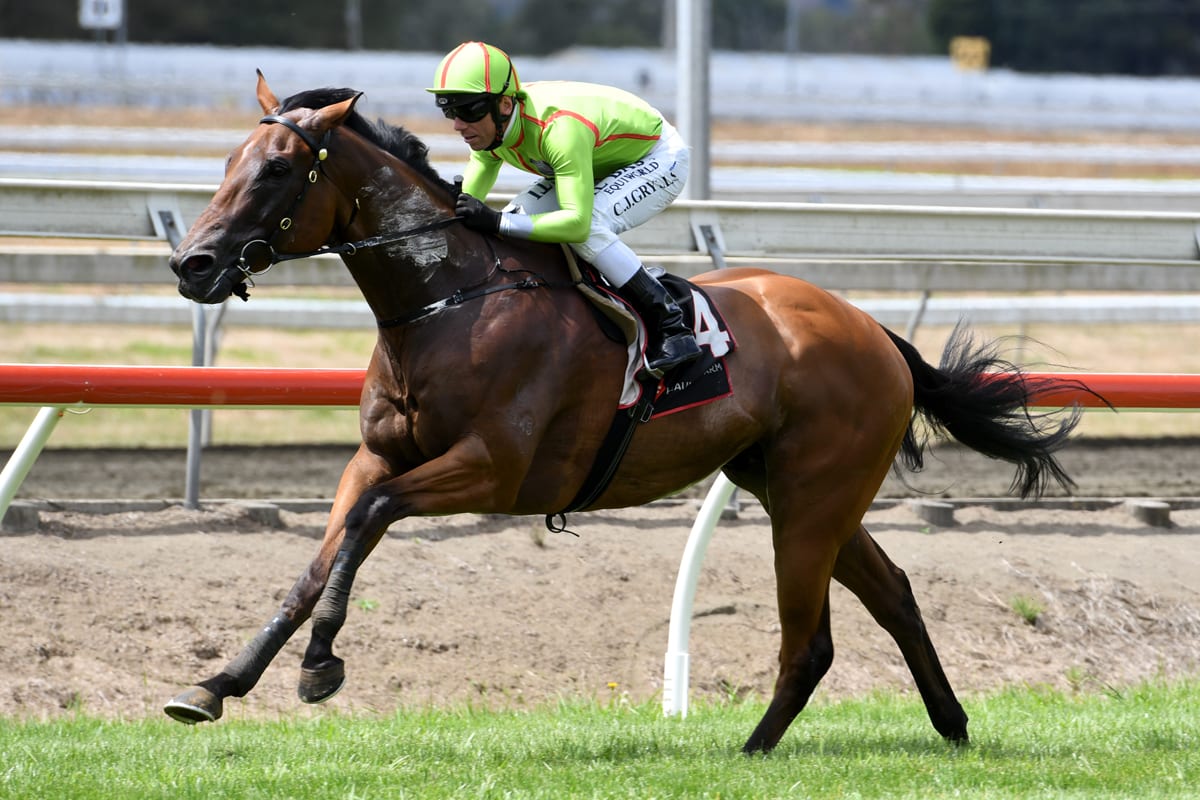 Patience is a virtue and Cambridge trainer Trevor Da Cruz has shown plenty of it over the last few years with promising galloper Superiority. That patience paid off when the six-year-old gelding recorded his maiden win in the Counties Home Loans And Insurance 1200 when on debut at Pukekohe.

Superiority jumped well from his outside barrier of 13 and he was pushed forward early by jockey Craig Grylls to take the trail behind pacemakers Irish Girl and Empire Patch. Grylls asked his charge to improve when turning for home and he lengthened nicely to easily account for his opposition and runaway to a comfortable 6-1/2 length victory.

Grylls had a big rap on the horse after the race and believes there are plenty more wins instore for the exciting gelding. “He began brilliantly and without doing any work I was able to slot straight into the trail,” Grylls said.

“It worked out well from the wide draw, we couldn’t have got a better run. “It was a great training effort by Trevor, he opted not to go to the trials and come here,” Grylls said. He knows his horses well, so full credit to him. He is a smart galloper.”

It has been a slow road to get to the races and Da Cruz, who also owns the gelding, said the wait was well worth it. The son of Snitzel showed promise as a three-year-old when winning both of his trials in New Zealand for Da Cruz, who at the time was training in partnership with his brother Martin.

His connections then elected to bring him to Hong Kong where he continued to show his ability, however, injury struck before he was able to show his talents on raceday. “He is one I have thought highly of ever since he was a baby when I bought him,” Da Cruz said.

“I was really sad to see him go to Hong Kong. “He won a trial within five weeks of arriving in Hong Kong. He backed-up and trialled a few weeks later and he injured a tendon. “The owners wanted to retire him, they didn’t want to wait because they had a lot of horses, so they thought they would send him back to New Zealand and I am fortunate enough to have him back.

“I have had him back just over 18 months, so it has been a long time coming. “He has taken a while for me to nurse him back to where he is today. I am very happy with him today.”