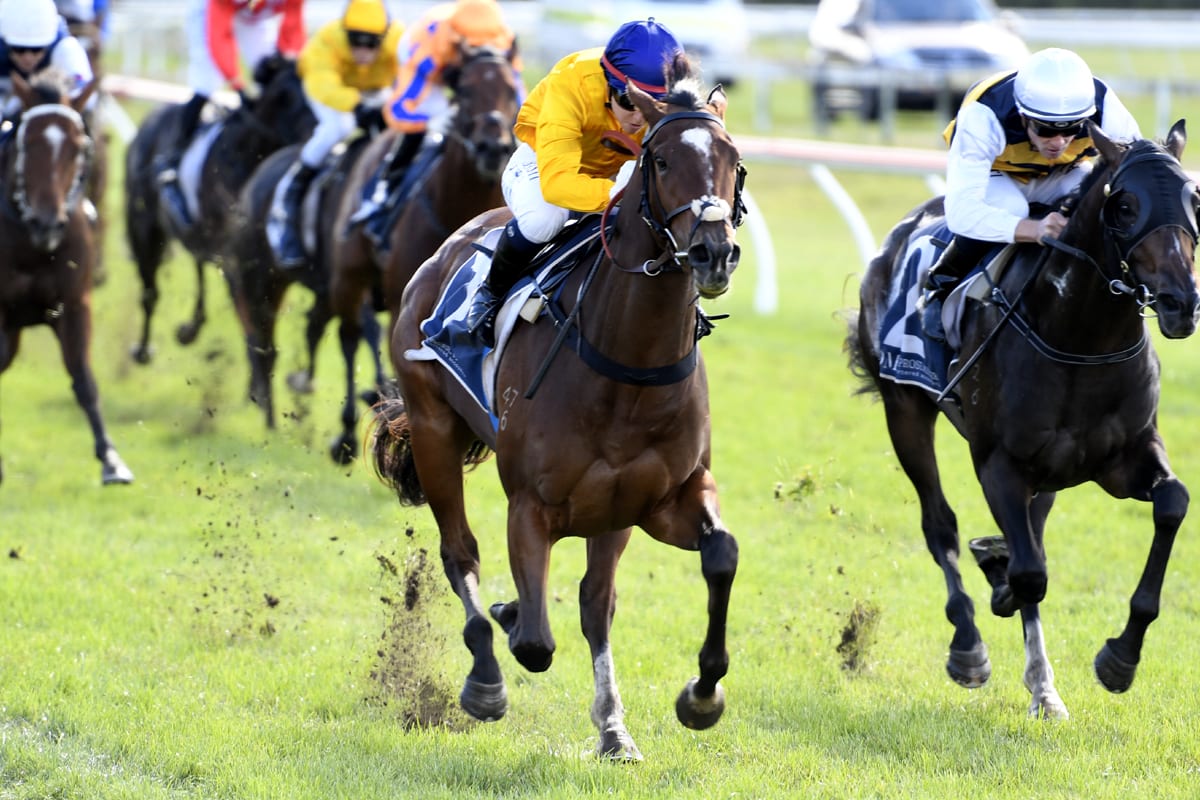 Woodcote Lass was part of Stephen Autridge’s team of horses based in Christchurch last spring and a bold performance at Waverley on Friday would assure her of a place in the travelling squad this year too.

Autridge, these days training in partnership with Kris Shailer, has earmarked nine horses to travel to Christchurch in the coming weeks to prepare for New Zealand Cup week features. Woodcote Lass, who won twice on the trip last year and placed in the Listed Canterbury Belle Stakes (1200m) at Riccarton, has the Group 3 Stewards Handicap (1200m) at Riccarton on November 11 as her spring target.

“She’s in line for a Christchurch trip. We’re looking at going down early but we’ll see what happens Friday first,” Autridge said. “The really good sprints are down there later in the carnival. There are good sprints on the way through but there are some nice races up here beforehand too so we’ll just see.”

Bred and raced by Valachi Downs principal Kevin Hickman, Showcasing four-year-old mare Woodcote Lass will resume in the Treadwell Gordon 1200 at Waverley for Valachi-retained rider Craig Grylls after impressing with a third placing at last month’s Te Aroha trials. “It was a brilliant trial and we were really rapt with her work on Tuesday,” Autridge said.

“The draw (barrier one) makes it really attractive. We had another maiden to go as a travelling partner but he drew the outside and won’t go down. But we’ll definitely be sending her because it looks such a suitable race to kick her off in. “She’s 100 percent a trier and she handles any ground. We think she’s a one, two or three shot on Friday.”

Among other possible members of Autridge and Shailer’s travelling team to the south are talented mares Karalino and Communique, who provided the stable with a memorable quinella in last season’s Group 3 Sunline Vase (2100m) at Ellerslie.

The pair hold entries for triple crown races at Hastings this spring, having resumed with encouraging performances at Te Rapa last week. “They both ran nicely first-up. Karalino is entered for all three legs of the weight-for-age series at Hastings, Communique just the last two, but where they are in the ratings, they are going to have to step up beforehand,” Autridge said.

Another slated for a trip south is Kelly Renee, the stable’s leading candidate for the Group 1 Barneswood Farm New Zealand 1000 Guineas (1600m) at Riccarton on November 14. Group 1-placed in the Sistema Stakes (1200m) at Ellerslie last season, Kelly Renee should be easy to place as a maiden still. “She’ll go down early and head towards those lead-in races for the 1000 Guineas. She’s coming up really well,” Autridge said.

“We’ll look at taking eight or nine down again. Kevin lives in Christchurch and likes having them race down there,” added Autridge, who was delighted to have Shailer in partnership this season. “It’s outstanding having Kris on board. Things are going better than ever.”