Turn The Ace goes one better than his illustrious sire 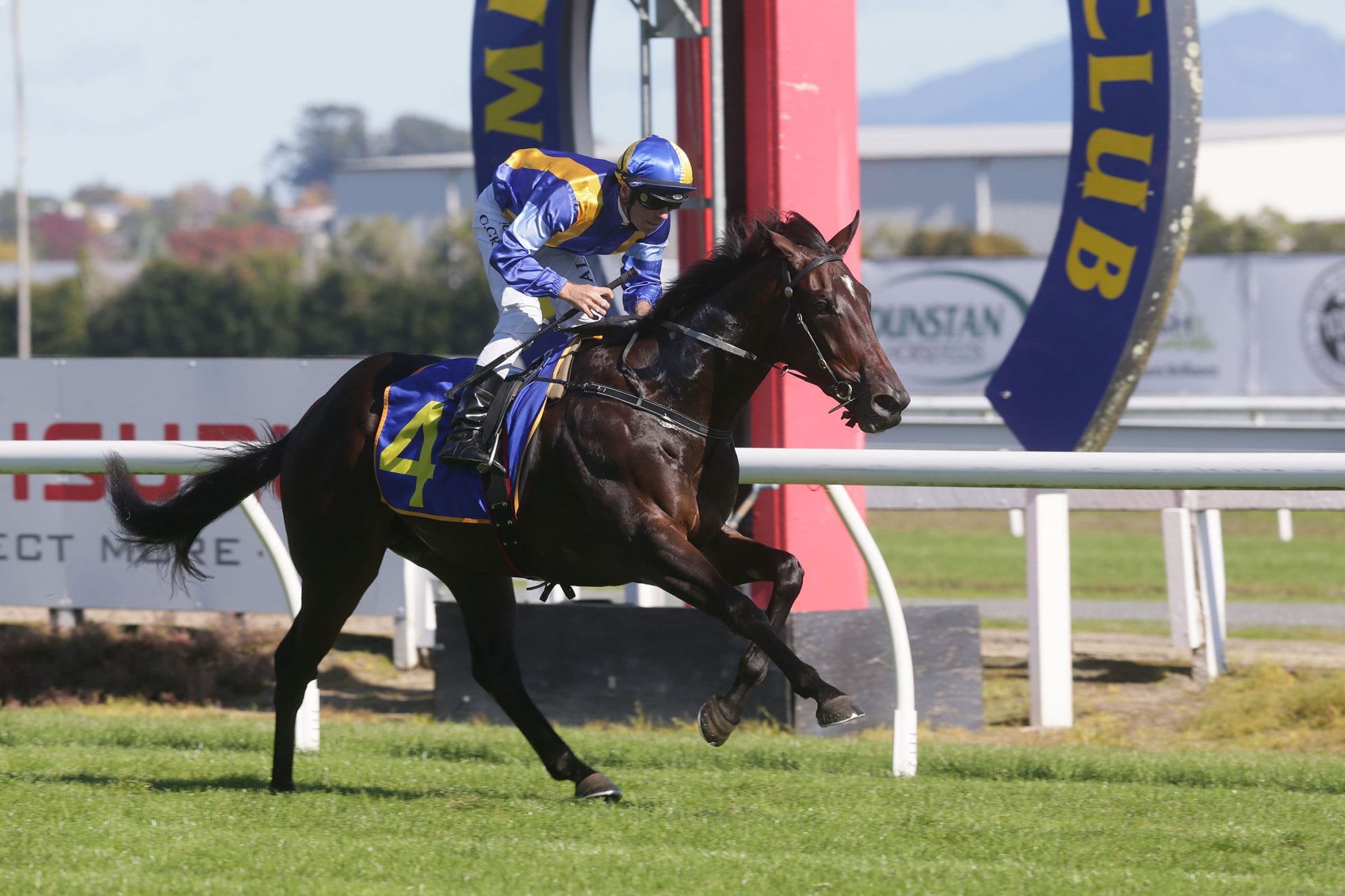 New Zealand two-year-old Turn The Ace went one better than his multiple Group One winning sire Turn Me Loose when he made a winning debut at Te Rapa on Saturday.

The Murray Baker and Andrew Forsman-trained youngster made his first raceday appearance in the same 1200m contest that his sire had kicked off his career in back in 2014, where he finished close up in second.

The Windsor Park-based stallion went on to carve out a stellar racetrack career, winning seven of his 20 career starts including the Group 1 New Zealand Two Thousand Guineas at Riccarton and the Group 1 Emirates Stakes (1600m) and Group 1 Futurity Stakes (1400m) in Melbourne, Australia.

A product of the first crop by Turn Me Loose, Turn The Ace showed he had inherited plenty of his sire’s dash as he sat outside the speed for rider Craig Grylls, before cruising clear in the home straight to win comfortably by one and a quarter-lengths from the fast-finishing Divine Sava with Irish Red close-up in third.

Forsman was delighted with the result as the gelding has a special family connection after he purchased him for NZ$30,000 out of the Cambridge Stud draft during the Book 1 sale at Karaka in 2018.

“Mum runs the syndicate and she put it all together with her and Dad taking a share in the horse,” Forsman said

“It was a super run and we were quite confident although you just never know what you are coming up against and whether you are going to get the luck you need to win a race.

“He was quite keen and wanted to get on with things as Craig said he wouldn’t come back to him for quite some way after they jumped.

“We’ll wait and see whether we give him another start or put him away for the winter.

“There is a nice race here next week (Listed, 1100m) but he would have to come through this one well to contemplate a start in that one.”

Windsor Park Stud master Rodney Schick believes the win will be the first of many for the progeny of Turn Me Loose who have been expected to shine as they matured.

“It’s just fantastic to see Turn Me Loose get his first winner over the line as he was a superior racehorse and has produced some lovely horses so far,” he said.

“There has been a great word around them and we’re very excited as we expect to see plenty more on the track from now on.

“I think it was also a special moment for race commentator George Simon to call Turn The Ace home as he and his wife Maryanne bred Turn Me Loose and I’m sure he got a real kick out of the result.”

Turn Me Loose will stand his fifth season at Windsor Park later this year with his service fee to be announced in the coming weeks.