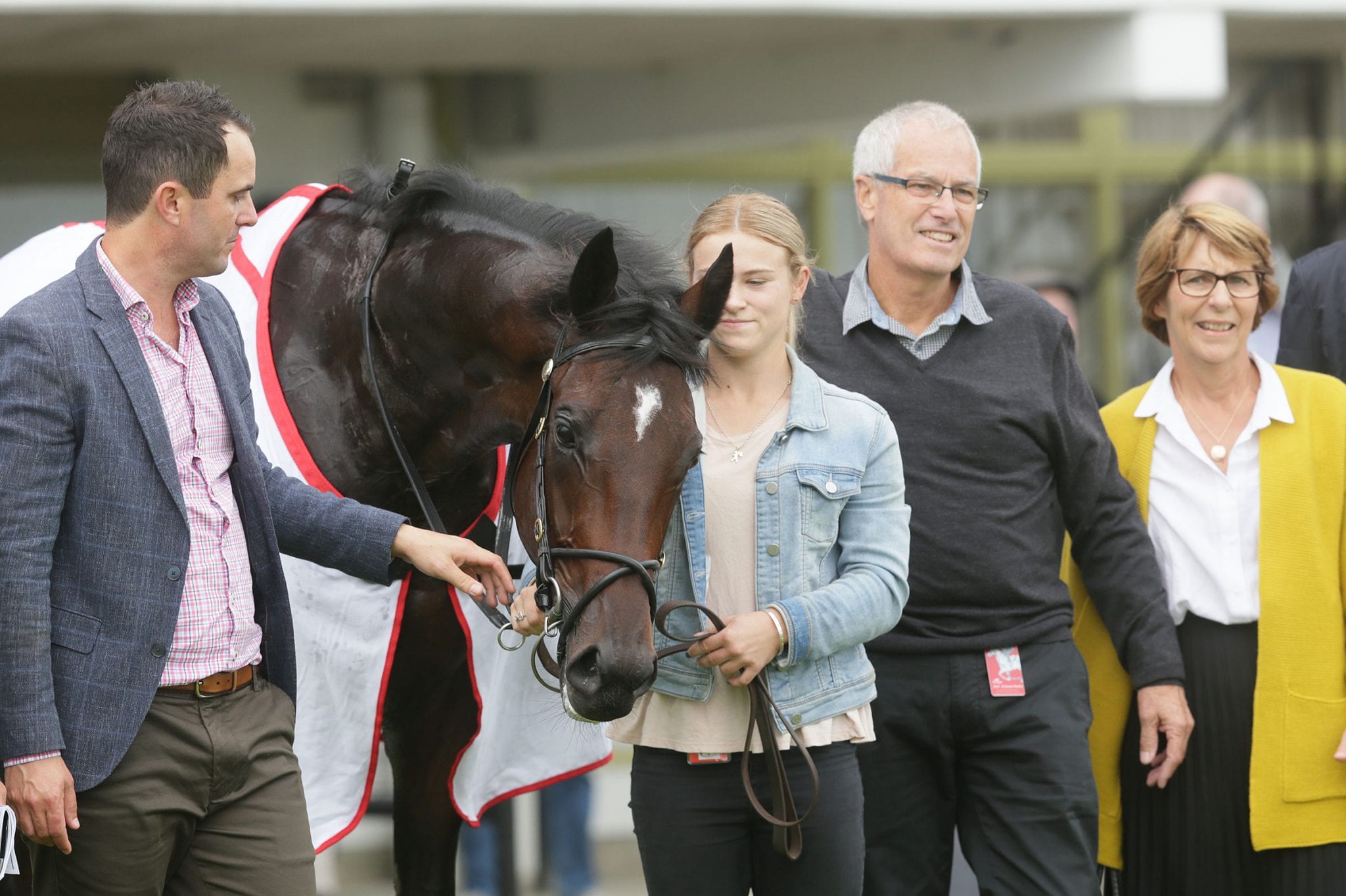 New Zealand couple Steve and Lynne Forsman can afford to laugh as they recall a conversation they had a decade ago.

At the time their son Andrew had decided to make a career change from his role in Trackside TV production to foreman for leading Cambridge trainer Murray Baker, with the prospect of becoming a trainer himself.

“Lynne wasn’t that happy, she felt he could be successful doing something else,” Steve said. “But I said ‘Leave him alone, the main thing is he’s learning how to work hard, and who knows, he might be a top trainer one day.’

“Of course we never knew just how successful he would become. We’re very proud of him; it’s been a lot of fun watching him develop and what he’s achieved alongside Murray.”

The Forsmans had some exposure to racing through Lynne’s father Merv Madren, an owner-trainer whose best horse was the five-time winner Bold Consul. Andrew was only a youngster at the time, and while he had some understanding of racing, his mother recalls that the spur was champion mare Sunline, who was at her peak during Andrew’s mid-teens.

A friendship with Murray Baker’s son Bjorn had led initially to a part-time role in the stable and Andrew signed on as Baker senior’s training partner at the start of the 2012-13 season, the year after Bjorn had relocated to Sydney. A hat-trick of training premierships from 2016 to 2019, including a record tally of 143 wins in 2017-18, have been highlights along with a string of feature race wins.

The most recent of those was last Saturday’s Listed Waikato Equine Veterinary Centre Stakes (1100m) with emerging stable star Turn The Ace. His sire is Windsor Park Stud stallion Turn Me Loose, who Baker and Forsman prepared for Group One wins in the New Zealand 2000 Guineas (1600m), Emirates Stakes (1600m) and Futurity Stakes (1400m).

And as good fortune would have it, Forsman’s parents are in the ownership of the leggy two-year-old, who has gone into winter quarters unbeaten after two trials and two raceday starts. In a whirlwind autumn campaign, Turn The Ace made a winning debut at Te Rapa on May 1 before backing up a week later for a narrow win over fellow Cambridge youngster Rangi Toa.

“We’ve been in other horses like Highland Park and Rhaegar, and the way it worked with this horse is Andrew said he had filled up half the ownership and if we wanted to come in, could we organise the other half,” explained Lynne, who works in the health sector as a newborn hearing screener while her husband puts his former dairy farming experience to good use with the Livestock Improvement Corporation.

“I’m happy to run the partnership and it’s been wonderful getting to know people we wouldn’t have known otherwise and to see the fun everyone’s having. One of them, Ian MacErlich, has been in a number of horses but Turn The Ace is the first that’s actually won. On Saturday he was so excited he could hardly talk.

“Andrew reminds us that not many horses are that good, and then you’ve got Murray saying things like it can be a game of heartaches. On Saturday we got a reminder of how your luck can turn when Rhaegar finished last just a couple of races after Turn The Ace had won, but right now we’re all feeling pretty happy.”

Steve and Lynne Forsman give credit to their son for the decision to back Turn The Ace up just seven days after his debut win.

“Those calls have got to be with Andrew and Murray; if you’re not experts you’ve got to trust your trainer, and in this case Murray left it to Andrew,” Steve said.

“As Andrew said, he had pulled up in good shape, he was eating and working well, so there was no reason not to run him. He’s earned a break and the short term plan when he comes back is mapped up to go to Christchurch for the 2000 Guineas.

“That would mean following the same path as Turn Me Loose, so here’s hoping it works out as well.”