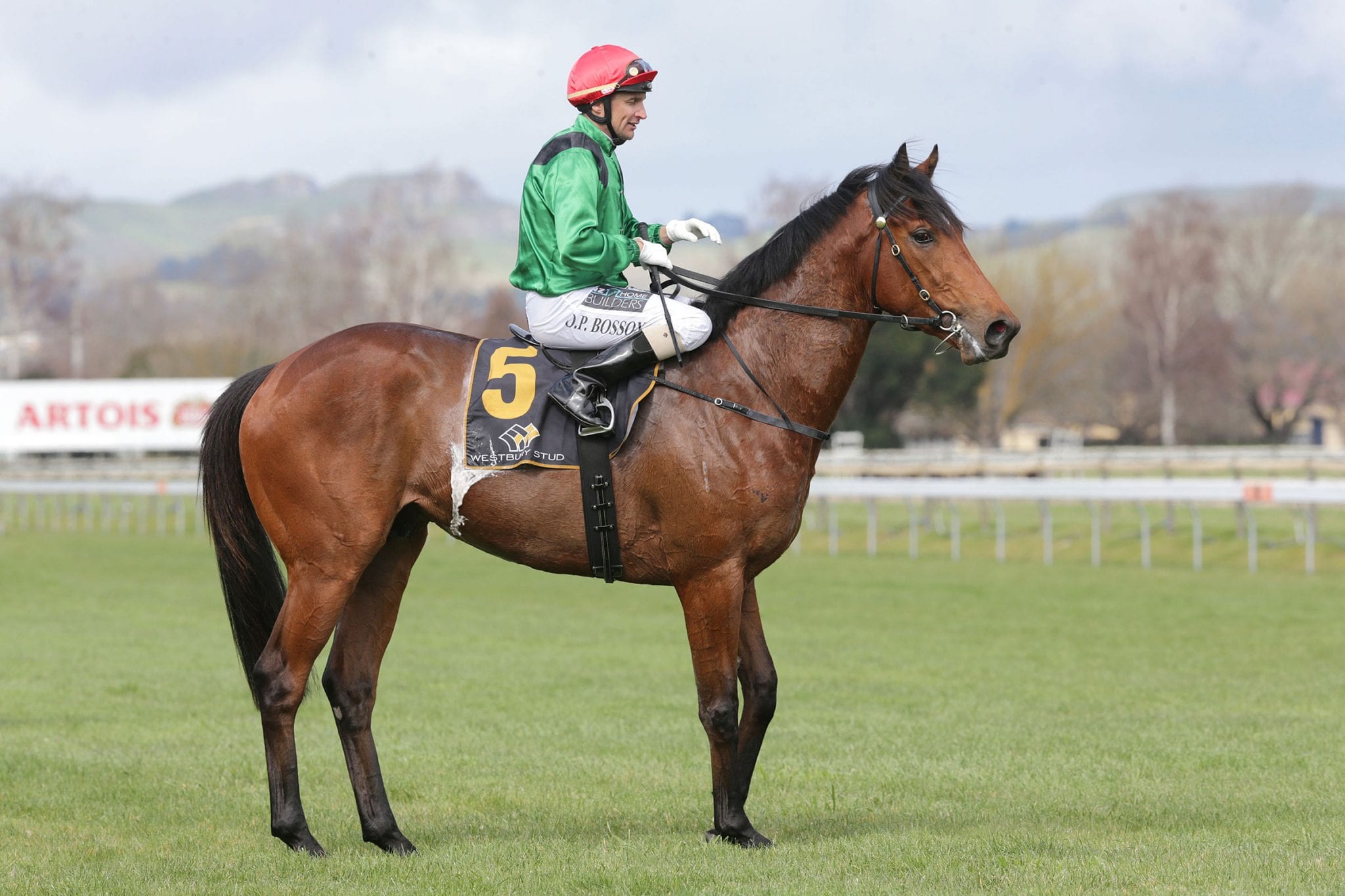 New Zealand trainer, Murray Baker, won’t be coerced into tipping one of his three two-year-olds over the others in Saturday’s Maara Grange 1200 at Te Rapa on New Zealand’s North island, but he has undoubted sentiment around the debut of Turn The Ace.

A winner of both his trials, Turn The Ace is a son of the Baker and Andrew Forsman-trained Iffraaj stallion Turn Me Loose, who secured his place at Windsor Park Stud through his Group One wins in the New Zealand 2000 Guineas (1600m) at Riccarton, and the Australian Emirates Stakes (1600m) at Flemington and Futurity Stakes (1400m) at Caulfield.

But it all began for Turn Me Loose in the same two-year-old race at Te Rapa back in 2014, when he finished second in the hands of Rory Hutchings.

“He could only run second that day but he won his next start at New Plymouth,” Baker said.

“He was a great horse for the stable and we’ve got quite a few of his stock and we’re pretty happy with them. We haven’t pushed them and I think you’ll find at three is when they’ll really come into their own. Turn Me Loose was a lot like that himself.”

Baker, who trains in partnership with Andrew Forsman at Cambridge, was thrilled with both Turn The Ace’s trial wins.

“He’s shown plenty of promise but it’s all very well doing it at the trials, they’ve still got to be able to do it raceday,” Baker said.

“We’ve got three really nice horses heading to that race but it’s a good race and it won’t be easy.”

Baker and Forsman’s other pair in the two-year-old race have both showed good ability at the trials.

Falkirk gelding Long Game has placed at both his trials and Snitzel filly Belladonna was impressive in winning the most recent of her three trials.

“They all look pretty talented but they are stepping out in good company and we’ll get a far better idea on Saturday,” Baker said.

Baker will also chase feature spoils at the Cambridge Jockey Club meeting with Spring Delight tackling the Group 2 Travis Stakes (2000m) after an encouraging fresh-up second at Te Rapa a fortnight ago.

“She went a good race at Te Rapa. This is harder and it might be a bit rich for her but we’ve got to have a go,” he said.

“She’s a five-year-old now and she’s going well. She’s a handy mare and it would be huge for her to get a Group Two placing for her stud value.”

Spring Delight is a +4000 outsider in the TAB’s final field market, which is headed by Savy Yong Blonk at +140 and Travelling Light at +200.

Baker and Forsman had also nominated Lubaya for the fillies and mares feature but were forced to withdraw her with a stone bruise.

Other runners for the stable at Te Rapa are Spirit Of Baz, Ironic and the balloted Hot Pinx.

Meanwhile, Baker has revealed talented three-year-olds Daqiansweet Junior and Joy Alone are in contention for Australian trips to the Queensland Winter Carnival.

“They are both possibles for Queensland,” Baker said.