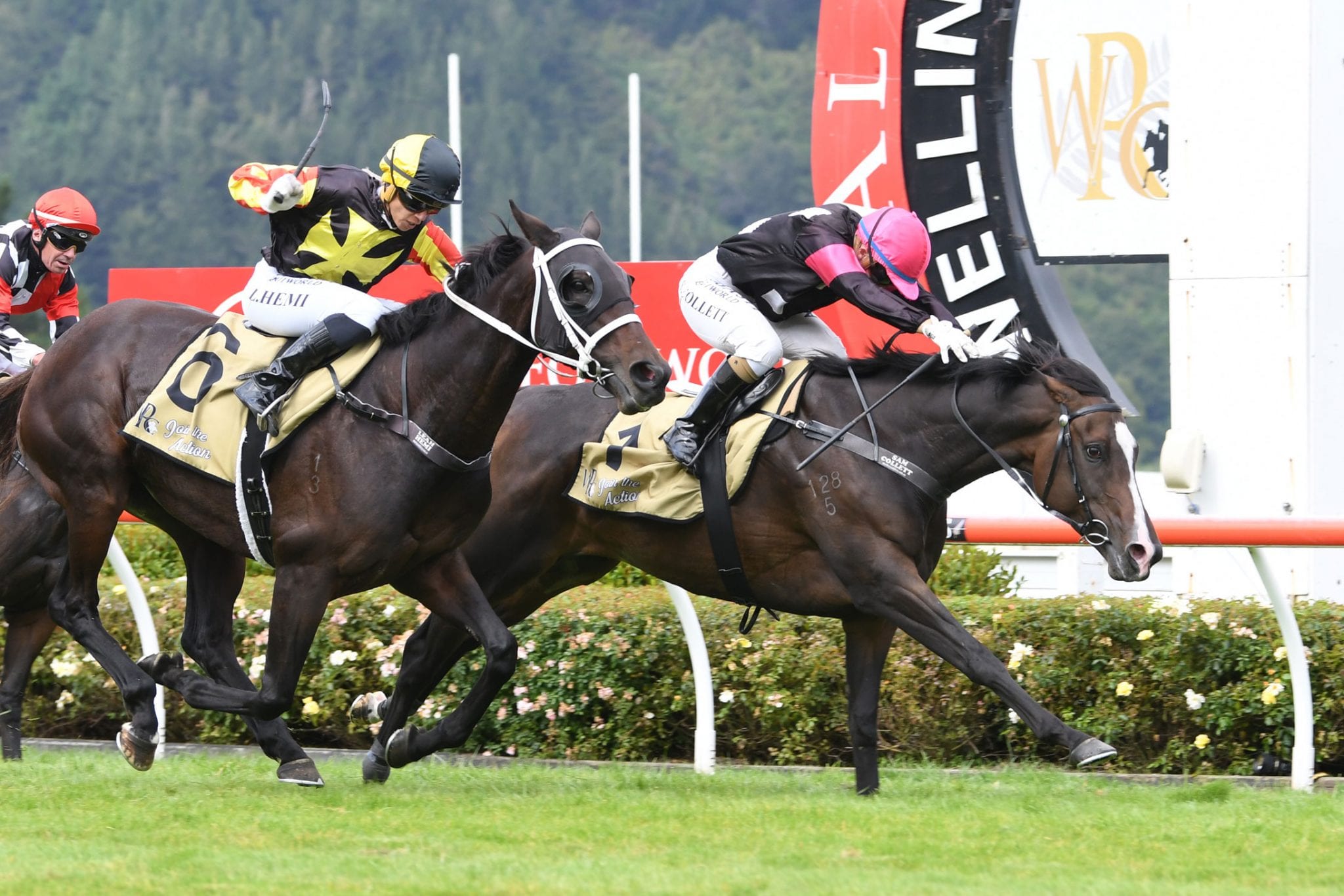 The abandonment of Te Aroha’s Group One meeting last Saturday could be a blessing in disguise for Coventina Bay.

The Taranaki mare was set to contest the Group 1 Fiber Fresh NZ Thoroughbred Breeders’ Stakes (1600m), but will now repeat the float trip a week later to race in the postponed feature now being run at Te Rapa on Saturday.

Trainer Robbie Patterson doesn’t believe the added travel will impact his mare and he said the venue change could work in their favour, with Coventina Bay having a strong record at the Hamilton track, including victory in the Group 3 J Swap Sprint (1400m) and second-placing in the Listed Legacy Lodge Sprint (1200m).

“That’s just racing, but it has ended up in our favour going to Te Rapa. That is our favourite track,” Patterson said. “She seems to ping off it pretty good there.

“She is the best traveller you would ever get. She has had plenty of practice now because everywhere she goes is a good four-hour trip away.

“She takes it all in her stride. It’s the first time she has had a night away and it went without any stress, so it will probably stand by her in the long run.”

The daughter of Shamexpress heads into Saturday in good form, having won three of her last four starts, including the Group 3 Cuddle Stakes (1600m) at Trentham last month, and placing in the Group 2 Rich Hill Mile (1600m) at Ellerslie on New Year’s Day.

She got up to win by a short neck in the Cuddle Stakes and Patterson said she will derive a lot of improvement from the run.

“She probably wasn’t as potent as people thought she would have been in that (Cuddle Stakes),” Patterson said. “I had her underdone for that in preparation for this race.

“When she won at Matamata (two starts back) I thought I had her a bit too forward and she slayed them that day. She won her next start and she has trimmed up perfectly for this race, I couldn’t be happier with her.”

With the Te Rapa track rated a Slow7 on Thursday, and rain forecast in the lead-up to Saturday, Patterson believes conditions will be ideal for his mare.

“The off track won’t worry her, it might take the speed out of a couple of other ones,” he said.

“Looking at the weather, the rail is going to be off, so it may be an advantage being back and getting a bit wider.”

“I would have loved to have Sam on, she is my stable rider, but she has got to make the right choices for herself,” Patterson said.

“But Craig is one of the top jockeys and he is a good fella. He has only had two rides for me – he ran third in a Waikato Cup and second on the same day with another horse, so a win would be good.”

Coventina Bay will jump from barrier seven in the eight-horse field and Patterson said that draw will allow her to follow her usual racing pattern.

“She will go back from that spot and hopefully she has Levante inside her and try and cover her up and try and get a break on her before she gets out because we know what she is like,” he said.

Patterson is also looking forward to getting a gauge on his mare in elite company ahead of next season.

“We will find out where we are against some really good mares,” he said.

All going well, Patterson is leaning towards returning to Te Rapa in a fortnight to contest the Group 2 Travis Stakes (2000m) with his mare.

“If she goes good and comes through it well I will have a look at the Travis Stakes in two weeks, back at Te Rapa,” he said.

Patterson is planning to press on for one final run and give Coventina Bay a longer spell over winter and bypass the Hawke’s Bay spring carnival.

“I probably won’t bring her up for the early spring races in Hawke’s Bay,” he said. “It is hard for us in Taranaki to get them ready in the winter time with our deep tracks, so I will give her a good break and target races in late spring, early summer.

“She is only starting to mature now, so all the little kinks in her armour have come right now and she is a really happy horse. We have just figured her out I think, so next year will be her year.”