Sulky Sheezallmine to bounce back at Ellerslie 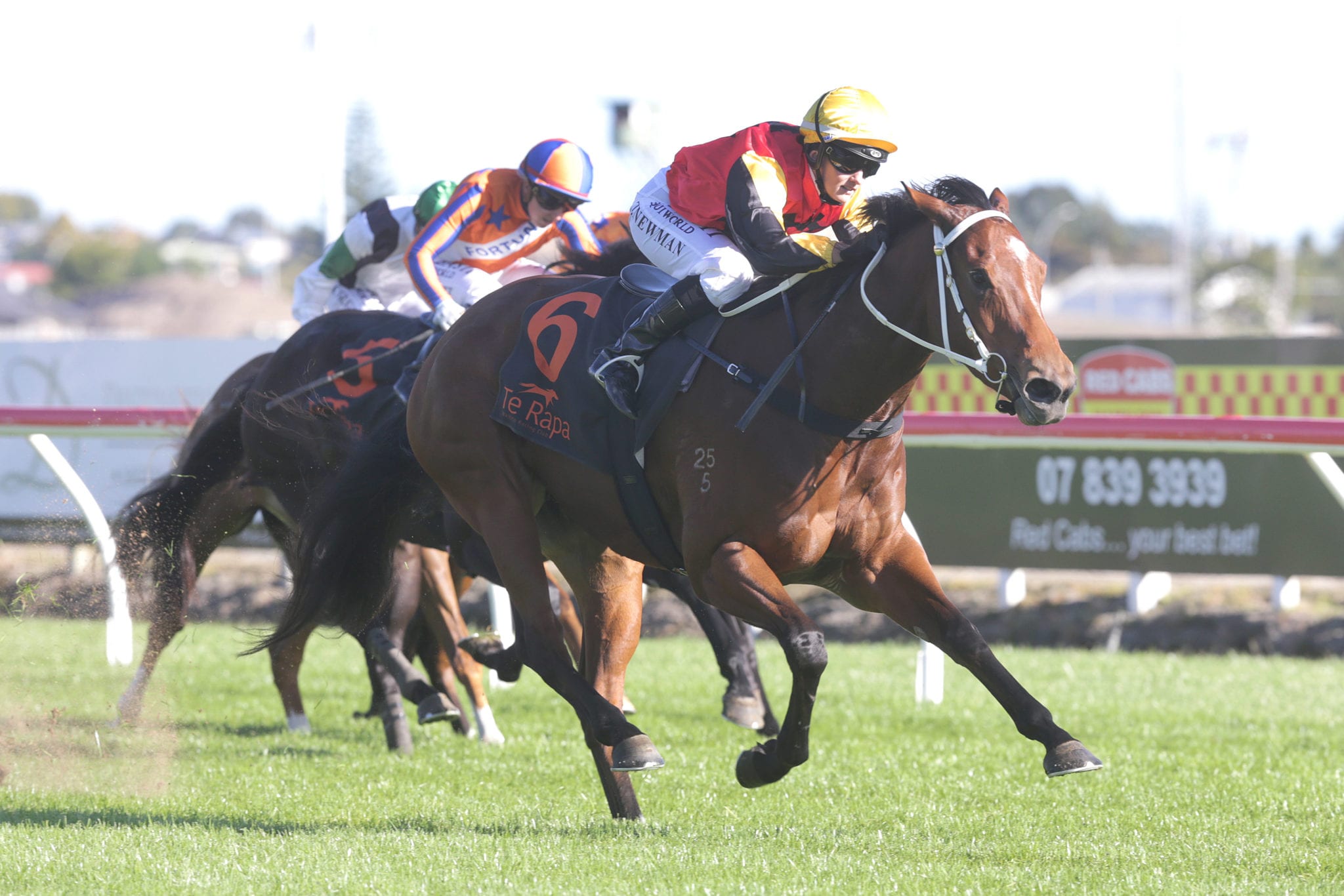 Group 3 winner Sheezallmine will attempt to get back into winning form at Ellerslie on Saturday when she lines-up in the Dunstan Feeds 1200. The daughter of Super Easy finished unplaced last start in the Group 1 Telegraph (1200m) and trainer Daniel Miller said the mare just didn’t settle down in Trentham.

“She just sulked from the moment she got to Trentham, the day before, up until she raced,” he said. “She didn’t eat or drink anything and it really showed in her performance. “I think that when she travels, you have to be there for a matter of weeks to get into a routine and she just didn’t cope. “We’ll just look at staying closer to home, keep her in her routine, and I think she will change that form around pretty quickly.”

Miller has been pleased with Sheezallmine since that run, particularly in her 1050m trial at Tauranga last week, beating home 10-time Group 1 winner Melody Belle into second behind Bostonian. “She is really well, I couldn’t be happier with how she has been going,” he said. “Her work has been fantastic and she seems to be in a pretty good headspace, so I am expecting a bold showing. “She had a really nice trial in a pretty nice field and I said to Tegan (Newman, jockey), we’re not there to have a hard hit-out, we’re just going for a day out because it was going to be a month between runs. “I just wanted to get her off the property and she trialled really well.”

Sheezallmine has drawn a plum barrier on Saturday and Miller is expecting a strong performance from the mare, who has been installed as a $2.90 favourite for the race. “She has drawn one, which is perfect for her,” Miller said. “She has got a lot of natural speed and she is the type of horse where you just have to ride her how she wants to run. From one she will have every chance.”

Newman will reunite with the four-year-old and attempt to keep their perfect record intact. “Tegan has had three rides on the horse for three wins,” Miller said. “She gets on well with the horse and I thought it was just a good chance for her to get back on her.”

Miller said he has no firm plans with Sheezallmine and is just concentrating on Saturday’s race at this stage. “It’s just one run at a time at the moment, I don’t have anything major in store for her,” he said.

Miller will also line-up React in the Papatoetoe Glass 1200, while Lavaglo will contest the Auckland Co-op Taxis 2100. “React is a nice enough filly and she is only lightly tried,” he said. “She trialled up really well (over 1000m) on Tuesday and ran a strong second. “I threw her in just for the fact that there were no (rating) 65 1200m races around. She seems to have pulled up well, has a light weight with a claim on, so she should run a good race.

“Lavaglo has been working great. She has gone a couple of cracking races this time in. I think up to 2100m is really going to suit her. “Michael McNab (jockey) approached me after her last start asking if he could ride her, so that says something.”

Meanwhile, Miller said he is enjoying his new surrounds at his Matamata property and he said it has been a busy time of late at the stable. “It’s going really well. Everything is working out good. It’s starting to get busy now, we have got 18 in work and it will be up to 20 by the start of next week.”

Those numbers will increase further with a number of yearlings set to join the barn for educating, including a full-brother to La Romanee, who Miller trained to win the Listed Welcome Stakes (1000m).

His parents, John and Maree, went to $40,000 to secure the colt out of Brighthill Farm’s New Zealand Bloodstock Book 2 Yearling Sale draft, and Miller is already impressed with the yearling. “He’s a full-brother to La Romanee, a nice two-year-old we have got. He looks like a two- year-old type already, so I am looking forward to getting him in and breaking him in.”

“They (parents) have picked up a few nice horses. Fair credit to them, it is pretty hard to make money in this game at the moment and they are going alright. It is good to have their support.”