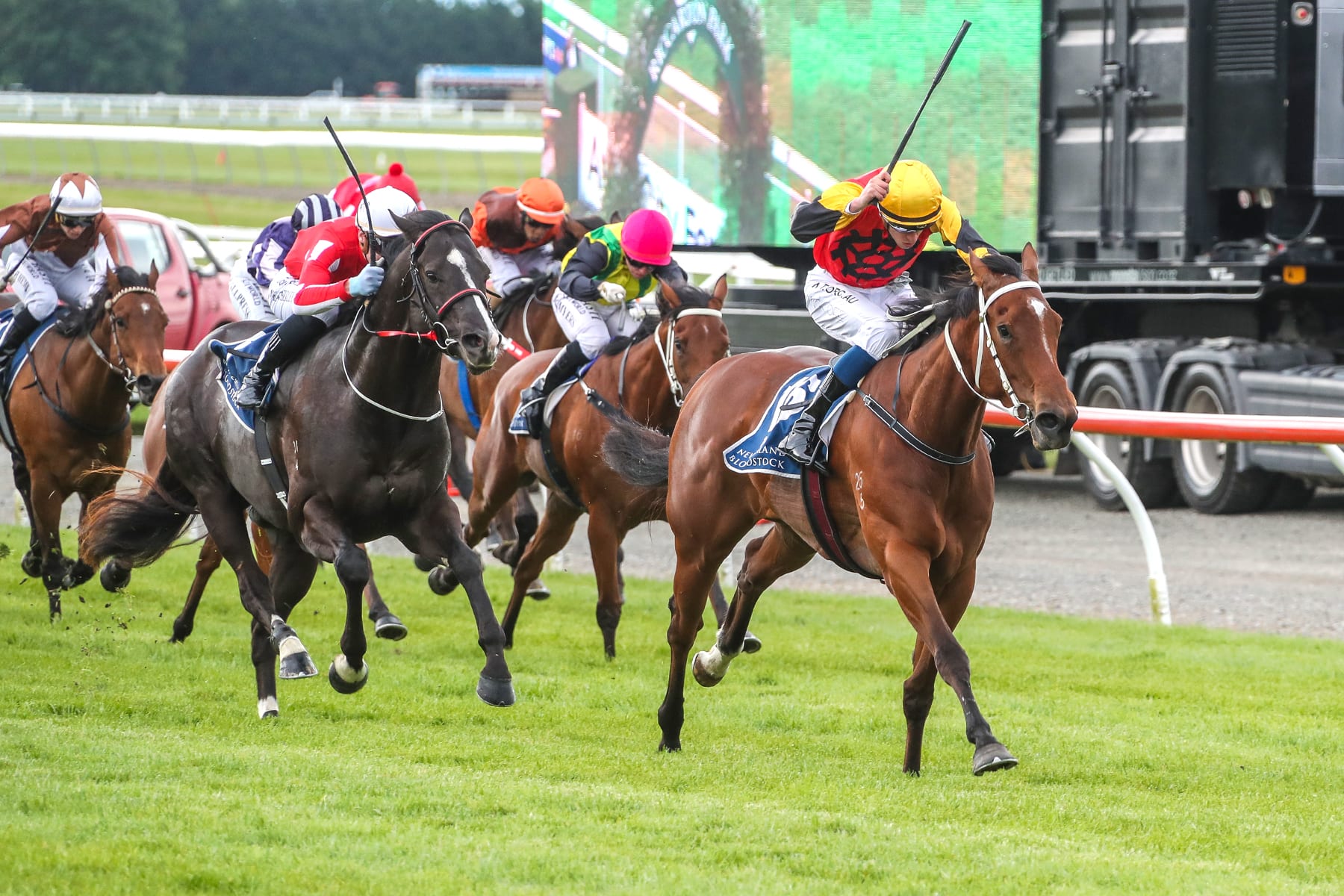 Melbourne-based jockey Michael Dee made a fleeting visit to Riccarton on Wednesday to join forces with emerging trainer and long-time friend Daniel Miller and the pair combined for a double, including Group 3 success in the Lindauer Stewards Stakes Handicap (1200m) with four-year-old mare Sheezallmine.

Miller’s parents, John and Maree, bought Sheezallmine for just $1000 as a yearling from gavelhouse.com and the lightly-raced speedster has now won five of her nine starts, with a Group 3 victory adding to a last-start stakes placing.

Dee (23) and Miller (22) have both come through the equine ranks together and both are on a path to excellence in their respective trades. “Dan and I have been good mates for ages, way back to the showjumping days, then when we worked together at Te Akau (Racing Stables),” Dee said. “All credit to Dan, he is doing an absolutely fantastic job with all of his horses. He has only got a small team, but they are all winning.”

Dee rated Sheezallmine to perfection to win by just over a length to defeat race favourite Sensei, who found the line well for second after being held up momentarily. “We just utilised her very good gate-speed from barrier one and we were able to get quite a nice lead. That was probably the main thing today. I wanted to get a nice, soft lead just so we could get a good kick off the corner when straightening up. She did that, but still did a lot wrong in the straight. “I wanted to follow the rail the whole way up, but she wanted to get out there on the middle. But to her credit she was strong through the line.”

Dee, who has ridden 451 winners since relocating to Victoria in January 2015, said the mare would compare favourably across the Tasman. “She is definitely city class, that is for sure. She could measure up to black-type on Saturdays over there,” he said.

For Miller, a former jumps jockey turned trainer, the result was the biggest in his burgeoning career, but there is unquestionably more to come from the talented horseman. “It’s crazy. I am lost for words,” an emotional Miller said. “She is the first horse I have trained for Mum and Dad, the first horse I broke in for them and took to the trials and races, and she was my first winner.

“She has been a great horse for me and she is no longer a $1,000 horse they bought off gavelhouse. She is now one of the better sprinters in New Zealand. “Mick told me before the race that if he could get a soft lead and get some easy sectionals and kick away at the top of the straight, that she could hold them off, and she did exactly that. He rode her beautifully.”

Miller was initially keen to run Sheezallmine in the Group 3 Valachi Downs Canterbury Breeders’ Stakes (1400m) earlier in the program before reverting to the shorter option. “I ummed and ahhed which way I was going to go, but in my heart I felt she was a 1200m horse and I am glad I trusted my gut and went with this race.”

Matamata-based Miller has enjoyed a fruitful southern campaign with five wins, a second and a third from 14 starts over recent weeks and is hoping to round it off on another high note at Riccarton on Saturday with La Romanee in the Listed Barneswood Farm Welcome Stakes (1000m).