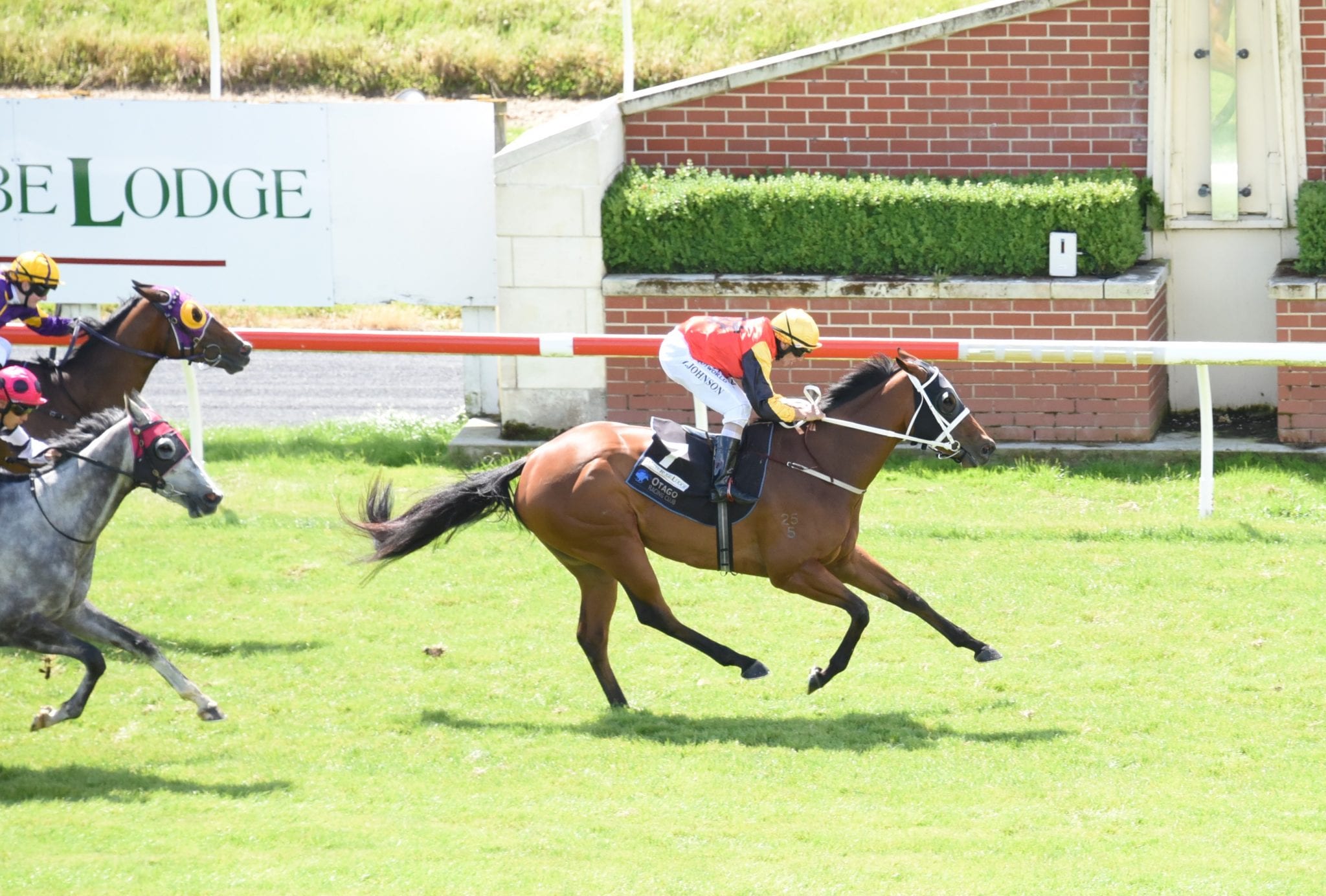 Matamata mare Sheezallmine gave her southern rivals a galloping lesson when she strode away in the home straight to take out the Listed Alleviate Administration Hazlett Stakes (1200m) at Wingatui. The Daniel Miller-trained five-year-old had trekked south off the back of a handy performance for sixth behind Levante in the Listed Haunui Bowl (1100m) at Pukekohe last month.

Miller hasn’t been afraid to travel his charge, giving her an extended campaign in Christchurch last season where she picked up her first stakes victory when successful in the Group 3 Stewards Stakes (1200m) during the 2019 New Zealand Cup Carnival.

Chris Johnson took the mount on Saturday and produced a gem of a ride, settling his mount beautifully behind the pace before charging home along the rail in the straight to win untouched by just under two lengths.

Miller was thrilled with the win for the Super Easy mare who is owned by his parents John and Maree. “It was nice to get a win like that as she had been going good races without a whole lot of luck,” he said. “She came down with my foreman Mason Stephens and he told me she had travelled and settled in well, so we were quite confident before the race.

“She never used to be that good a traveler, but I think the trip away to Riccarton last year really helped settle her down and she was ready to perform today. “When I put the saddle on, she was carrying on a bit and calling out to the other horses, so I thought she was ready to go.”

Miller was quick to pay tribute to Johnson, who recently broke the record for most wins by a New Zealand jockey, for his handling of Sheezallmine. “It was a great ride by Chris, but that is what you expect from someone of his status and ability,” he said.

“I’m just not too sure what we are going to do with her next now. “We might keep her down here as there seem to be a few options for her, but I won’t be making too many decisions until we see how she comes through the run.

“She definitely appreciated a little cut in the track today, but in saying that she has gone some great times on top of the ground, so I don’t think she really minds what she runs on. “The moisture in the ground today will help her get over that effort, so it will give us a few options to consider.”

Sheezallmine has now won six of her 17 starts and just under $170,000 in prizemoney.