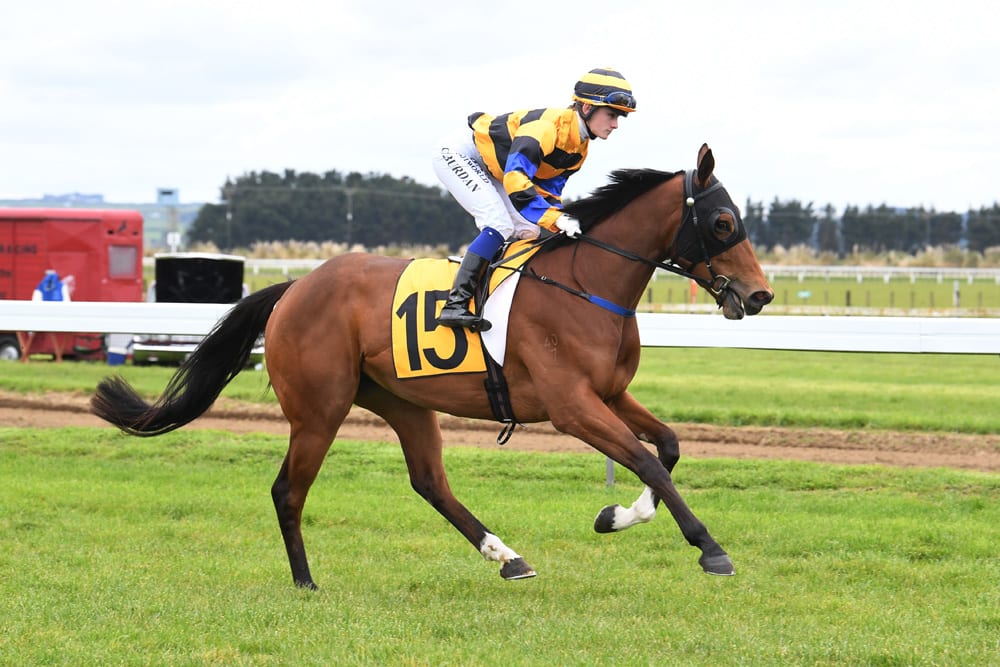 New Plymouth trainer Robbie Patterson is hoping third time’s a charm for Regal Ruby when she contests the NZB Insurance Pearl Series Race (1400m) at his home track on Friday. Patterson was pleased with the filly’s last start runner-up effort last month but believes she will improve after a recent procedure.

“She had a woman’s problem that we fixed up after the last race, which was giving her aggravation so she had a caslick done,” Patterson said. “The 1400m will suit her better as long as the rail is not too far out. We had a bit of rain last night and it’s drying today (Thursday) but the rail could be out. “She will be a big chance.”

Stablemate Bold Bette also finished runner-up last start and Patterson said she will appreciate the drop back to 1400m in the Bunnings Maiden 3YO. “I just wanted to run her over 1800m last time, but we have freshened her up and brought her back to 1400m,” he said. “If she can position midfield from her draw (15) I think she will be pretty hard to beat.”

Bold Bette will be met by stablemate Puntura who finished fifth on debut. “It was a good run, but he’s a big dumb bugger, he will take a bit of time,” Patterson said. “But he will roll forward and put himself in the picture. I would be happy if he could place.”

Fellow three-year-old Klaasen will be vying to make it back-to-back wins in the Mason Appliances 1200 after winning on debut at New Plymouth in August. “He is a bit of a goon, he does a lot wrong,” Patterson said.

“Bryce Revell’s horse (Sacred Palace) is going to be hard to beat, he is going to be a class horse. “This guy is a good horse too, but he does a lot wrong. If he does it all right he will be fighting out the finish with Bryce’s horse.”

Patterson will also be kicking off the careers of a couple of debutants in Sir Baldrick and Nun Hissing. “They are both treating it as a trial. Whatever we get out of it will be a bonus,” he said. “Sir Baldrick trialled up well last time but he has got a lot of improvement in him.”

Earlier on the card Our Fair Trade will jump from barrier 11 in the Primo Wireless Maiden (1800m). “He’s not very tough, but it’s not a strong field,” Patterson said. “He is a proven horse and if he can run in the money we will be rapt.”