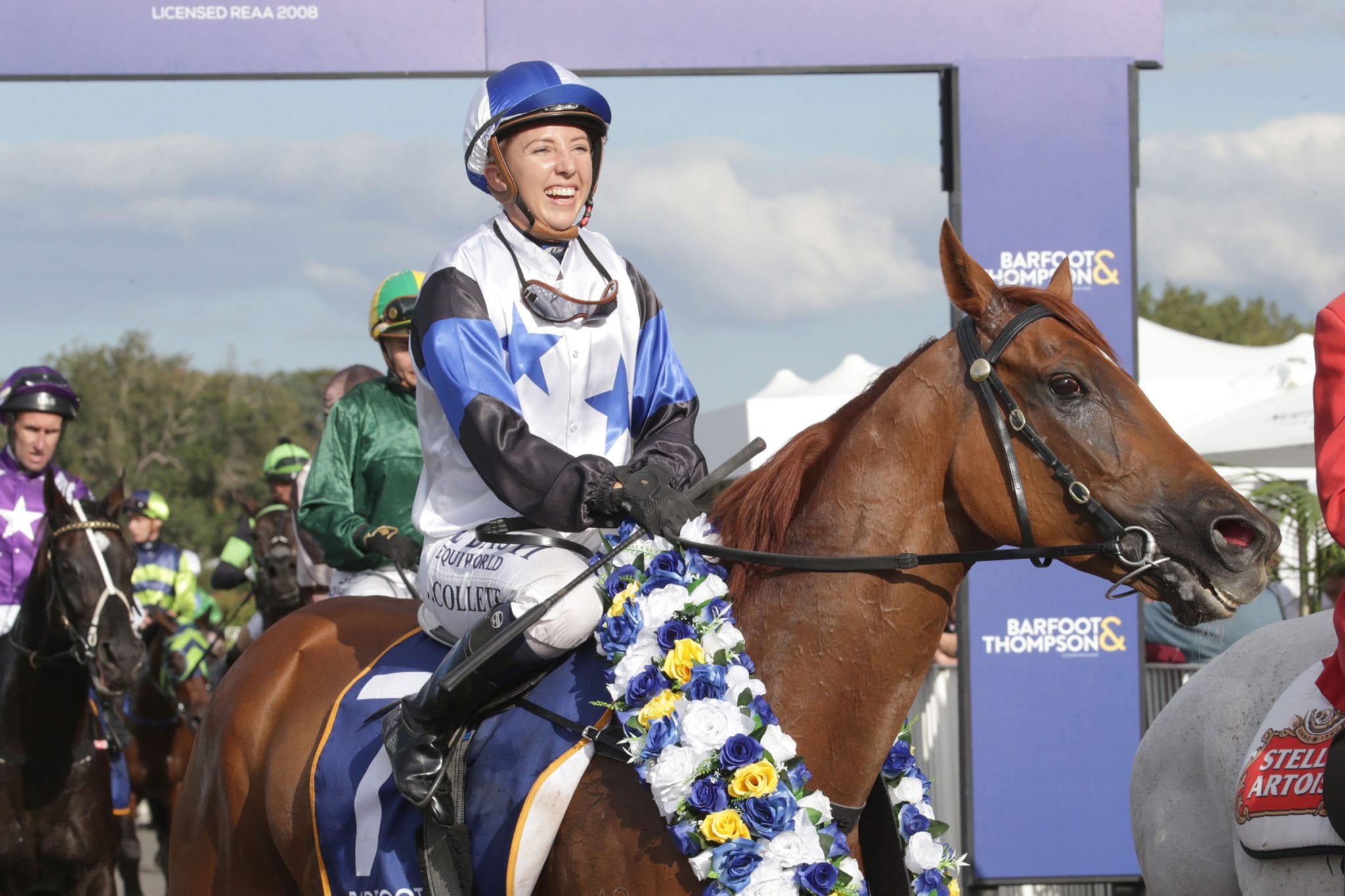 The Collett-McKay household will be a bit empty over the coming month.

While Shaun McKay will be plying his trade in Melbourne over winter, his partner and fellow jockey Samantha Collett will head to the warmer climate of Queensland to partner a couple of familiar mounts.

“I am fortunate enough that (New Zealand trainer) Robbie Patterson and his owners have entrusted me with the rides on their two horses – Coventina Bay and Puntura.

“They are both meant to trial at Caloundra on the first (of June), and Coventina Bay’s aim is the Stradbroke (Group 1, 1400m) on the 12th and there is a Group Three race for Puntura as well.”

While booked for the two mounts, Collett is also keen to pick up other rides in the Sunshine State.

“I think the horses will be based with Barry Baldwin, so I will try and ride as much outside work as I can and see what eventuates. I will try to make the most of my trip there.”

Collett has had previous riding stints in Asia and Australia, and she is looking forward to once again testing her riding skills on the international stage.

“I have been fortunate enough to have done quite a bit of travelling,” she said.

“I have ridden in Japan and Macau, and I was lucky enough to ride Sir Slick in the Doncaster, and I went back and rode him in the Hollindale Stakes and Doomben Cup. I also rode in the state of origin jockeys series in Brisbane at the end of 2019.

Collett is also hoping her ability to ride light will assist her in attaining more rides.

“Last time I went over I went to ride Sir Slick and I managed to pick up a ride on one of Robert Heathcote’s that Michael Walker couldn’t make weight on when it had 53. I am a natural lightweight, so that is helpful.”

While it is tempting to escape New Zealand’s cold winter, Collett said she won’t be able to stay for the remainder of the season due to responsibilities back home.

“We have got a farm here to look after at home,” she said. “The responsibility is up to me to look after things while Shaun is away. I have got to try and find someone who is going to look after the property for us, which is the only thing that would mean I would come back.

“I will see how long I stay over there, but my intention is to spend most of June there.”

Collett is also looking forward to a change in scenery ahead of the upcoming season, and she said it is a good time for a break considering she isn’t in premiership contention.

“I can’t win the premiership this season,” she said. “My goal is to ride 1000 (career) winners and I think it is important that I have a bit of a freshen-up before next season and hopefully escape a bit of the cold.”

Meanwhile, Collett will have eight rides at Rotorua on Saturday where she rates The Good Fight as a solid chance in the Group 3 Campbell Infrastructure Rotorua Cup (2200m).

“He doesn’t have the best wet track form, but I think he is a quality stayer and he carries a nice, light weight (53kg) as well,” she said.

“I know he will run the trip out, even if conditions are testing.”